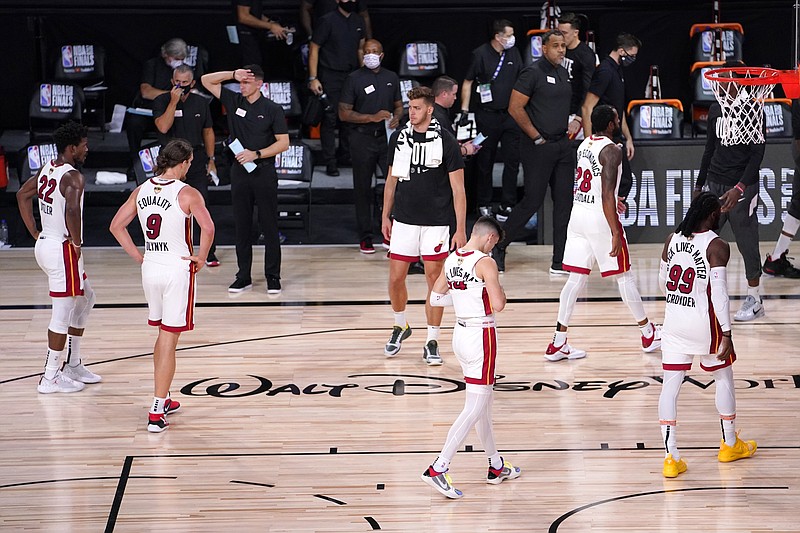 For the Miami Heat, the mission may be even more simple: Get one victory and make this a series.

Game 3 of the NBA Finals is tonight, the Lakers holding a 2-0 lead in the title matchup -- putting the franchise within reach of a record-tying 17th championship, LeBron James closer to his fourth ring and Anthony Davis perhaps a few days away from his first crown. They know desperation is coming from a banged-up Miami team, since Game 3 is almost certainly a must for the Heat.

"We're never giving up," Heat forward Jimmy Butler said. "We're going to fight and we're going to ride with this thing until the wheels fall off. It's not over. We're just down 0-2, so we've got to do something special. We're capable of it and I wouldn't want to be in the trenches with any other guys except for the ones that we have."

Thing is, Butler isn't certain which guys will be in those trenches today.

All-Star center Bam Adebayo missed Game 2 with neck and shoulder problems, while starting point guard Goran Dragic also couldn't play because of a torn left plantar fascia. Adebayo is hopeful that he could be well enough to play today; Dragic wants desperately to be out there as well, but the Heat have concerns about how painful it would be for him.

Saturday was scheduled to be a day of more round-the-clock treatment for Dragic and Adebayo. If the Heat get either of them back, it's a bonus.

"We can either fold or fight like the Miami Heat do," rookie guard Tyler Herro said. "We know what kind of team we are. We know what we are capable of. Next game, we are going to fight and make some plays. It's not going to be easy."

The Lakers also say the same. They are, however, making things look easy.

The biggest stat differences in the first two games are the Lakers outscoring the Heat by 27 points from 3-point range (the total difference in scoring between the teams is 28) and a 25-11 edge so far in offensive rebounding.

"We know we have something special with us two and this team, and just trying to capitalize on it," Davis said.

Being in the NBA Finals 10 times now means James has seen just about everything, which also means he can sound whatever alarm he wants.

Only four teams have come back from 2-0 deficits in the finals. James was on the most recent club to do it, the 2016 Cleveland Cavaliers who were down 2-0 and 3-1 before rallying to beat the Golden State Warriors in seven games for his third title.

Heat Coach Erik Spoelstra was an assistant coach in 2006, when Miami rallied from down 2-0 against Dallas for that season's championship. Like James, he knows it can be done.

"What will it take? Whatever is necessary. It's simple as that," Spoelstra said. "If you want something badly enough, you'll figure it out. Our group is extremely stubborn, persistent, and we just need to figure out how to overcome this opponent. And that we respect the quality, high quality of opponent that we're playing. You've' got to figure it out and overcome it."

There does seem to be a clear sense outside the Miami and Los Angeles locker rooms that the series is over.

There are already questions being asked about whether James or Davis should be the NBA Finals MVP. Whomever was at the controls of the social media accounts for the National Basketball Retired Players Association on Friday night predicted Game 2 would be a 91-point win for the Lakers.

"You know, we are not there yet. We have a long way to go," Lakers Coach Frank Vogel said. "This is a very resilient basketball team that we are playing and a team that just flew through the East. We have great respect for them. But those guys are playing at an extremely high level, and hopefully we can get two more wins." 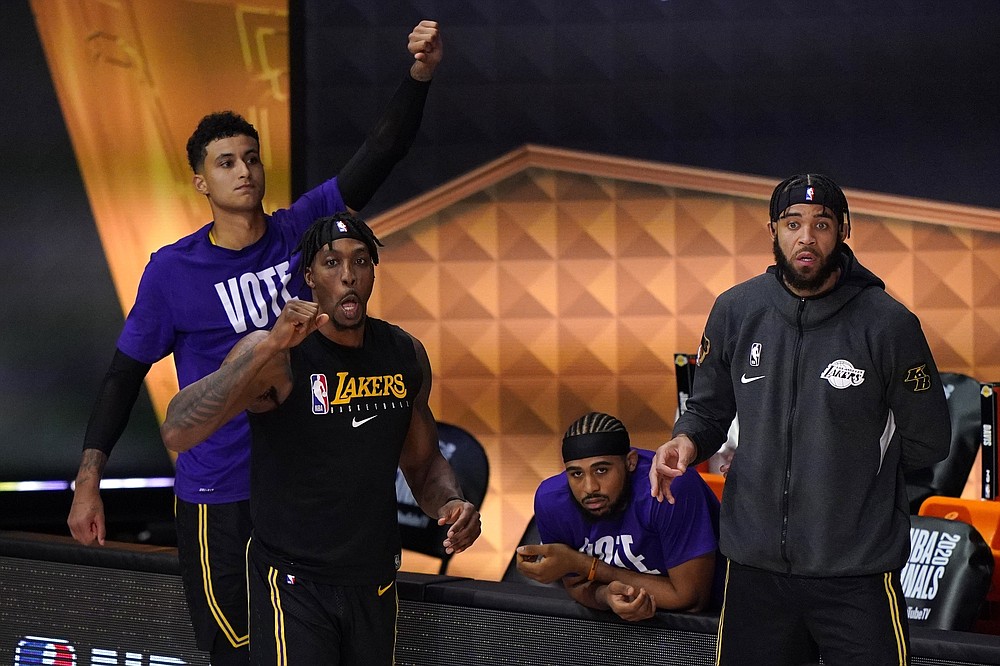 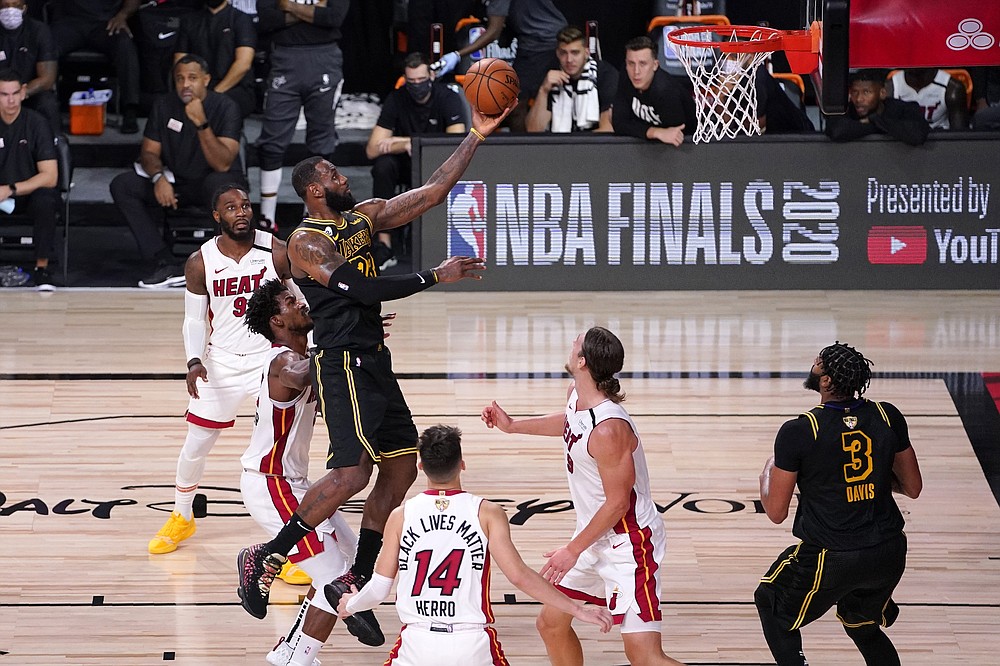 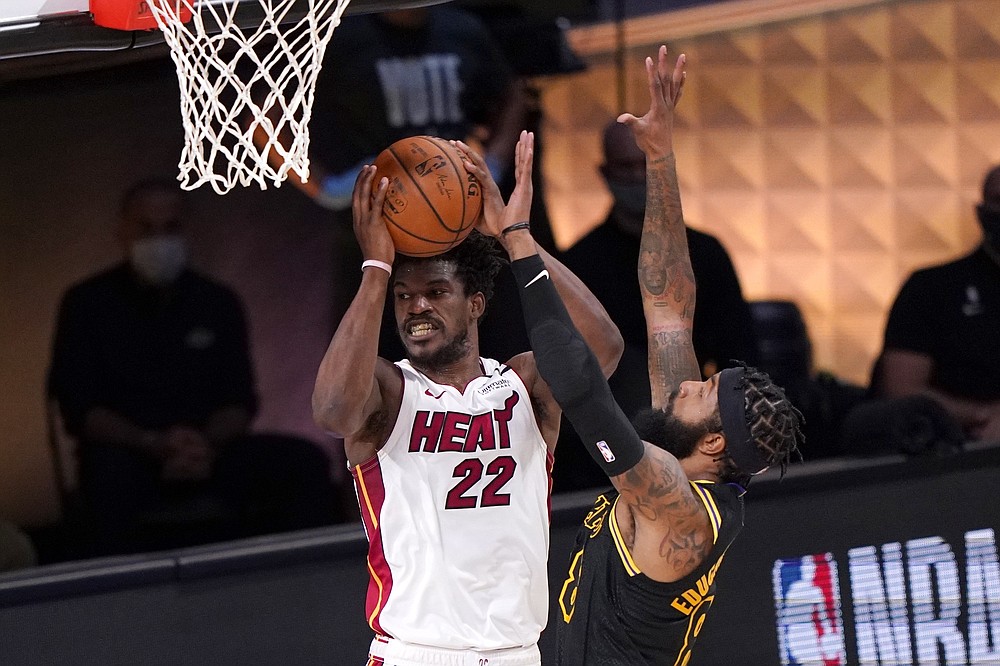