Mystery plants for the last week of September 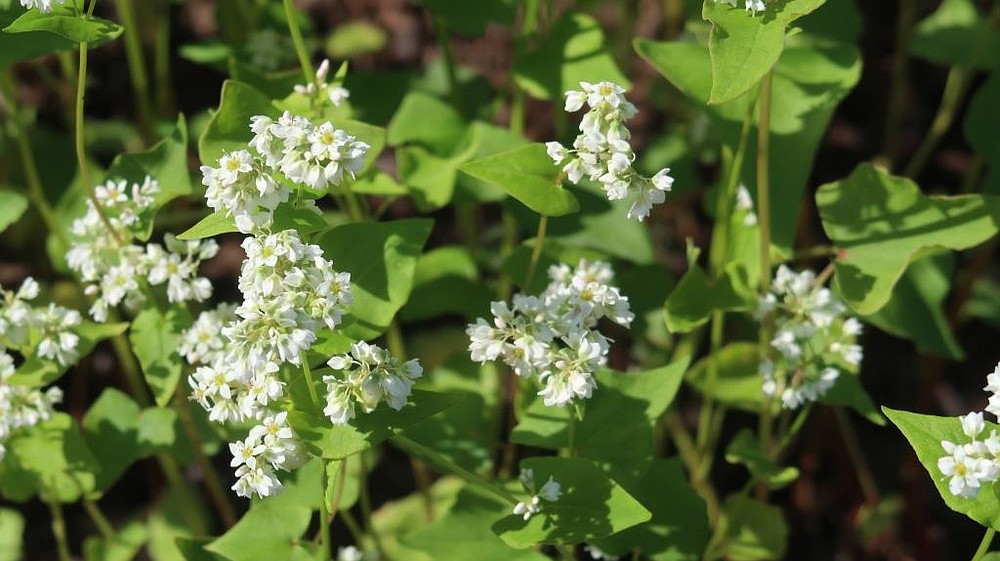 Buckwheat - Fagopyrum esculentum is an annual that is used as a green manure crop to add nutrients back into the soil, and it is also a great plant for bees and other pollinators. I was at the MG garden at the Arkansas 4-H Center- the Garden at the Vines this past week getting pumpkins, and took a tour of the garden with some of the MG’s. 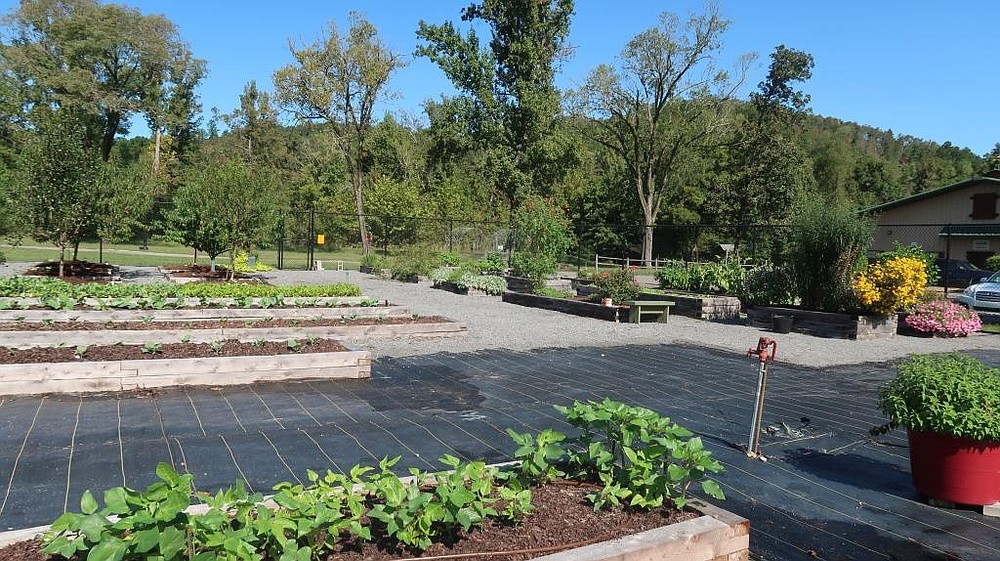 They planted this buckwheat near their bee hives and it was humming with activity. 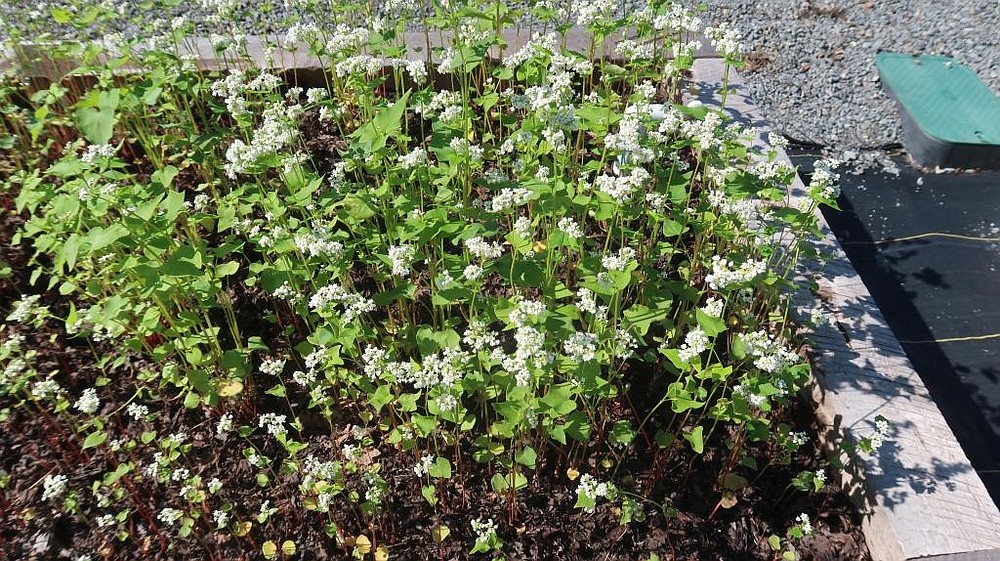 It grows quickly and forms a dense covering helping to prevent other weeds. The fine roots help to loosen the topsoil, and when tilled into the soil it adds nutrients back into the soil. If you don’t want it to reseed itself, you need to cut it back to prevent seed set. It is sensitive to a frost so is not a winter cover crop, but a warm season one. 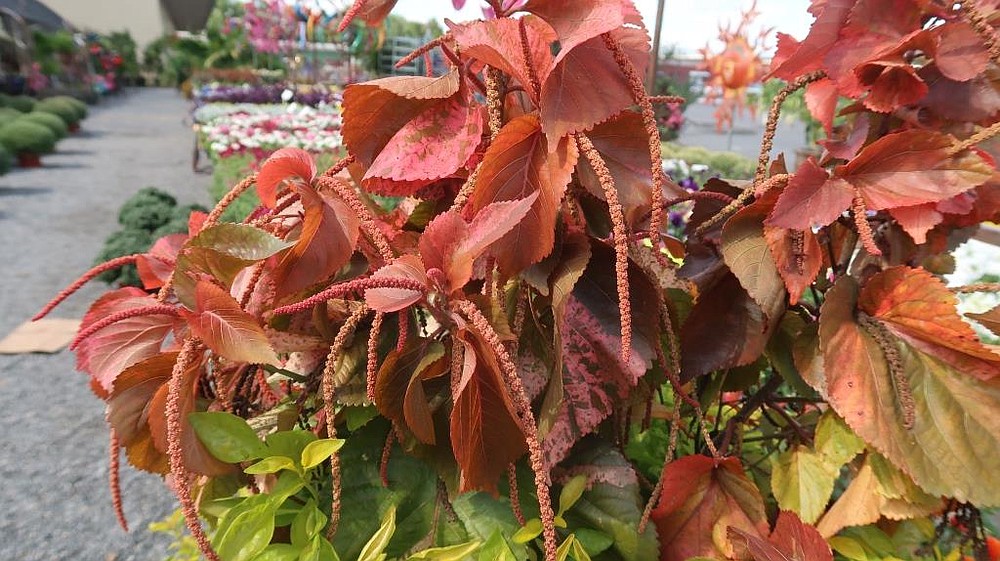 is grown as an annual or tropical plant in Arkansas. Native to Fiji, the most common variety has stunning copper colored foliage. 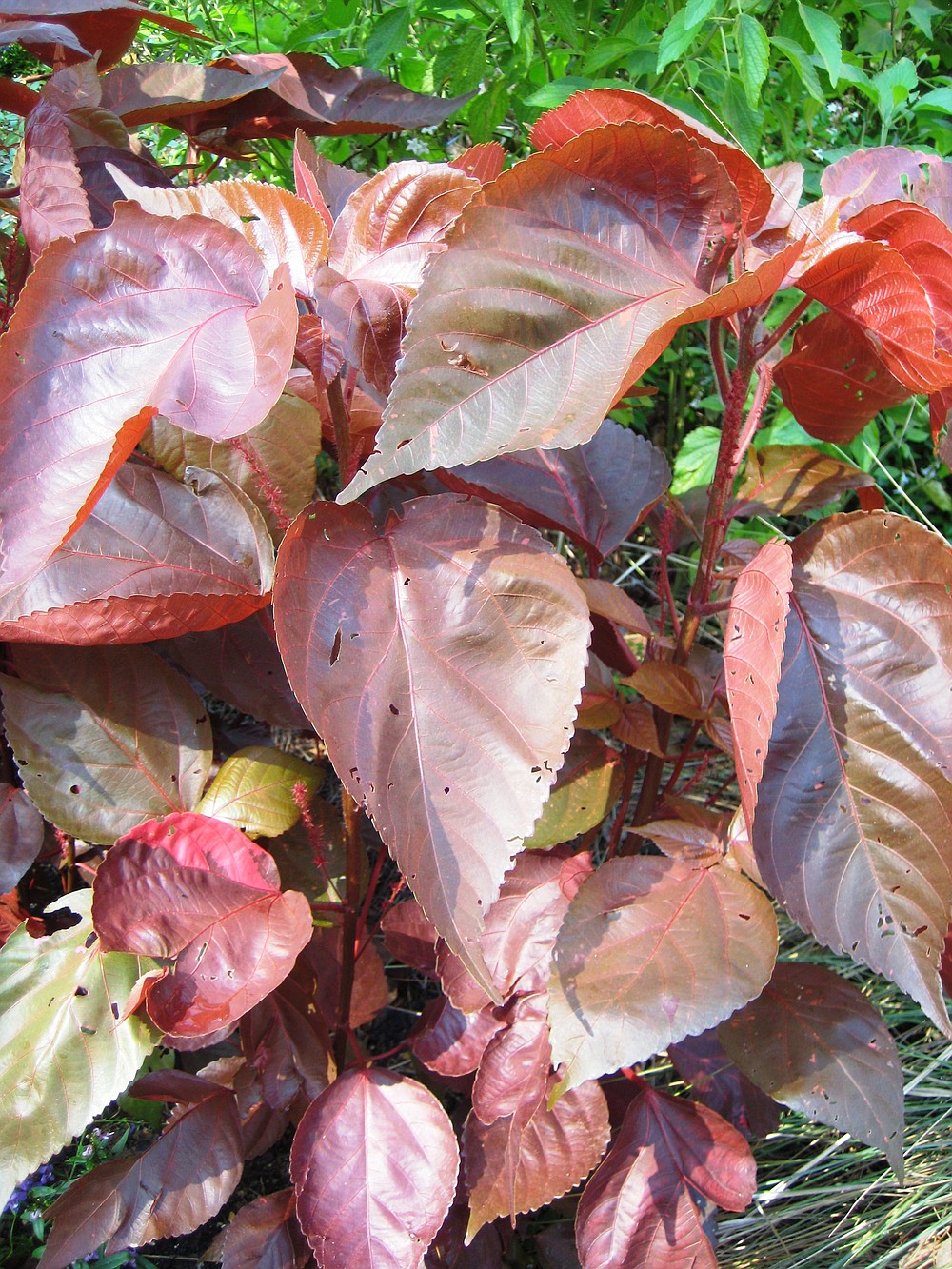 With new introductions, you can now find varieties with yellow, pink, green and white colored foliage. 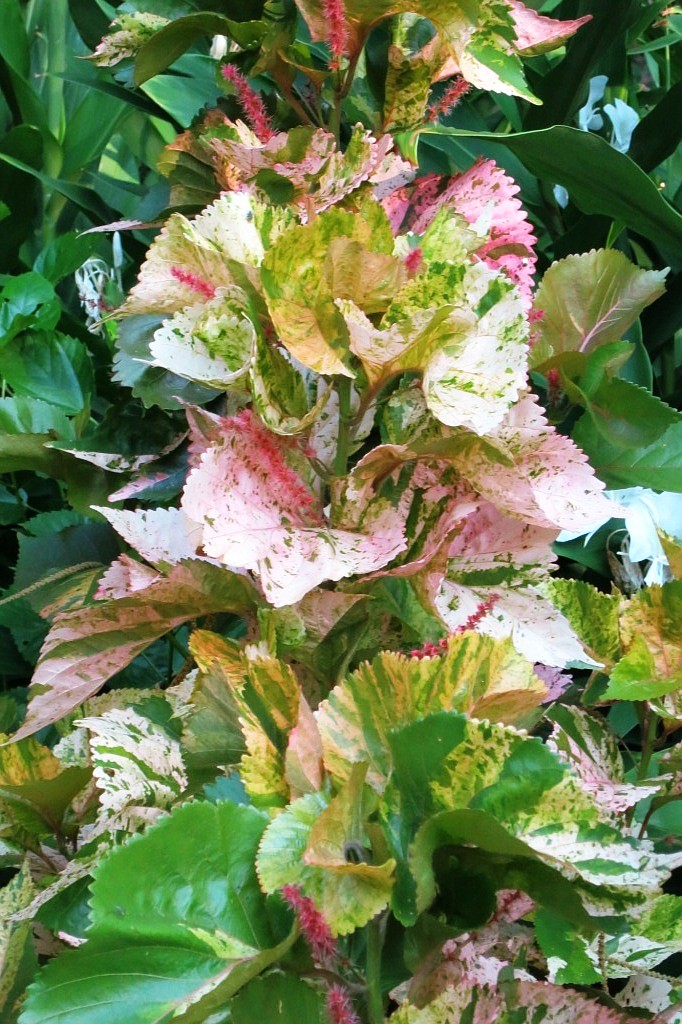 The plant is dramatic in the garden with large, colorful leaves and then the spikes of flowers later in the season. The male blooms are longer than the female blooms, but both appear on the same plant. It will not survive the winter in Arkansas. It does best in full sun, but does need consistent moisture. It can grow upwards of 3-4 feet in one season. 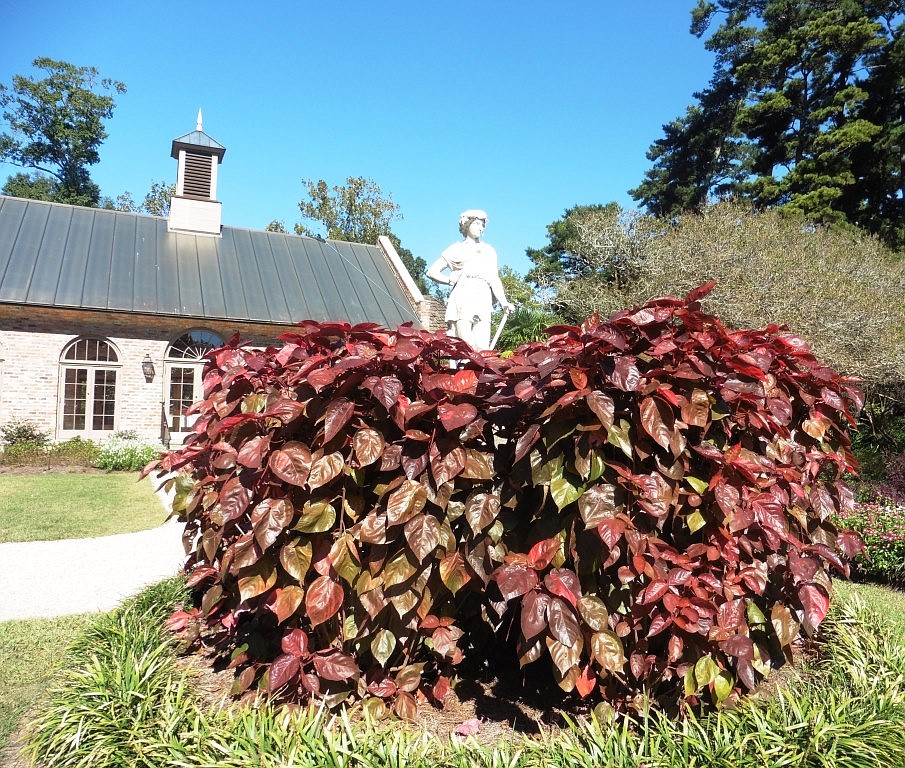 Jacobinia, Plume Flower or Flamingo Flower are all common names for Justicia carnea which is native to Brazil. 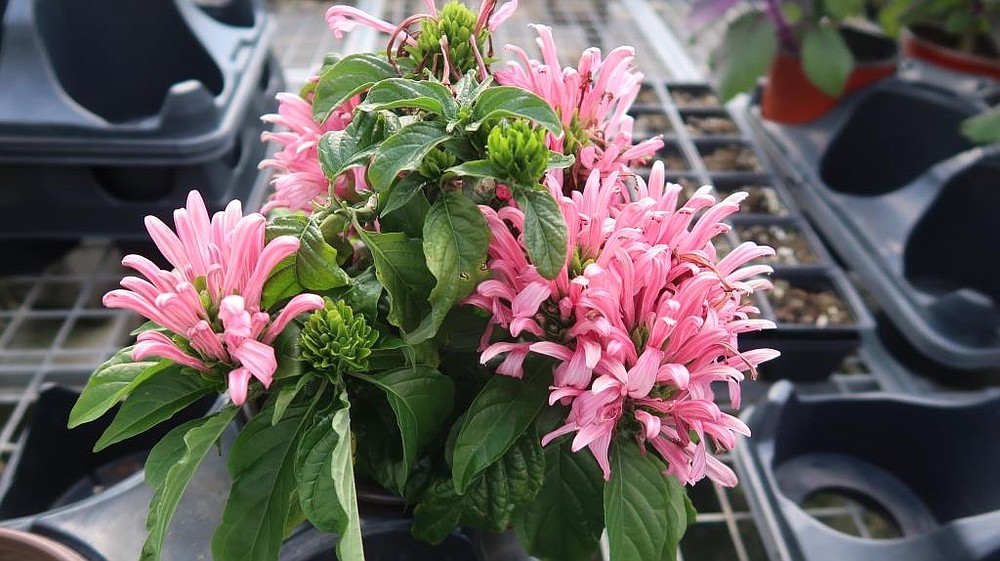 In Florida it is an evergreen shrub where it can flower off and on through out the year. In Arkansas, it is usually considered a tropical seasonal plant 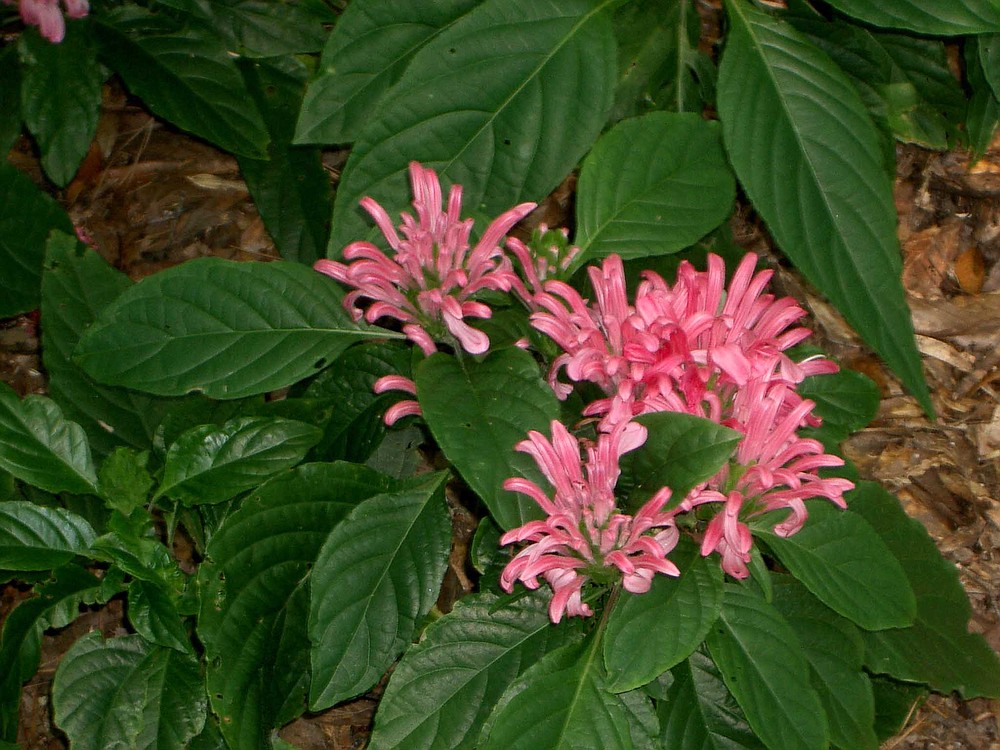 unless you move it indoors for the winter, however it is rated hardy through zone 8A or 8B depending on the source. I have never known it to overwinter—has anyone in South Arkansas had it come back outdoors? It is a slow growing plant but it does well in the shade and has very showy blooms from summer to early fall. 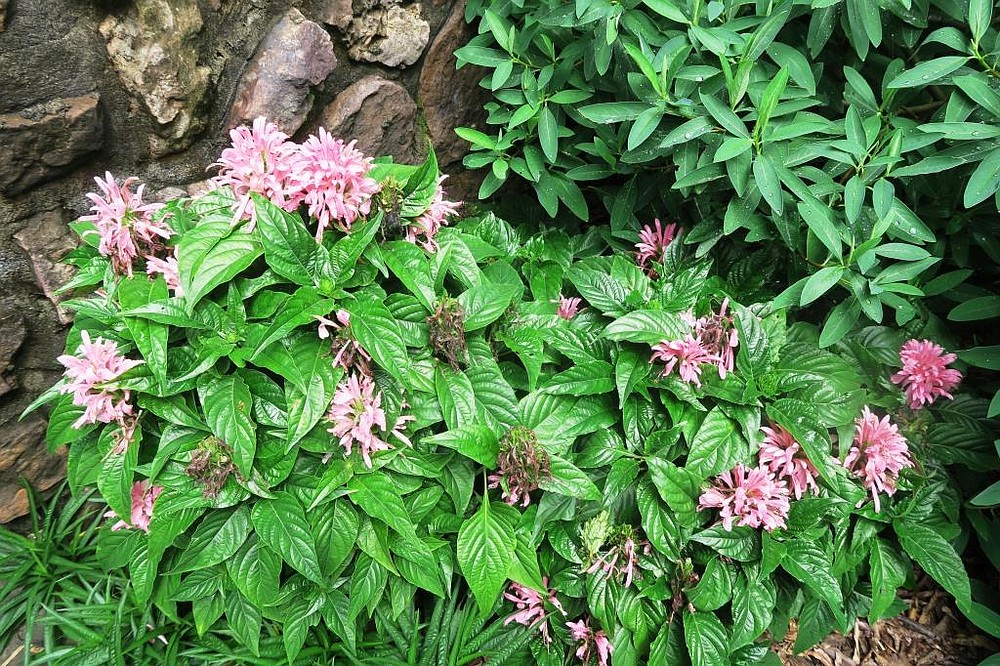