Butler drops in 40 for depleted Heat 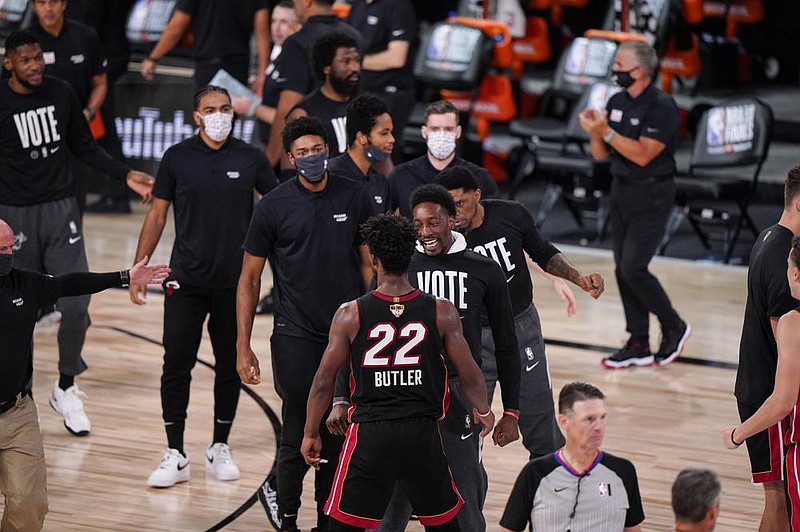 Jimmy Butler is clearly not ready to go home quite yet, and the short-handed Miami Heat might have made this title matchup a series after all.

Butler finished with 40 points, 11 rebounds and 13 assists, and the Heat beat the Los Angeles Lakers 115-104 on Sunday night to get within 2-1 -- doing so with starters Bam Adebayo and Goran Dragic still unable to play because of injury.

"I tell Coach all the time, "I'm ready for this,'" Butler said. "The biggest stage, whatever you ask me to do, I can do."

"This is what he wanted, this is what we wanted," Spoelstra said. "It's really hard to analyze or describe Jimmy until you actually feel him between the four lines. He's a supreme, elite competitor and we needed it."

It was the third 40-point triple-double in finals history. Butler was 14 for 20 from the floor and, after the Heat surrendered a double-digit lead early in the fourth quarter, he made sure this one wouldn't get away.

"He's one of the best competitors we have in our game," the Lakers' LeBron James said. "Love that opportunity. For me, personally, I don't know how many more opportunities I'm going to have, so to be able to go against a fierce competitor like that is something I'll look back on when I'm done playing. I'll miss those moments."

James had 25 points, 10 rebounds and 8 assists for the Lakers, while Kyle Kuzma and Markieff Morris each had 19 points off the bench. Anthony Davis managed 15 for the Lakers.

Game 4 is Tuesday night. Tyler Herro and Kelly Olynyk each had 17 points for Miami, which got 13 from Duncan Robinson and 12 from Jae Crowder.

"We had players step up this whole playoffs, and it's no different now for us," Crowder said.

Whenever the Heat looked ready to pull away and grab control of Game 3, the Lakers always found a way to find their best gear.

A 13-point Heat lead in the early going? The Lakers had the lead back in less than five minutes.

A 14-point Heat lead after a 10-0 run to start the second half? The Lakers scored the next eight.

"We were almost fighting back the entire game," Morris said.

The last punch went to Miami, Butler simply unwilling to let his team go down 3-0. The only other time Miami was down 2-0 in a finals was 2006, when Dwyane Wade took over and led the Heat all the way back to the franchise's first title.

This time, it was Butler -- another Marquette guy, like Wade -- in that role, at least for Sunday night.

"We know how Jimmy is in these moments, and the world has seen what Jimmy Butler is capable of," Herro said.

Miami's starters outscored the Lakers' starting five 89-51, and the Heat held the Lakers to a 14-for-42 night from three-point range.

James, who won two titles with the Heat, wasn't in the least bit surprised that Miami showed up to fight.

It didn't take Butler and the Heat long to forget Sunday and start looking to Game 4 as well. 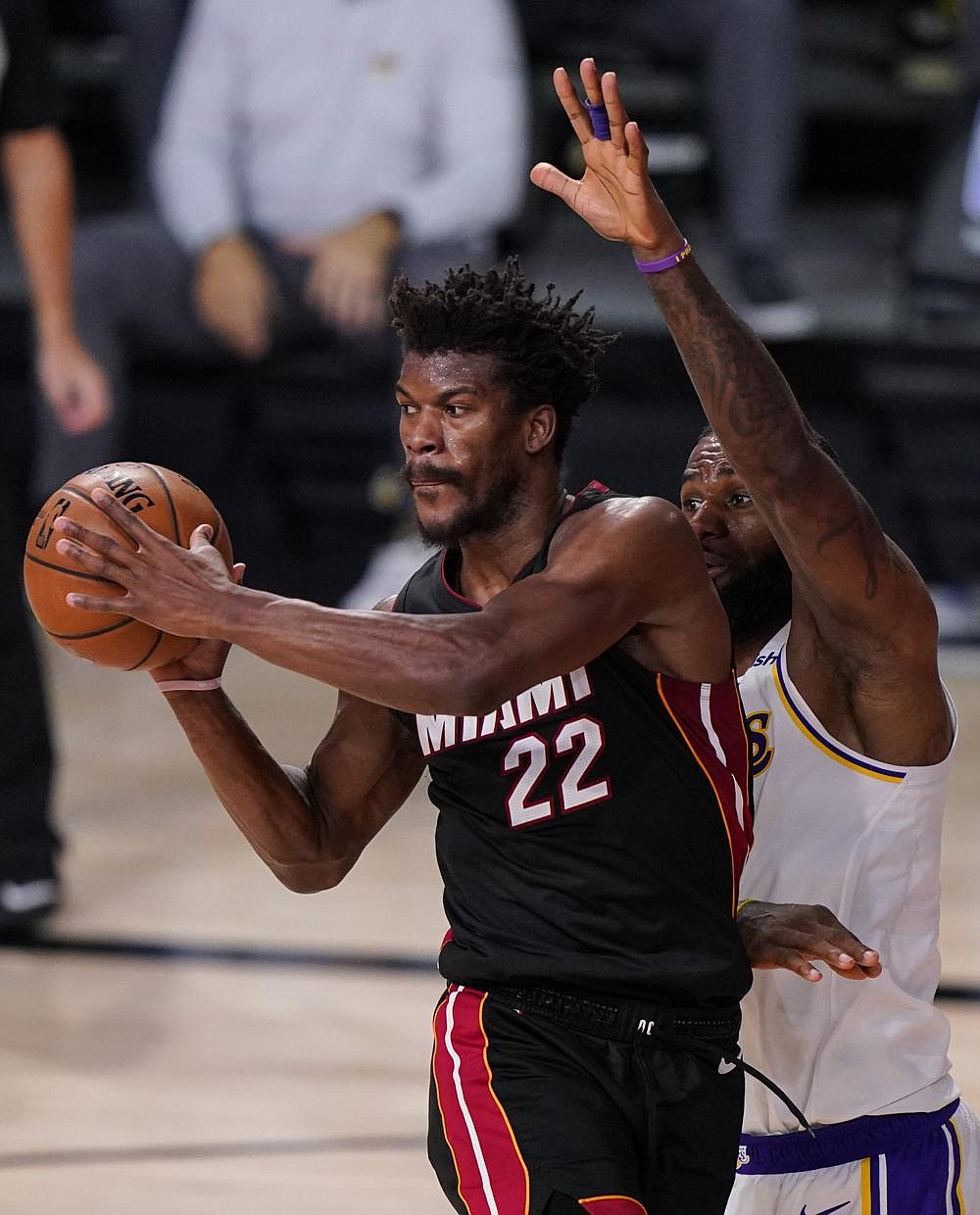 Miami Heat guard Jimmy Butler makes a pass as LeBron James of the Los Angeles Lakers defends during the second half of Game 3 of the NBA Finals on Sunday in Lake Buena Vista, Fla. Butler had 40 points, 11 rebounds and 13 assists as the Heat beat the Lakers 115-104 to get within 2-1 in the series. (AP/Mark J. Terrill) 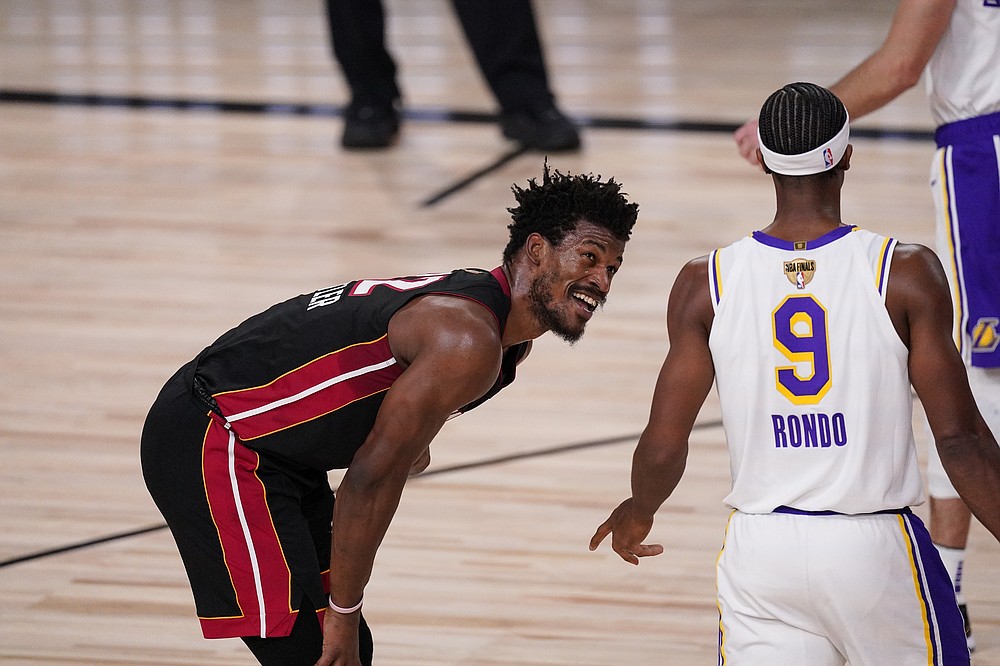 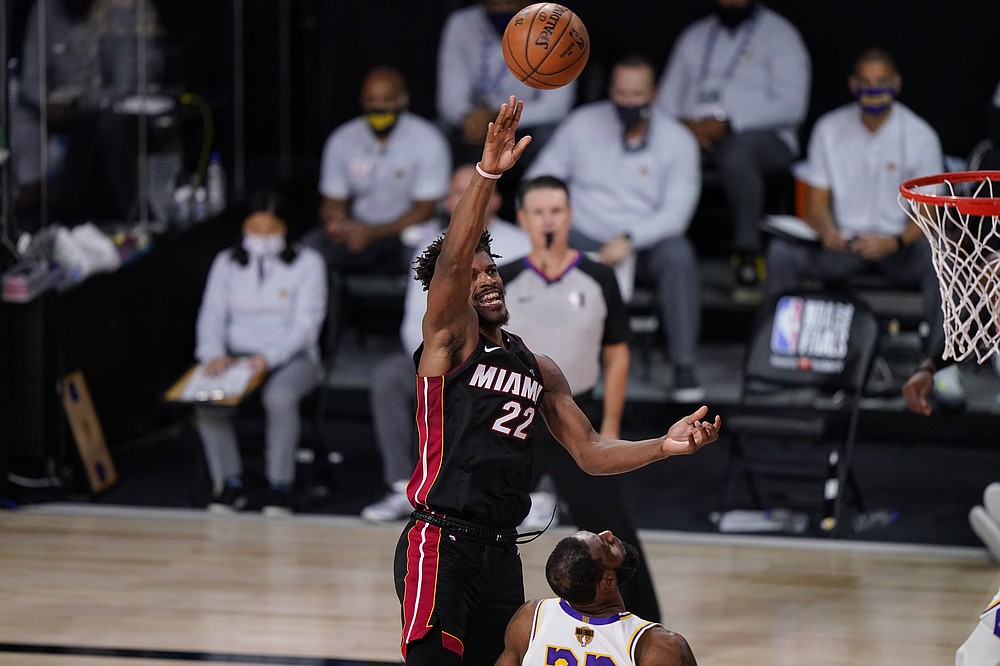 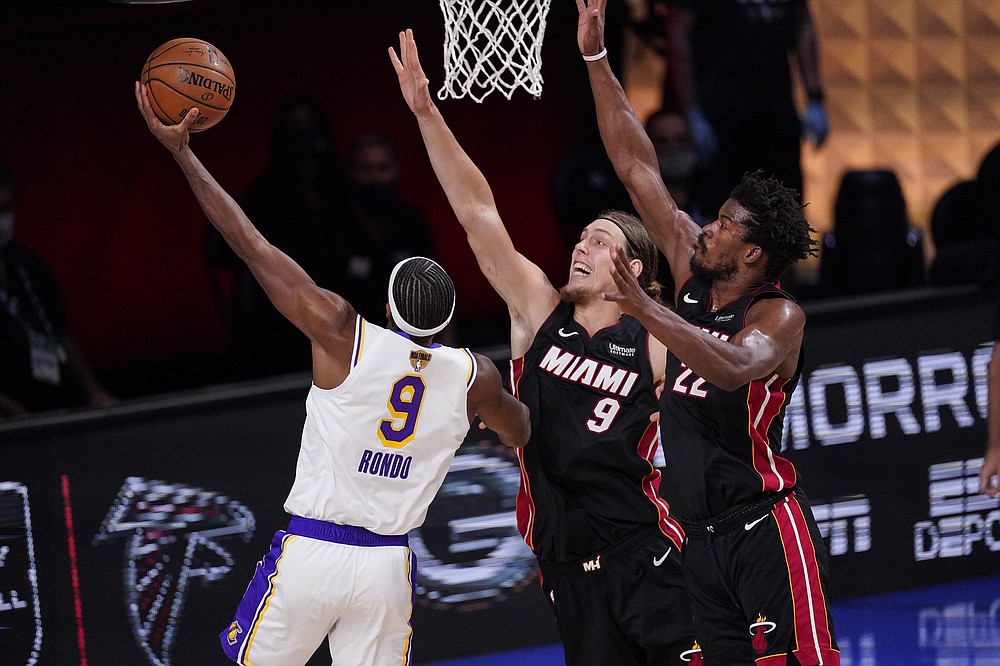 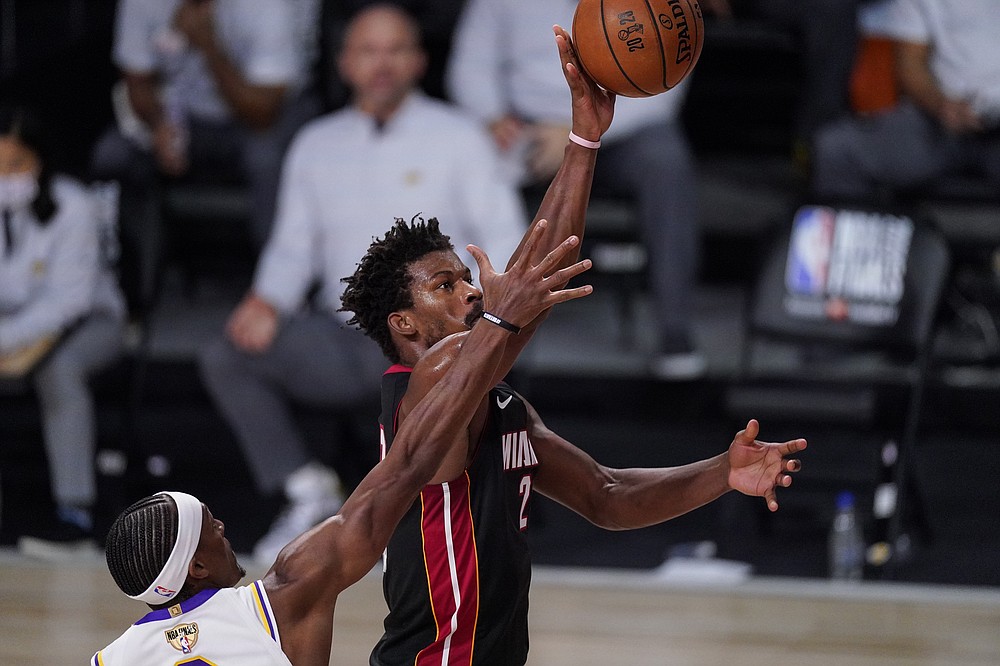