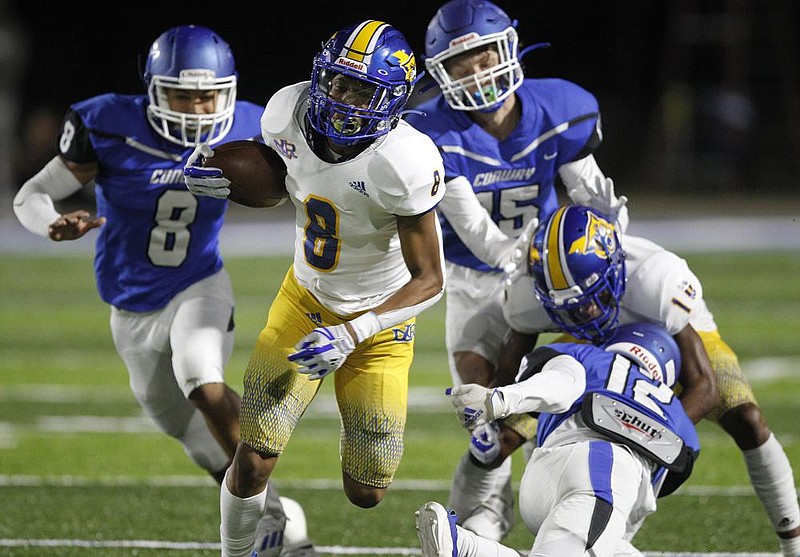 Somehow we’ve made it through six weeks of the regular season in high school football in this year of the virus. There are five weeks still to go.

Whether the Arkansas Activities Association will be able to hold playoffs is still anyone’s guess.

But it does seem reasonable to think that we’ll make it to the end of the regular season with school administrators being creative in scheduling games on the fly when opponents cancel due to the virus.

Its game with Two Rivers was canceled on Friday morning. By Friday afternoon, Paris had scheduled a game with Hector for that evening.

Cabot went to Collierville, Tenn., last week in order to get in a game. Booneville bused all the way to Warren a day after Danville canceled.

“No one has seen film, no one has done any scouting,” says Paris superintendent Wayne Fawcett. “From a scheduling standpoint, it’s like organizing a Saturday afternoon pickup game. The goal is to get the students as many games as you can. Schools have shown a willingness to schedule anyone, anywhere on short notice. This is absolutely the craziest time I’ve experienced in decades of doing this.”

The big three teams at the top of our rankings remain undefeated.

No. 1 Bryant cruised to a 31-3 victory over Little Rock Catholic in a game at War Memorial Stadium.

No. 2 North Little Rock struggled but held on to defeat a talented Conway team by a score of 39-37.

Here are the updated rankings: