Victims of virus honored in tribute 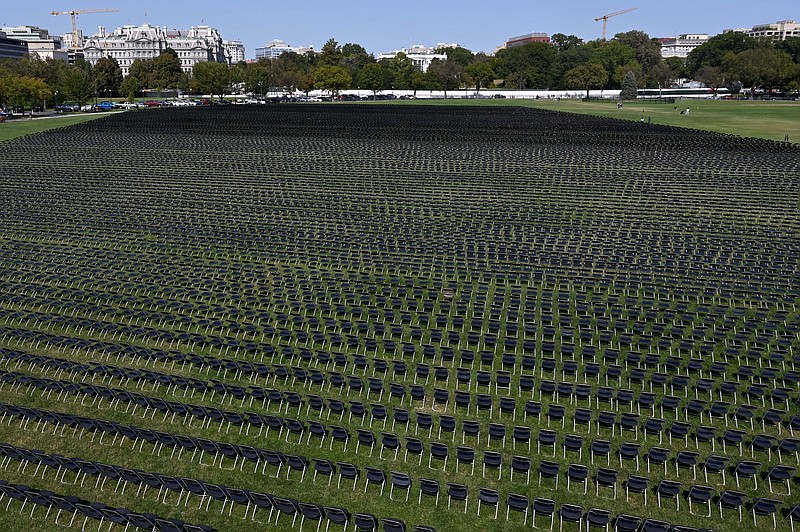 With the White House in the background, 20,000 chairs, each representing 1,000 deaths from the coronavirus pandemic in the United States are lined up on the Ellipse for a remembrance event Sunday, Oct. 4, 2020. MUST CREDIT: Washington Post photo by Katherine Frey

WASHINGTON -- Nearly five months after his father's death, Brian Walter still cannot shake the feeling that he might've caused it.

As a New York City subway worker, Walter, 46, was exempt from the stay-home mandate that he hoped would keep others in his family safe. He became the designated shopper for his parents and sanitized everything he brought into their home.

Despite all their precautions, Walter and his father, John, both contracted the novel coronavirus, and after 19 days in the hospital, John Walter died May 10.

On Sunday, Brian Walter was one of nearly two dozen people directly affected by the virus to mourn the almost 210,000 Americans who have been killed by covid-19 and push for a national plan for recovery.

They gathered on the grassy Ellipse just south of the White House.

"It's very important we get the message across that this is not a hoax or a conspiracy or a fake illness," Walter said. "Just because it hasn't affected you personally doesn't mean it's not real. ... if you make one wrong move, the virus could get you."

Walter looked at 20,000 empty black chairs that had been placed on the Ellipse over the weekend, each representing 10 people in the United States who have died of covid-19. Covid Survivors for Change, a network aimed at helping those affected by the virus locate support groups and other resources, declared Sunday a national day of remembrance. The group recruited local volunteers to set up the installation.

Those who spoke reflected the myriad ways the pandemic has shaken people's lives. A Virginia teacher who worried for the health of her students. A Black entrepreneur who is struggling to get by. An emergency room nurse who was hospitalized with the virus and lost her brother to covid-19 weeks later.

While each speaker's story was different, the message was the same: The pandemic is far from over, and a national strategy with cohesive leadership is the only way to prevent another 200,000 deaths.

"When I think of the 200,000 who have died, and all the people who will be infected because of how his [President Donald Trump's] administration behaved, it continues to disappoint me not only as a doctor, but as an American," said Dara Kass, an emergency medicine physician and associate professor of emergency medicine at Columbia University Medical Center.

Those who spoke at the remembrance were joined by faith leaders, health-care professionals and other front-line workers affected by the pandemic. They were led by Grammy-winning singer Dionne Warwick, a former U.S. ambassador for health who played a key role in combating the AIDS crisis.

"The loss of lives has grown daily, leaving us all directly or indirectly affected by this disease," Warwick said. "It takes all of us to raise our voices -- we know we can't always rely on the folks in charge to hear us unless we say it loudly and clearly."

Warwick also touched on the disproportionate impact the coronavirus has had on people of color, and she praised front-line and essential workers "who have endured so much to keep us fed, housed and educated." She added: "We have not done enough to honor those sacrifices, and our country has not given them what they need to help and keep us going."

Aarion Brown, a U.S. Postal Service worker, said he gets frustrated thinking about how the government prepared during the onset of the virus.

Brown said the D.C. building where he works has had six confirmed coronavirus cases in the past month, and as a representative for his union, he lamented that more than six months into the pandemic, he still cannot assure his colleagues that it's safe for them to come to work.

Feeling more vulnerable than ever, Brown called on U.S. leaders to respond to the crisis with more accurate testing, improved contact tracing protocols and "leaders who do not hide the truth from the American people." 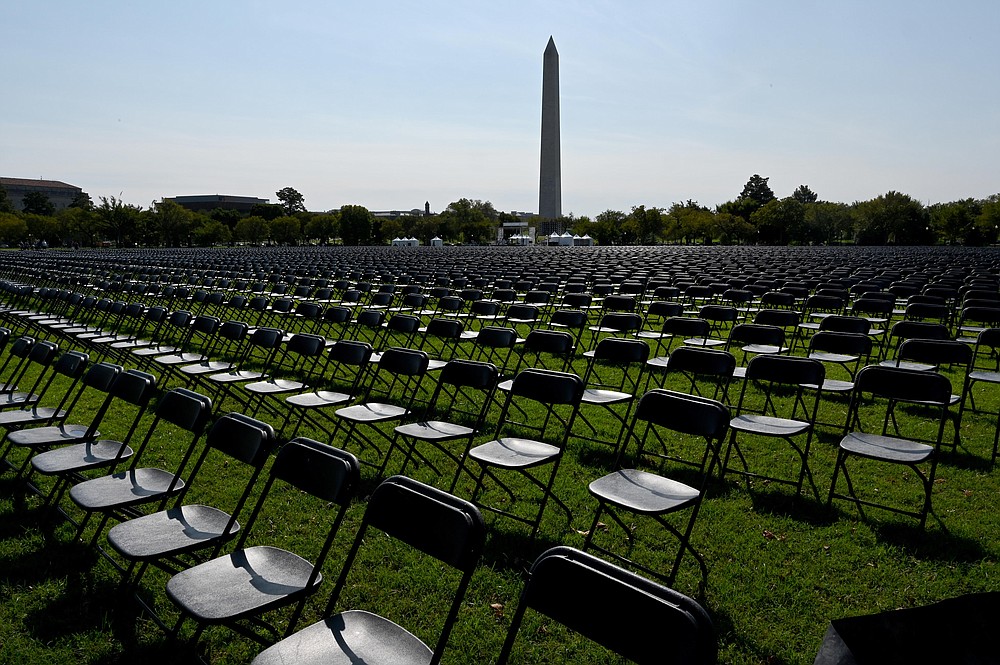 With the White House in the background, 20,000 chairs, each representing 1,000 deaths from the coronavirus pandemic in the United States are lined up on the Ellipse for a remembrance event Sunday, Oct. 4, 2020. MUST CREDIT: Washington Post photo by Katherine Frey 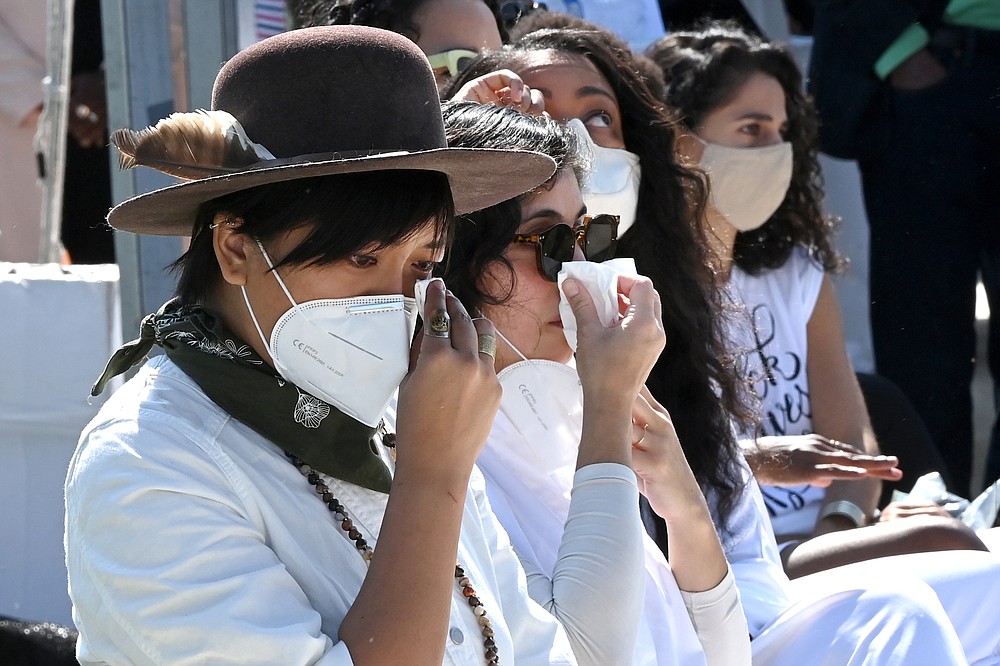 Members of the Resistance Revival Chorus from New York wipe away tears while listening to people talk about their loved ones who have died of the coronavirus. The White House event was held Sunday, Oct. 4, 2020. MUST CREDIT: Washington Post photo by Katherine Frey
ADVERTISEMENT