It's all Aretha: Singer's fans get 81 tracks 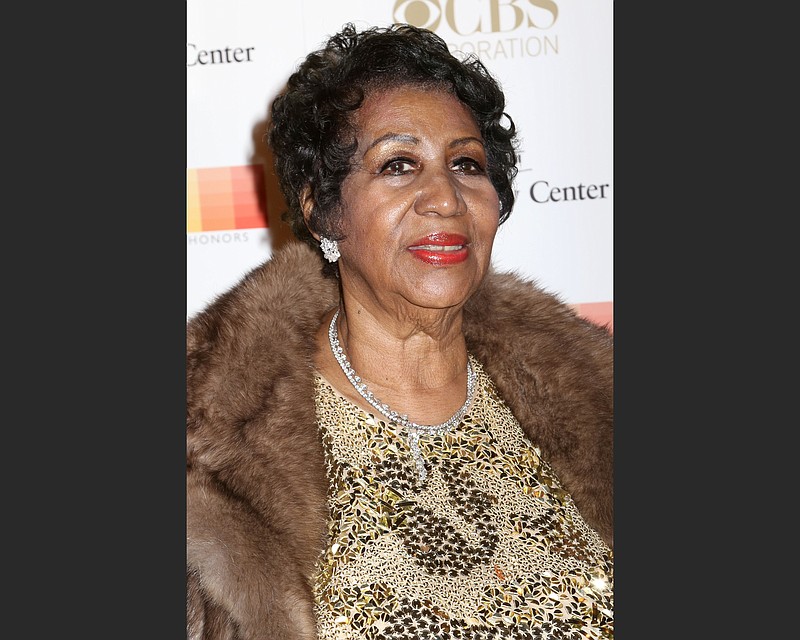 A new career-spanning retrospective, simply titled “Aretha,” will be released Nov. 20 featuring 81 remastered tracks, 19 of which have never been released. (AP/Greg Allen)

All of the record companies that Aretha Franklin recorded for are showing her R-E-S-P-E-C-T.

A new career-spanning retrospective, simply titled "Aretha," will be released on Nov. 20 featuring 81 remastered tracks, 19 of which have never been released. They include alternate renditions of some of the late Queen of Soul's classic hits, plus demos, rarities and live performances.

"Aretha" is mostly arranged in chronological order and begins with the two gospel songs that appeared on her 1956 Checker Records debut: "Never Grow Old" and "You Grow Closer."

Compiled in a four-CD boxed set, the collection also features 10 tracks dating from Franklin's 1960-1966 tenure with Columbia Records, where she was produced by John Hammond and recorded classic standards such as "Skylark" alongside new songs penned by Curtis Stewart ("Today, I Sing the Blues") and Ashford & Simpson ("Cry Like a Baby").

As with other Franklin anthologies, the bulk of "Aretha" is dedicated to her years with Atlantic Records, spanning from 1967 to 1979 where she delivered a treasure trove of hits that became part of her timeless repertoire.

Among those tracks are 1966 home demos of "My Kind of Town (Detroit Is)" and her first Otis Redding cover, "Try a Little Tenderness," which she submitted to Atlantic producer Jerry Wexler to give him an idea about the kind of material she would record for her first album for the label.

For the former track, Franklin replaced the classic "Chicago" lyric from the Frank Sinatra version of the song with a callout to her hometown of Detroit. "My Kind of Town (Detroit Is)" became available digitally with Wednesday's announcement of the set.

"Aretha" also features alternate takes of "Chain of Fools," "Rock Steady" and "Spanish Harlem," and her version of "Think" from "The Blues Brothers" film.

In addition, the compilation boasts a variety of duets, including a rare rendition of "Ooo Baby Baby" sung with Smokey Robinson from an iconic 1970 episode of "Soul Train."

The Arista Records years are represented well with the Luther Vandross-powered thumper "Jump to It" and the Narada Michael Walden masterpiece "Freeway of Love." Franklin's pop hit confections with Eurythmics, "Sisters Are Doin' It for Themselves" and the chart-topping duet with George Michael, "I Knew You Were Waiting (For Me)" also are included.

Other highlights include a duet of Dionne Warwick's 1960's classic "I Say A Little Prayer" culled from a 1981 "Solid Gold" television appearance. Franklin stylized the Burt Bacharach/Hal David song into a soul throw down a year after Warwick achieved million-selling success.

Another is "Oh Happy Day," the powerhouse duet with her longtime friend Mavis Staples recorded live at her father's New Bethel Baptist Church in Detroit in July 1987.

The 1998 Lauryn Hill-produced top 10 hit, "A Rose Is Still a Rose," is also included, alongside the Ronald Isley collaboration of the Carole King classic "You've Got a Friend."

"Aretha," which is retailing for $60 and can be ordered now, closes with Franklin's performance of "(You Make Me Feel Like) A Natural Woman" from the 2015 Kennedy Center Honors salute to Carole King.

Rhino Records will also make the collection will be available as a 20-track CD or two-LP set.