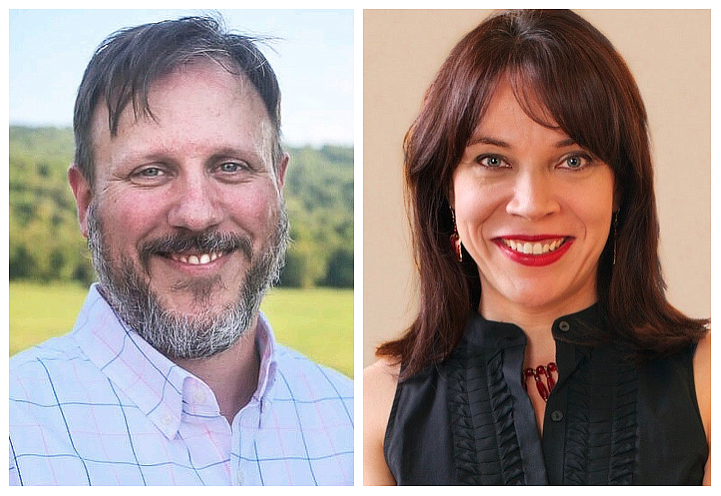 FAYETTEVILLE -- Voters will choose between two political newcomers as Todd Crane, a Republican, and Evelyn Rios-Stafford, a Democrat, face off to be justice of the peace for District 12 on the Washington County Quorum Court.

Justices of the peace serve two-year terms. The Quorum Court is made up of eight Republicans and seven Democrats.

Justices of the peace are paid $200 per diem on days they attend Quorum Court or committee meetings.

Election Day is Nov. 3. Early voting begins Oct. 19 and runs through Nov. 2. A voter may request an absentee ballot application by contacting the county clerk in the county where the voter is registered, according to the Arkansas Secretary of State website. Voters may download the application from the county website.

The Northwest Arkansas Democrat-Gazette emailed the same questions to the candidates. Their responses are below. Candidates were limited to 200 words per answer.

Question: Why did you decide to run for justice of the peace and what makes you the best candidate for the position?

Crane: I am running because I feel like the people in my district have been forgotten.

As the only candidate in the race who is actually on the ballot, I am concerned with the disenfranchisement of voters in my district by possibly having their vote counted and given to someone that they did not actually vote for.

I am the best candidate for this district because I excel at thinking outside of the box, crafting creative solutions and building coalitions to rally around and implement solutions.

Rios-Stafford: Former JP Candy Clark made the tough decision to depart the race due to health issues. Please keep her in your thoughts and prayers.

Her name is still on the ballot, and, as the replacement candidate, votes for her will now count for me.

I am a small business owner, an Emmy winning former journalist and an affordable housing advocate. I will give a voice to the people of southeast Fayetteville, especially those who aren't always heard.

In 2018, I was appointed to the Fayetteville Housing Authority Board during a time of crisis, when community advocates stopped the Willow Heights public housing project from being sold to for-profit developers in a historic Black neighborhood.

Since then, I helped guide the agency through a much-needed reboot, expanding the number of people the agency helps, in more places, and in more ways. I will bring successful hands-on experience to county government.

The long hours I've put in as an FHA commissioner have given me transferable skills in government policies, finances and accountability. The board has to keep to a strict budget, just like the county. I always listened to the residents, just like I'll always listen to the voters.

Question: What area of county government are you most interested in and what specific plans or goals do you have in that area?

Rios-Stafford: I would like to see the county develop stronger partnerships because we're all in this together.

This is a big picture focus, rather than focusing on just one department.

District 12 is contained entirely within the city of Fayetteville. Through my work over the years with the FHA and other successful civic causes, including the civil rights ordinance and the expansion of the Fayetteville Public Library, I've developed good relationships with city leadership.

I believe I could be an asset in helping keep additional lines of communication open between the county, the city and other organizations. There could be more collaboration on things like grants, complementary items in the budgets, joint efforts on homelessness, sobering centers and just generally working together toward common goals.

The county might also have opportunities to partner with the University of Arkansas, which could provide interns to the county and help with crunching data.

Crane: I am most interested in tackling the zoning dilemma that the county has been facing for years.

I believe we need to take a detailed look at the foundations of our minimal zoning standards and the process for applying for and gaining a variance (or conditional use permit), and creative, process-based solutions need to be implemented.

The rules and process currently in place has led to multiple lawsuits, hundreds of thousands of dollars in expense to the county, as well as extended and costly delays to our citizenry. A comprehensive review and plan needs to be put in place to tackle this issue.

Question: County Treasurer Bobby Hill is projecting a drop of about $1 million in Washington County's share of the revenue from the countywide 1% sales tax after the results of the 2020 census are in. How can the Quorum Court deal with that drop in revenue while maintaining services?

Crane: First, the question assumes we agree that there is a need to "maintain services."

While the revenue may decline, there is also an offset that will come through additional internet sales tax revenue and also from a countywide reassessment of property values. If the countywide property tax increase is similar to what mine was, that should go a long way in covering any declines from the sales tax.

There will also necessarily be some service reductions for areas that are taken over and pulled into municipal responsibility. Additionally, working to increase the level of state reimbursement for pretrial detainees, streamlining judicial processes and ensuring the local municipalities that use the county jail are reimbursing at full cost plus depreciation will raise more than enough money to offset the decline.

But beyond that, I believe in zero-based budgeting (ZBB), and that process, I believe, will help identify areas of overlap and redundancy where efficiencies can be realized that will ultimately increase services in some areas. Underutilized resources can be shared, redeployed or repurposed -- that includes physical resources as well as human capital.

ZBB is an important tool that will go a long way toward identifying weaknesses, gaps and opportunities for the county budget.

Rios-Stafford: Setting the budget is the most important thing Quorum Court does. As an affordable housing advocate, I'm against big increases in the millage except as an absolute last resort.

The reason is that large millage increases often get passed on to renters, making housing less affordable. Justices of the peace should first look at ways to balance the budget through internal cost savings.

It might be time for a countywide, independent organizational assessment to see what can be modernized and streamlined. The Fayetteville Housing Authority did one two years ago, and it was enormously helpful.

The new executive director renegotiated vendor contracts, reallocated overhead and updated technology. The office was still using typewriters for some things and not everyone had an email address.

Now the maintenance staff uses iPads to track work orders and stay efficient. This has all freed up more money to spend on programs and services.

I also believe in valuing the workforce.

When workers don't get annual cost of living raises, you tend to lose valuable people. I know how hard it is as a government agency to compete with what people can make in the private sector, especially in Northwest Arkansas's strong economy.

Question: The Quorum Court has been discussing an ongoing problem with crowding at the Washington County Detention Center. A study recently commissioned by the Quorum Court offers some recommendations on ways to address the problem. What do you think the county should do to better manage the population at the detention center?

Rios-Stafford: Jail should be reserved for people who present a danger to the public, and I support the job our deputies do in keeping the public safe. I also support the findings of the criminal justice assessment, which looked at alternatives to jail for nonviolent individuals, including treatment for addiction and mental illness, homeless services, working with services like the bail project and reducing the high number of people in jail for failure to appear in court.

There is broad agreement, but it will take political will from our Quorum Court to fund the criminal justice reforms it recommended.

JP12 includes most of the homeless population in Washington County. Providing the resources through a joint effort of the county, cities and service agencies has the potential to cut our jail population and reduce the number of people experiencing homelessness.

Crane: I believe we knew what most of the recommendations in the study were going to be before we ever even agreed to pay $60,000 for the study and that is something that does not sit well with me.

Many of these, such as the regional jail concept, have been talked about for more than two years prior to the study's release. Where I believe there is the most injustice and room for improvement is in the court system and processes that occur pretrial and during the entire litigation process.

I believe there are too many court "interactions" for a single offense and each one of these increases costs to everyone involved. I don't think that courts or attorneys should keep the money from the fines, fees and court costs that they impose or have control over.

I don't believe that the costs of representation should exceed the value of damages for simple offenses. Many of the issues and conditions that continue to contribute to a large jail population are issues that need to be solved at the city level, and I will work with city leaders to identify and craft solutions we can implement to make meaningful change. 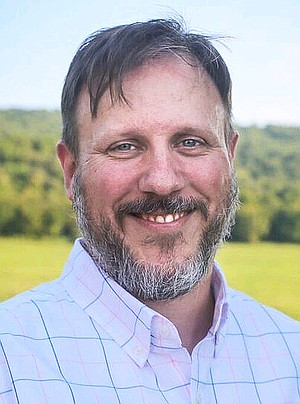 • Residency: Has lived in District 12 for seven years

• Political Experience: Unsuccessful candidate for justice of the peace for District 12 in 2018 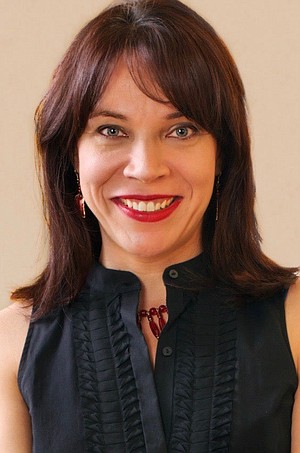 • Residency: Has lived in District 12 for three years