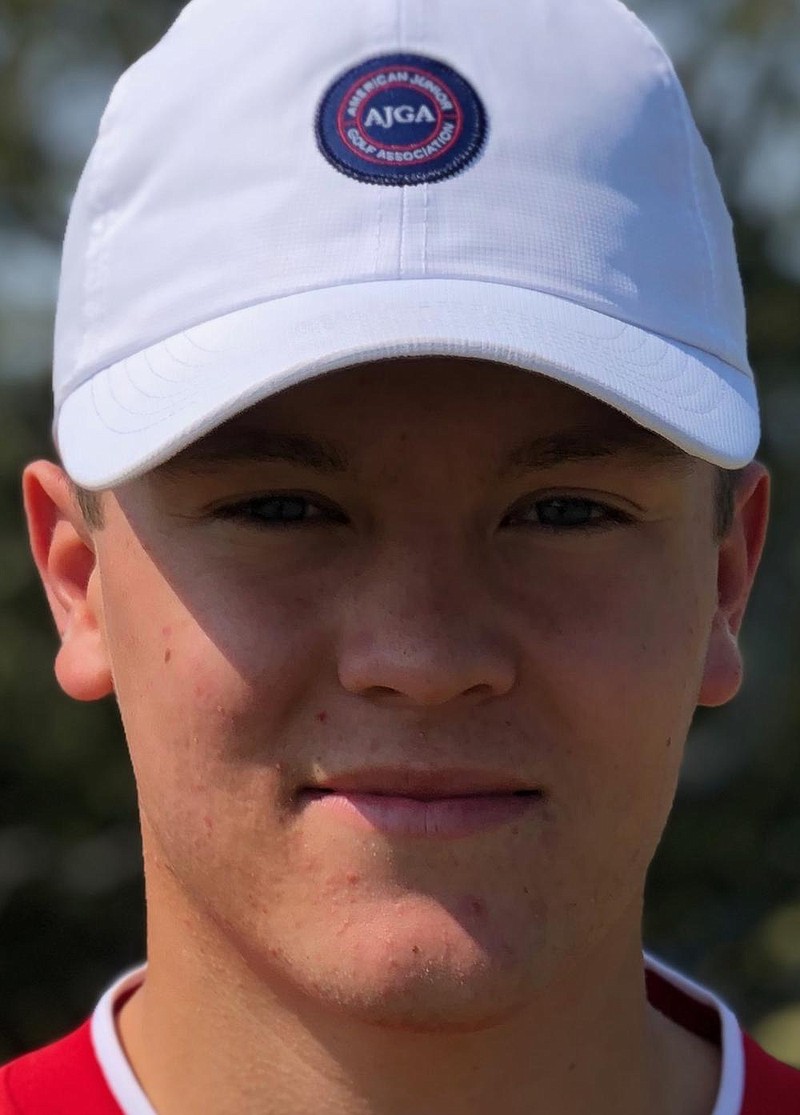 CONWAY -- It took two weeks for shock to give way to reality last October for Melbourne golfer Roby Cooper.

Yes, he was disqualified from medalist honors at last year's Class 2A boys state golf tournament in Cabot because he signed an incorrect scorecard.

Yes, his team lost the championship because of it.

The sting never subsided. Every day, Cooper said, he thought about it.

"It was in the back of my mind, yes sir," he said. "It hurt more two weeks after than it did right then."

He shot a 5-over 75 on the tight par-70 layout that played at 5,725 yards, better than all of his fellow competitors, and there were no mishaps in the scoring tent this time.

Cade Hanson, a senior, earned the third invitation to the Overall when he won a two-hole playoff with Spring Hill's Colin Purifoy, who also shot a 78.

The Bearkatz -- counting the scores of Cooper, Ethan Seay and Gunther -- beat defending champion Maumelle Charter by seven strokes, with Conway St. Joseph another three shots back in third.

Cooper said he felt especially good for his teammates, who missed out on bringing home the team trophy because of the scoring error.

"It was their loss, too, last year," Cooper said. "It's like, finally, I've been waiting for it all year. Long time."

When asked whether there is a moral to his story, he stayed on an even keel.

"Just stay focused," he said. "Anything can happen. It does. Makes you realize you can't take anything for granted in golf."

Cooper, Cade Hanson of Maumelle Charter and Jackson Hunt of Bay were the first golfers to tee off Tuesday morning and the first ones to record the scores.

Unlike last year, when players were pretty much on their own to record and check their scores, host Conway St. Joseph worked with Conway Country Club to make sure there were monitors with every group to help the players avoid a repeat.

"We wanted to make sure it was a good experience for everybody," Conway St. Joseph Athletic Director Brent Bruich said.

It turned into a waiting game for many of the top players.

Cooper and Cade Hanson, in particular, waited more than two hours for the other golfers to finish.

Cade Hanson said he and his younger brother Luke were determined to prove last year's victory by Maumelle Charter was no fluke despite the disqualifications of Melbourne and Conway St. Joseph, who were thought to have finished ahead of them originally.

"Yeah, it's disappointing," Cade Hanson said. "To make Overall feels good, but to lose as a team kinda hurts."

Nobody hurt more last year than Cooper's mother, Holly, who watched her son go from medalist to a noncompetitor because of the disqualification.

"We talked about it for about two weeks after," Holly Cooper said. "Every time I talked about it, I cried. But I told him, 'You know what, the Lord wanted us to learn a lesson. We may not understand today, we may not understand it next week. But it's a lesson you may get to share with other people.' For whatever reason, the Lord thought Maumelle Charter needed it more than we did last year."

Cooper said he felt calm and confident when he teed off Tuesday.

"Just go play golf," He said about his outlook. "There's always a chance to get it back. Redemption. Keep your head up and work even harder."

Melbourne Superintendent Dennis Sublet said he was pleased with the way the Bearkatz battled through adversity.

"Roby's probably grown from this," Sublet said. "He's a good young man. We've got a bunch of them."