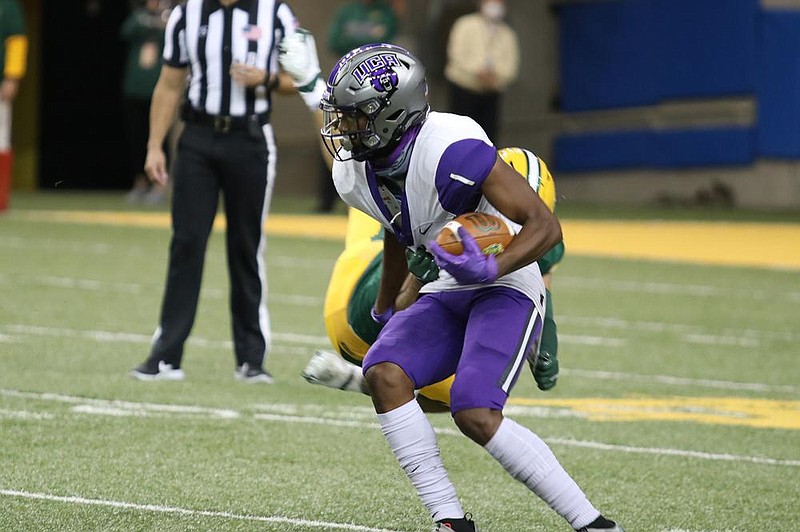 Central Arkansas receiver Tyler Hudson has 15 receptions for 225 yards and 2 touchdowns through four games. He and teammate Lajuan Winningham give the Bears a formidable offensive attack. (Photo courtesy of the University of Central Arkansas)

Only eight players on the FCS level have more receiving yards this season than the University of Central Arkansas' preseason, All-Southland Conference first-team pick Lajuan Winningham.

One of them is his teammate Tyler Hudson, a preseason all-conference second-teamer.

But there's no such thing as a conflict of interest between the two.

"Teams will just have to game plan for somebody else other than me," said Winningham, who is a junior. "If I'm not getting the ball, I feel perfectly fine and safe when it's going to Tyler. It's a lot of pressure taken off my shoulders, in a sense. If for some reason on a day where I don't make the plays, I know he's there.

"He can do it perfectly fine, and that's exactly what we need."

Instead of throwing the bulk of their attention toward Winningham, defenses have to account for a guy on the other side who's proven to be just as dangerous.

Through four games, Winningham has caught 16 passes for 188 yards and 5 touchdowns. Hudson, a sophomore, has amassed 15 catches for 225 yards and 2 scores.

In the summer of 2019, UCA Coach Nathan Brown noticed the 6-2, 185-pound speedster from Spring, Texas, running precise routes and making one-handed catches after only a couple of practice sessions as a freshman.

"We knew pretty quick that he was going to be one of those kids that was going to make the catch when the ball came his way," Brown said. "He's got some of the best hands that I've been around and runs really good routes. We saw that early, and he's really just a total receiver.

"When I say that, he's not just a route runner and a 50-50 ball catcher. He really runs great routes, and he's really good with the ball when he catches it."

Hudson lead the Bears in catches (55), receiving yards (975) and touchdown receptions (12) while starting all 13 games last season. His efforts earned him Southland Conference Freshman of the Year honors and made him a finalist for the Jerry Rice Award as the top freshman in the FCS.

Some of Hudson's more notable outings last season came when UCA needed him the most. Winningham was the team leader in virtually every receiving category until he suffered a season-ending broken arm in the first quarter against Sam Houston State in late October. Hudson responded by catching 10 passes for 140 yards and scored what turned out to be the game-winning touchdown from Smith with 3:57 left to send UCA to a 29-25 victory.

Hudson said his mentality for this season hasn't really changed. He didn't do anything special to prepare or change much in his daily regimen.

"It's more of repeat and live up to the expectations that I set from last season," said Hudson, who scored eight of his 12 touchdowns after Winningham went down. "Like last year as a freshman, you come in and everybody thinks you're basically going to just be out there on the field, be an extra body, wasted space. But after what I did, I was able to shine and show them what I could do.

"This year is more like I have to keep up and maintain the progress that I made. Honestly before covid hit, I wanted everybody to do big things. But of course, we've all had to adjust, especially since we didn't have as many practices as we would've liked."

The coronavirus pandemic may have deprived Smith, Hudson and Winningham of preseason time together, but they've been potent nonetheless. Seven of Smith's eight touchdown passes have gone to his top two targets as has 52.8% of his 781 passing yards, and 36.4% of his 85 completions.

The Bears get another FBS foe Saturday on the road against Arkansas State University. The Red Wolves have given up an average of 295 yards passing, including 322 to Coastal Carolina, in their previous game.

Those numbers would usually bode well for UCA, but rain from Hurricane Delta is expected in the forecast for Jonesboro, beginning on Friday and lasting through Sunday.

Weather could play a factor in how the Bears' attack ASU's defense, but it's not going to affect how either of the three approaches the game.

"When it comes down to it, they're always going to make plays," Smith said of Hudson and Winningham. "When the game's on the line, they both want the ball in their hands. Sometimes it gets a little annoying on the sideline, but it's good.

"Being able to move them around and put them in different spots is something we've got to do regardless. When you look at it, when they have quite a few touches, we usually have quite a bit of success. When they don't, we're usually struggling."

Winningham understands teams may continue to double him, but he welcomes it because it means more opportunities elsewhere.

"That makes the game easier for everybody, actually," he said. "Tyler definitely knows he can go and make a play at any time.

"When teams have been doubling me and I don't get the ball, the DBs will start talking to me some. But I tell them all the time that they really need to be double-teaming [Hudson] because he's the one over there grabbing the ball with one hand." 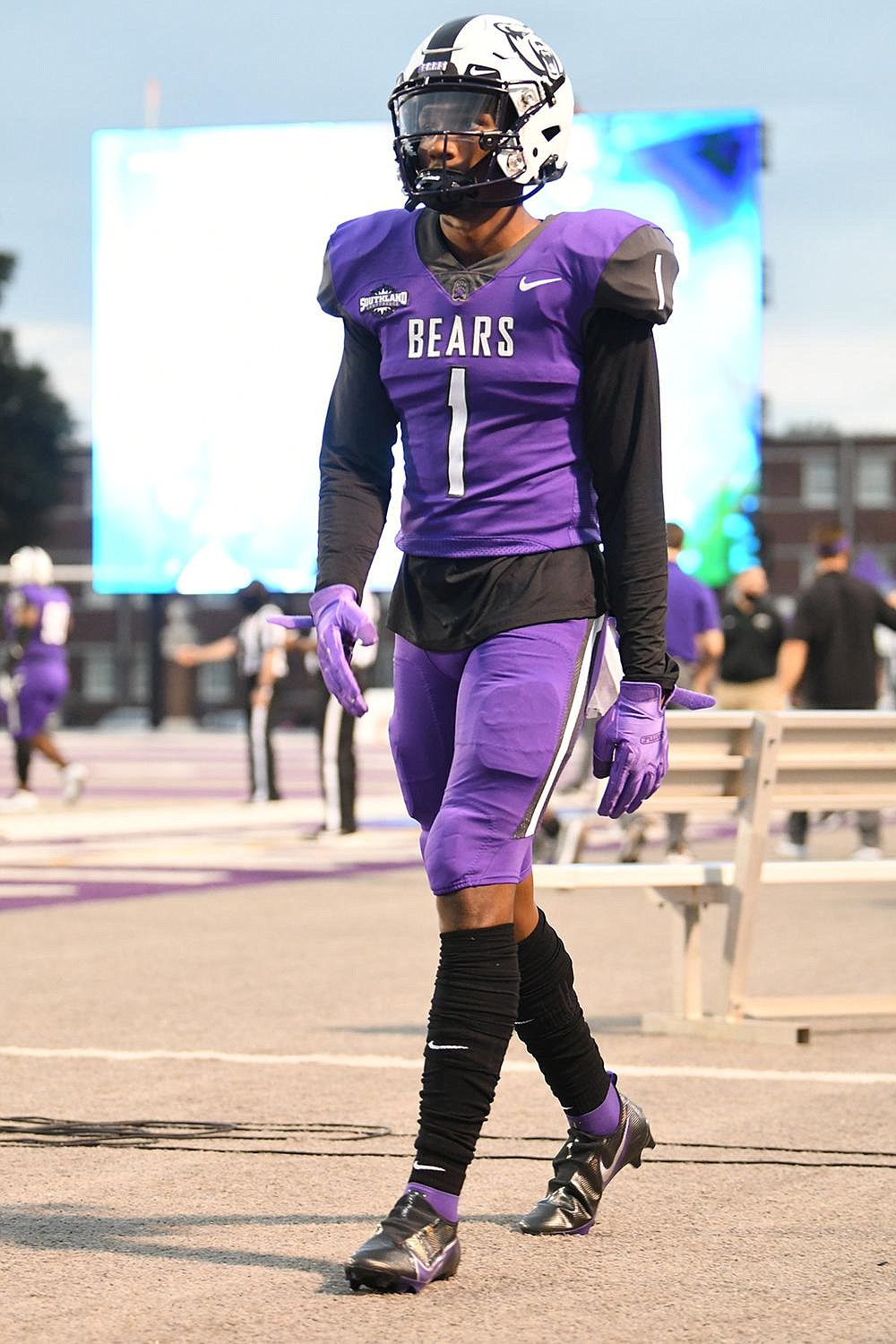 Tyler Hudson, a sophomore from Spring, Texas, has 15 catches for 225 yards and 2 touchdowns this season for the UCA Bears. (Photo courtesy University of Central Arkansas)
ADVERTISEMENT