Stepping up pressure on Iran, U.S. moves 18 banks to blacklist 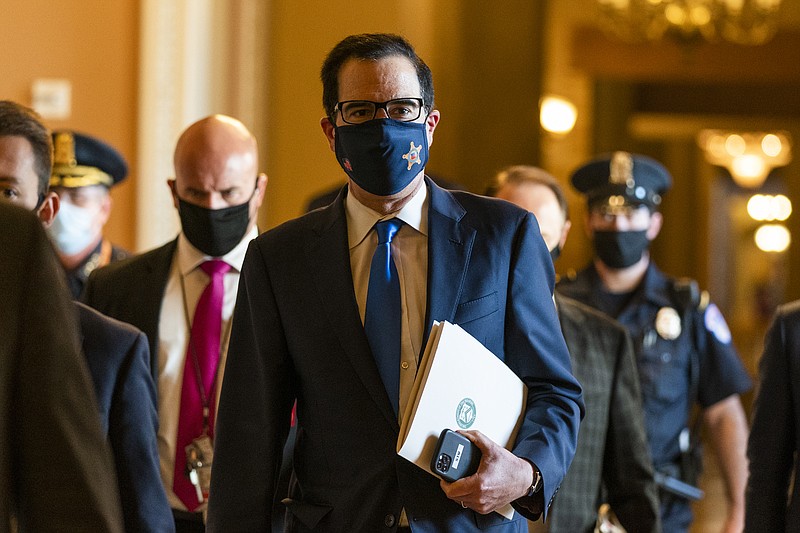 WASHINGTON -- The Trump administration has blacklisted virtually all of Iran's financial sector, dealing another blow to an economy that is already reeling under U.S. sanctions.

Thursday's move hits 18 Iranian banks that had thus far escaped the bulk of reimposed U.S. sanctions and, more importantly, subjects foreign, non-Iranian financial institutions to penalties for doing business with them. Thus, it effectively cuts them off from the international financial system.

"Today's action to identify the financial sector and sanction 18 major Iranian banks reflects our commitment to stop illicit access to U.S. dollars," said Treasury Secretary Steven Mnuchin. "Our sanctions programs will continue until Iran stops its support of terrorist activities and ends its nuclear programs. Today's actions will continue to allow for humanitarian transactions to support the Iranian people."

The action targets 16 Iranian banks for their role in the country's financial sector, one bank for being owned or controlled by another sanctioned Iranian bank and one military-affiliated bank, the Treasury Department said in a statement. Some of them had been covered by previous designations, but Thursday's move places them all under the same authority covering Iran's entire financial sector.

Foreign companies that do business with those banks were given 45 days to wind down their operations before facing "secondary sanctions."

European nations have opposed the blanket financial-services blacklisting because it will open up their biggest banks and other companies to U.S. penalties for conducting business with Iran that had previously been allowed.

Iranian Foreign Minister Mohammed Javad Zarif reacted angrily to the designations, calling them a "crime against humanity" at a time of global crisis. "Amid Covid19 pandemic, U.S. regime wants to blow up our remaining channels to pay for food & medicine," he said in a tweet. "Iranians WILL survive this latest of cruelties. But conspiring to starve a population is a crime against humanity. Culprits & enablers -- who block our money -- WILL face justice."

The move comes as the U.S. has stepped up efforts to kill the 2015 Iran nuclear deal that President Donald Trump withdrew from in 2018. Since then, Trump has steadily increased pressure on Iran by imposing sanctions on its oil sales, blacklisting top government officials and using an airstrike to kill a top general whom the State Department designated a terrorist.

Last month, the administration unilaterally announced that it had restored all international sanctions against Iran that had been eased or lifted under the nuclear deal. And, having been unsupported by most members of the U.N. Security Council for claiming to have retained the right to restore international sanctions despite no longer being a member of the deal, the administration has continued to seek to boost its leverage with Iran.

Critics say the sanctions will further cut off Iran's ability to import humanitarian goods that are especially needed during the coronavirus pandemic, although U.S. officials insist there are carve-outs for legitimate items such as food and medicine.