When my cleaning ladies come, I try to pick up the house of clutter, so they can just get in and clean. Anything that I have in the kitchen that is temporary, I usually store in one of the double ovens. When they are finished, I put things back. This week was no exception. I moved Clay’s cast iron skillet with corn bread and the Tupperware cake cover in the bottom oven for a temporary stay. You can guess what’s coming next, I bet.

Yep, they left, and I got busy doing things and did not empty the oven. I was on the phone with someone (imagine that) and needed to make a dip for an outdoor party I was going to, so I got out the jalapenos from the garden, and decided to preheat the oven. All the while, I am chatting away on the phone. After a few minutes, I started smelling something. It still didn’t register, so I went to check to see what was in the oven, and OH NO!

I opened the door and saw what was inside and immediately closed it back up and quickly got off the phone. There were no flames, so I just turned off the oven and started running some fans. Once the oven had cooled enough, I opened the door and removed the trays and the leftover “cake” and cornbread. 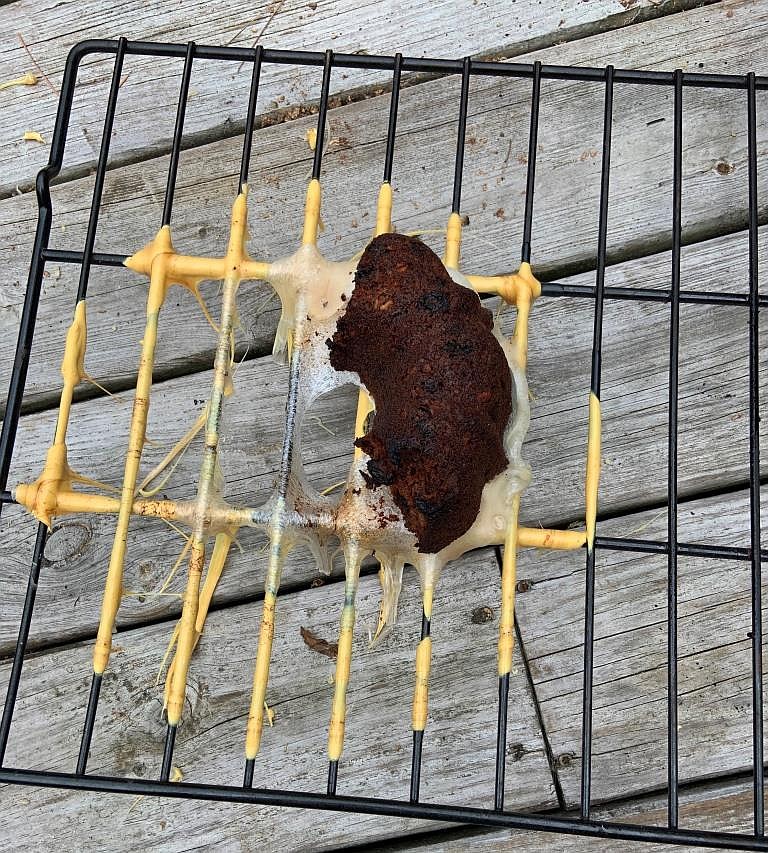 I always keep an oven liner in the bottom of the oven, so it got the bulk of the mess. Here is what was left of the cake cover. 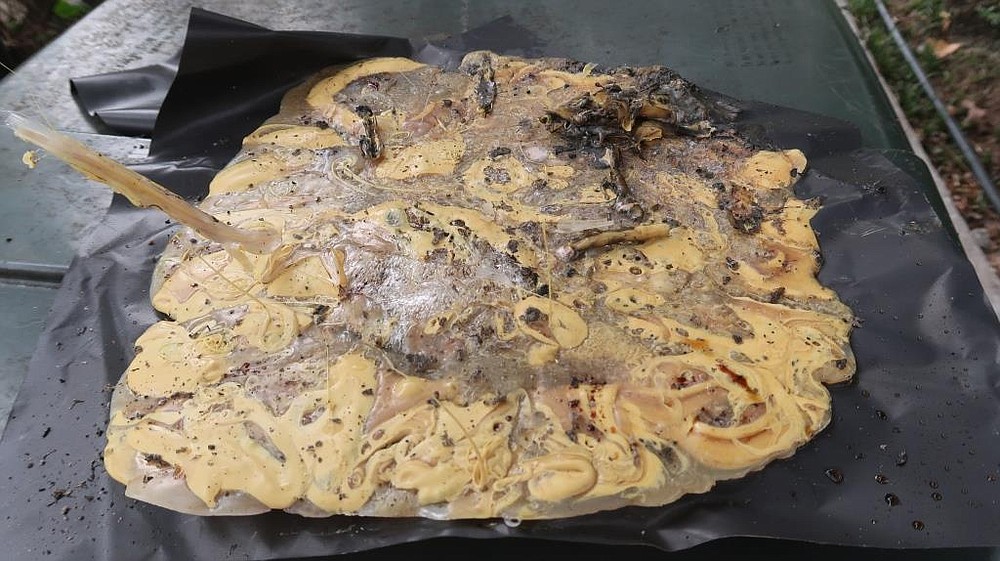 I was able to use a scraper and a stick lighter to remove the goo from the bottom two racks, but the top one had the brunt of the mess—along with the remains of the petrified cake. Surprisingly the Cutco knife that was in with the cornbread was fine, (maybe they could use me as a testimonial and I could get some free knives) as was the skillet, but not so much the cornbread.

I enlisted Clay’s help with his propane torch to clean the final rack. We had a system going where he would heat it up and I would scrape it off. Once again, the phone rang, so I went inside to answer it while Clay kept working. Big mistake. I came back out to the deck where he was having a big time burning the goo, but letting large chunks of burning plastic fall to the deck—the deck was about to catch fire. I grabbed the hose, but Clay stepped on the mess with his rubber soled slipper (can you see the shoe mark) and now I have a mess on the deck. 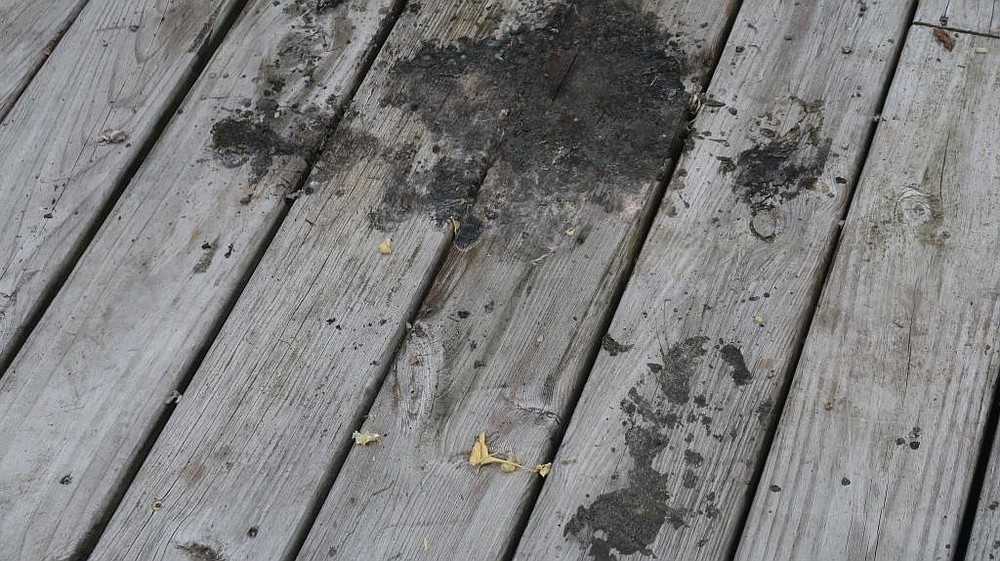 Once the racks were as clean as we could get, I put them all in the outdoor gas grill and cranked it up to high to burn off any lingering residue. The racks are clean as a whistle, and the oven is back to new, 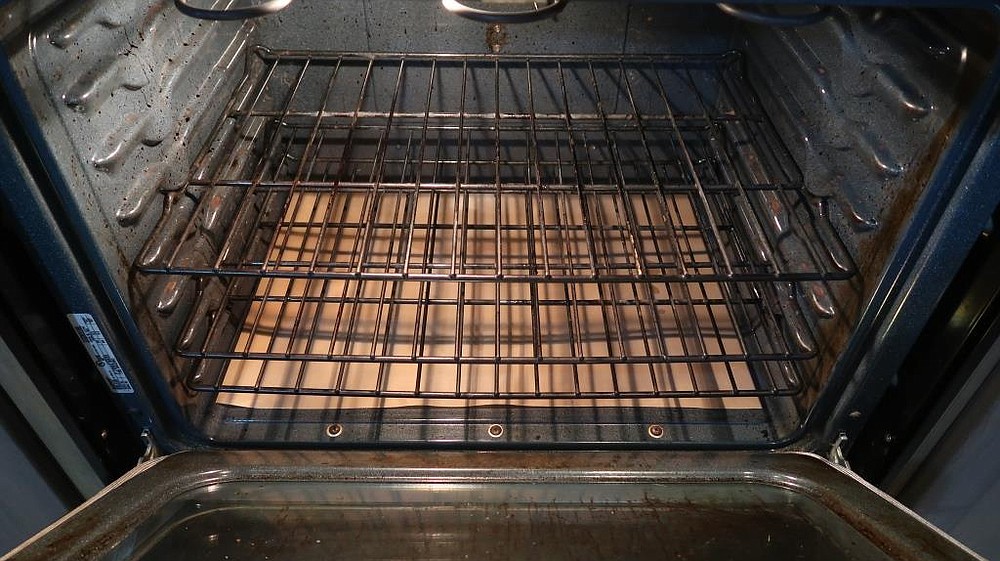 but now I have to work on the deck—and I need a new cake cover.

Note to self: don’t turn on the oven without checking what’s inside, and don’t leave Clay unattended with a propane torch. Clay would just like some more cake.