Residents in Laura-damaged coastal areas of Louisiana hunker down again by REBECCA SANTANA AND STACEY PLAISANCE THE ASSOCIATED PRESS | October 10, 2020 at 4:13 a.m. 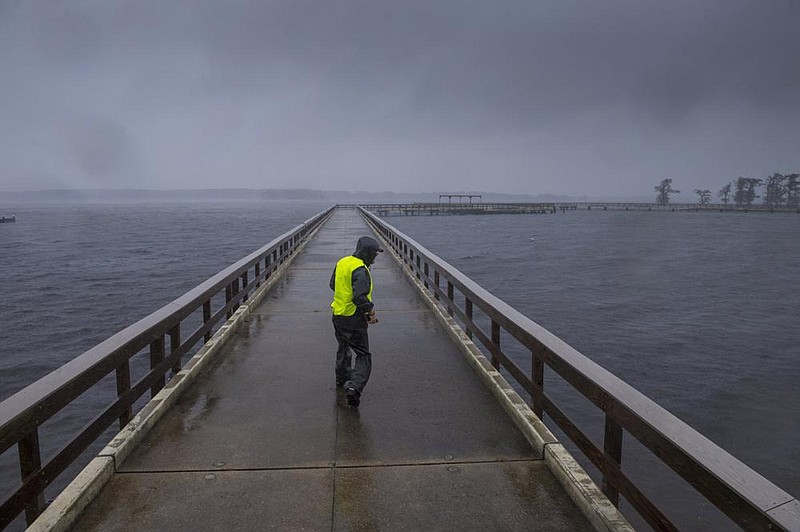 LAKE CHARLES, La. -- Hurricane Delta made landfall in southwestern Louisiana as a Category 2 storm Friday, compounding misery along a path of destruction left by Hurricane Laura only six weeks earlier.

The center of the hurricane blew ashore about 6 p.m. near the town of Creole with top winds of 100 mph, pushing a storm surge that could reach up to 11 feet, the National Hurricane Center said.

In Lake Charles, La., about 30 miles inland from where Delta had been forecast to make landfall, rain pelted the tarp-covered roofs of buildings that Hurricane Laura damaged when it barreled through in late August and killed at least 27 people in Louisiana.

"It's devastating, and it's emotional for the citizenry," Mayor Nic Hunter said as he prepared to ride out the storm in downtown Lake Charles.

[Video not showing up above? Click here to view » https://www.youtube.com/watch?v=UNdNSekgqAM]

By about 7 p.m. Friday, Delta had weakened to a Category 1 storm as it moved along the southwestern Louisiana coast.

Winds picked up Friday afternoon in inland areas such as Lafayette, La., where occasionally strong gusts buffeted trees and sheets of rain were falling. Many parishes and towns implemented curfews Friday until this morning to encourage people to stay off the roads during the worst of the storm.

Laura damaged about 95% of the homes and buildings in Lake Charles, and up to 8,000 residents -- or 10% of the population -- remain displaced, the mayor said. Piles of moldy mattresses, sawed-up trees and other debris lined the city's largely vacant streets Friday, raising concern that they could become wind-driven projectiles, and cause more damage and deaths during Delta.

"The fact that it's weakening should not cause anyone to lose focus or lose vigilance, because this is still a very strong storm," Gov. John Bel Edwards said during a news conference ahead of the storm.

Some residents decided to stay put, despite the danger. Ernest Jack remained in his blue-tarp-roofed house. He had gathered food and water, and had covered his windows to protect against flying debris.

"I just didn't want to leave. I stayed during Hurricane Laura, too. I just put it in the Lord's hands," he said, pointing skyward.

Delta has set records. It is the 10th named storm to hit the continental United States this year, surpassing the record number that hit in 1916, according to Colorado State University researcher Phil Klotzbach.

Delta is also the first Greek-alphabet-named hurricane to hit the continental U.S, and the fourth hurricane or tropical storm to hit Louisiana in a year, tying a 2002 record, Klotzbach said.

New Orleans, to the east, was expected to escape Delta's worst impacts. But the area saw tropical-storm-force winds Friday, and local officials said they were prepared for the possibility of tornadoes.

In Mississippi, Gov. Tate Reeves declared a state of emergency, as did his counterpart Edwards in Louisiana. Forecasters said southern Mississippi could see heavy rain and flash flooding. 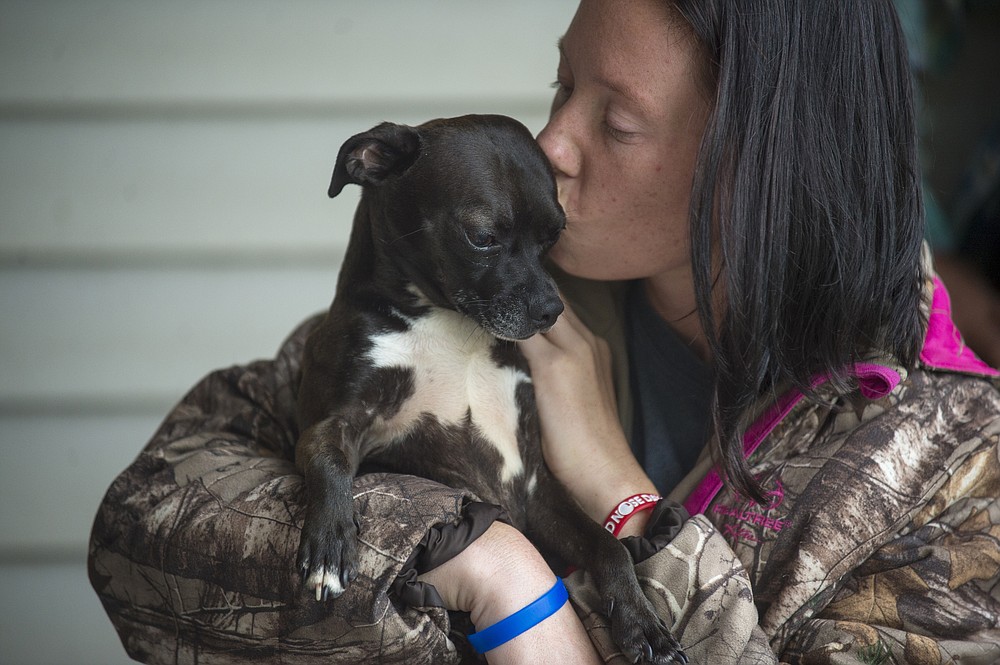 Savannah LeFleur kisses, Deuce, a dog she found wandering during Hurricane Laura several weeks ago in Bell City, La., Friday, Oct. 9, 2020. The two huddle in her car port as rain from Hurricane Delta moves into the state. Residents in south Louisiana braced to relive a nightmare Friday as bands of rain from approaching Hurricane Delta began soaking the same area of the state that was badly battered by a deadly hurricane six weeks ago. (Chris Granger/The Advocate via AP) 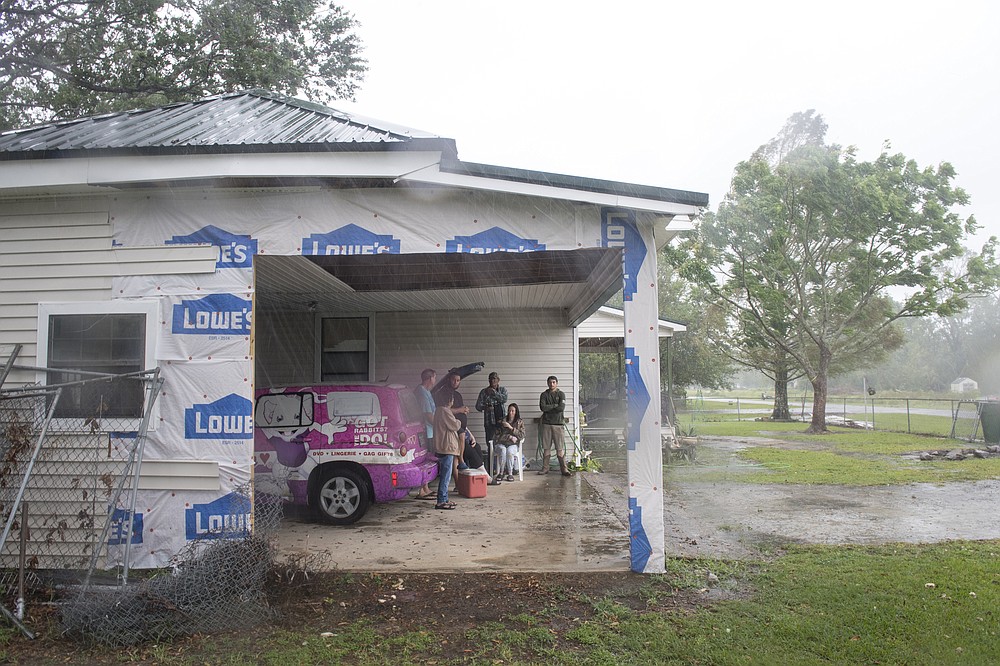 The Lafleur family of Bell City, La., gathers in their garage near where a wall was destroyed by Hurricane Laura several weeks ago, as they watch the arrival of Hurricane Delta, Friday, Oct. 9, 2020. (Chris Granger/The Advocate via AP) 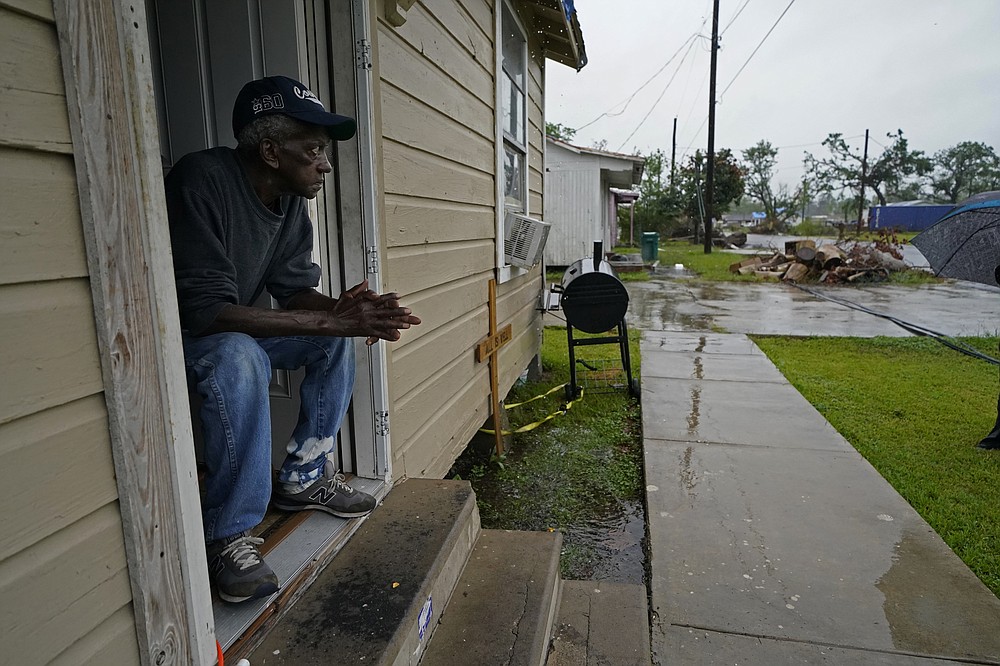 Earnst Jack, whose home was severely damaged from Hurricane Laura, sits in his front doorway as he waits for the arrival of Hurricane Delta expected to make landfall later in the day in Lake Charles, La., Friday, Oct. 9, 2020. Debris from Hurricane Laura is piled near the street. (AP Photo/Gerald Herbert) 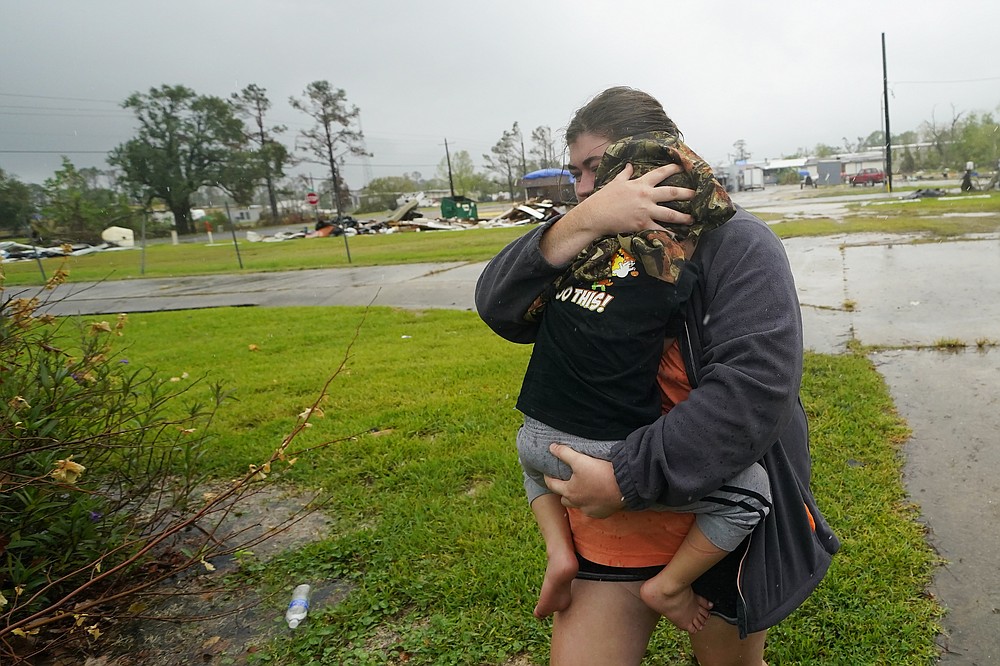 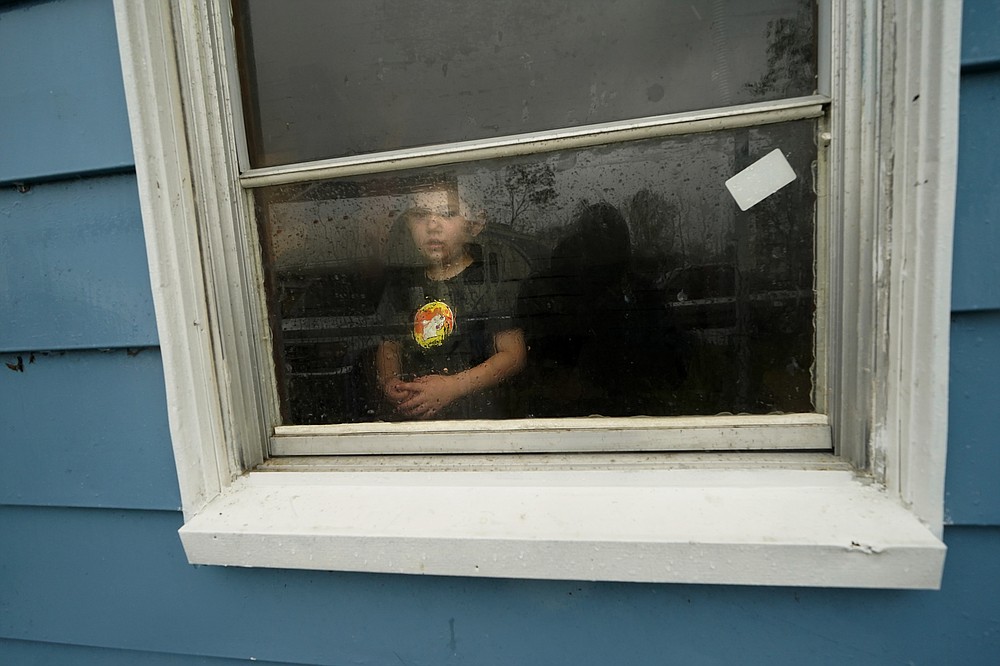 Hunter Daniel, 3, looks out the window of his uncle's house, to which his family temporarily relocated to ride out Hurricane Delta which is expected to make landfall later in the day, in Lake Charles, La., Friday, Oct. 9, 2020. (AP Photo/Gerald Herbert) 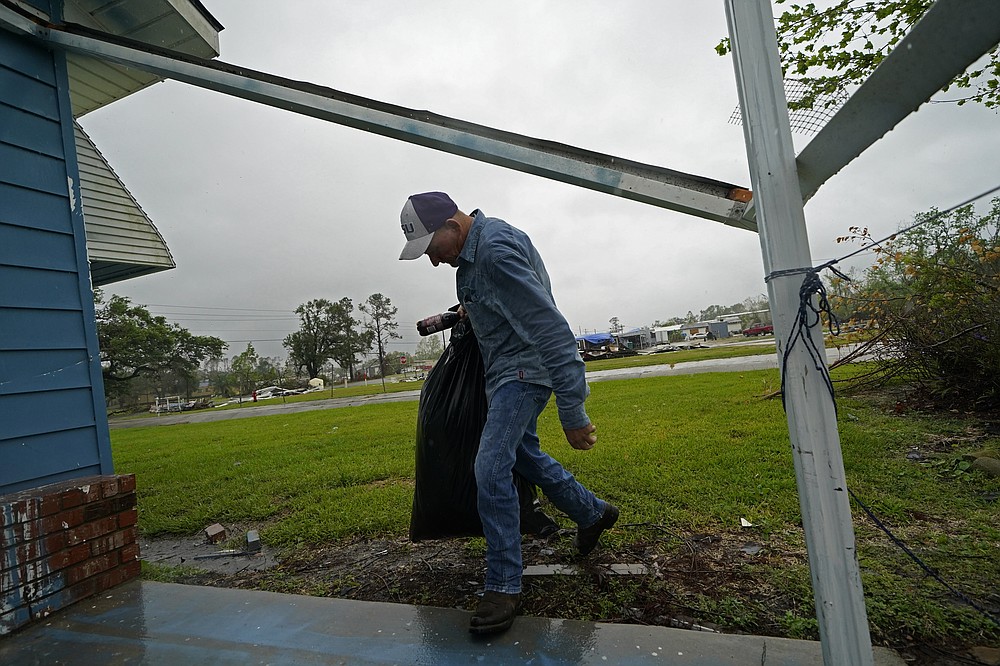 Jim Fontenot carries possessions into his brother's home, to which his family temporarily relocated to ride out Hurricane Delta which is expected to make landfall later in the day, in Lake Charles, La., Friday, Oct. 9, 2020. (AP Photo/Gerald Herbert) 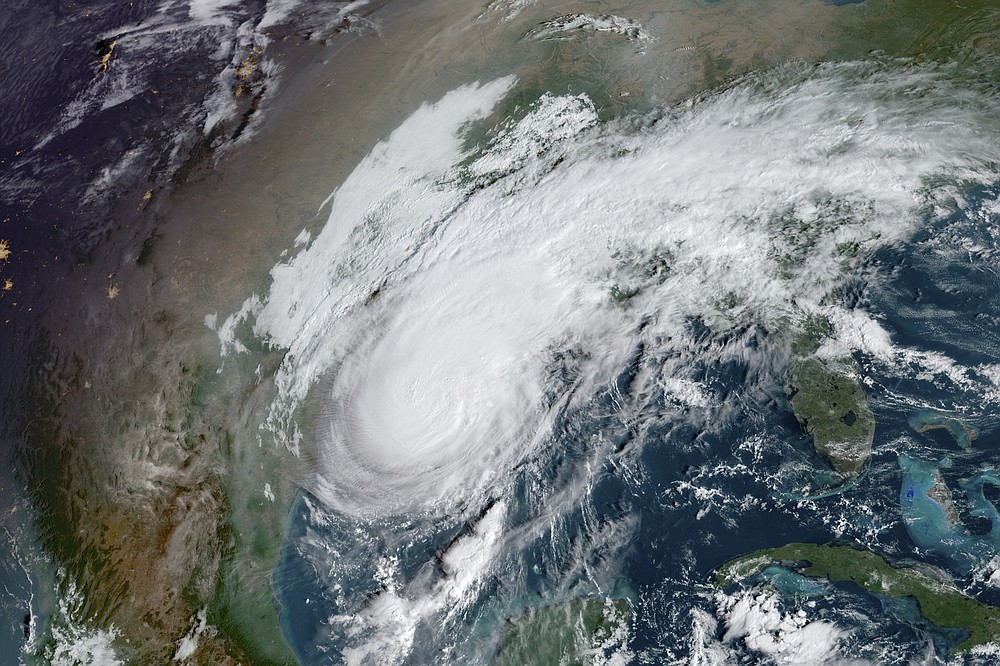 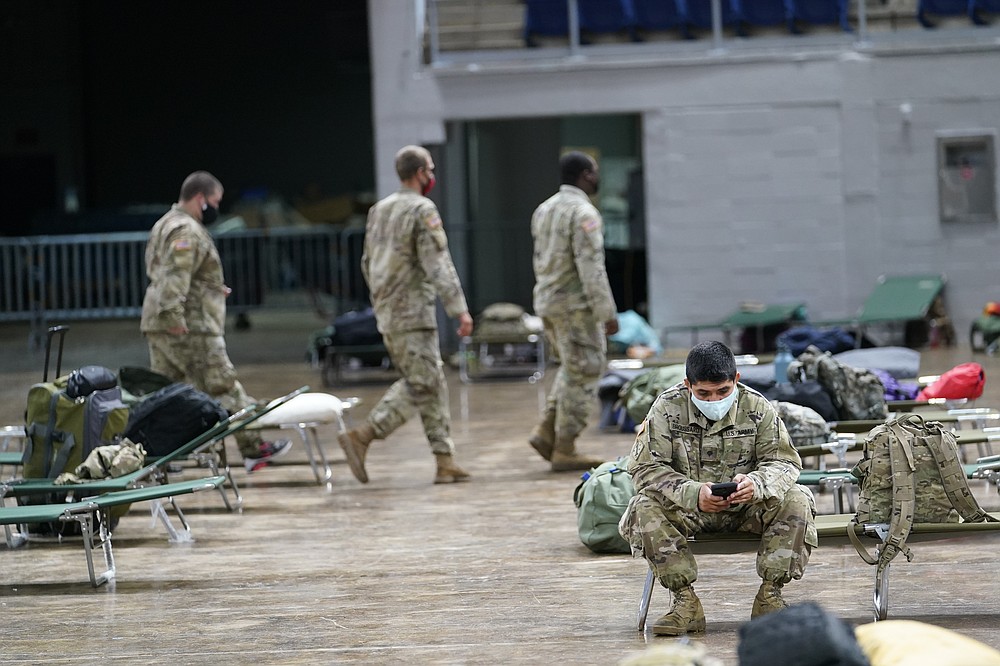