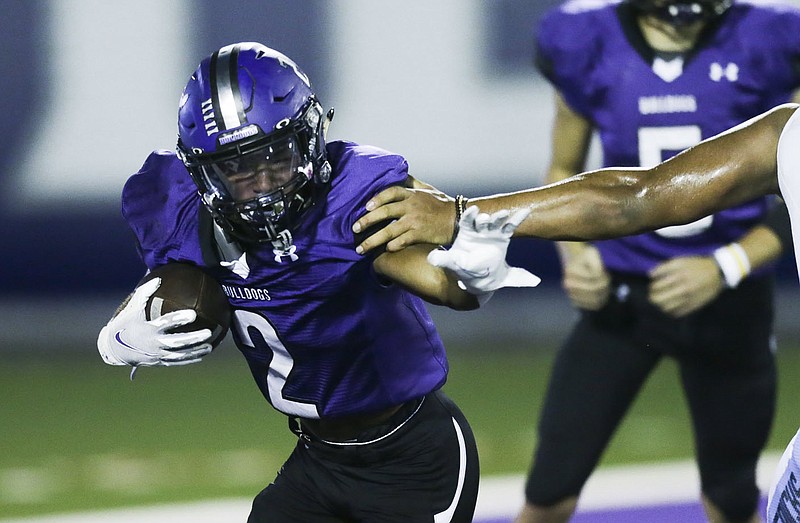 FAYETTEVILLE -- Late in the fourth quarter, it was going to take a perfect finish for Fayetteville to pull off a come-from-behind victory.

Fayetteville shook off a 16-point deficit with about only seven minutes left in the game to rally for a 46-42 victory against Fort Smith Southside in a 7A-West Conference matchup.

"That is probably the ugliest game I have ever been a part of," Fayetteville coach Casey Dick said. "But a win is a win. I'm proud of the kids effort and not giving up. They could've shut it down 15 different times in this game. We are proud they kept battling and found a way to win."

Fayetteville quarterback Bladen Fike scored the game-winning touchdown with a 6-yard rush to take a 46-42 lead with just 36 seconds left in the game.

Fike got the late fourth-quarter scoring going with a 19-yard pass to Link Lindsey to cut Southside's lead to 42-32 with five minutes, 41 seconds left.

Fike again found the end zone this time to Isaiah Sategna for an 11-yard touchdown pass to cut the Southside lead to 42-39 with just one minute, 53 seconds left.

Fayetteville was able to get the onside kick recovery after that. The Bulldogs took over at the Southside 49 with a little less than two minutes on the clock. Fike was able to drive down the field before scrambling for the game-winning touchdown with 36 seconds left.

"That was gusty," Dick said. "That is one word that defines our quarterback. He stayed in there and made the most of the play. We've probably done that game-ending scenario six times in the last week. It was a great effort from the offense to find the end zone."

Fike finished 27 of 46 passing for 365 yards and four touchdowns to lead the way for the Bulldogs. His main targets were Sategna, who had nine catches for 138 yards and two touchdowns, and Lindsey, who had six catches for 77 yards and a score all in the second half.

Fayetteville also got 129 rushing yards and a touchdown on the ground from Kameron Ingram.

Southside was led by quarterback David Sorg. He completed 13 of 21 passes for 241 yards and three touchdowns.

The Mavericks got a monster game from Luke Wyatt. He caught seven passes for 185 yards and two touchdowns. He also had a 90-yard kickoff return and a rushing touchdowns in his strong effort for the Mavericks.

The Mavericks held a 28-20 halftime lead and the same edge heading into the fourth quarter. Fike found Sategna for an 86-yard touchdown play on a one-play drive to cut the Southside lead to 28-26. The Mavericks answered on the following kickoff with the 90-yard kickoff return for a score from Wyatt.

Southside pushed its fourth-quarter lead out to 42-26 when Sorg found Wyatt on a 32-yard touchdown pass with about seven minutes left to play. But it was all Fayetteville on the scoreboard after that in the win.

Southside was able to take a 28-20 lead heading into halftime after both teams combined to score six touchdowns after there was just a lone score in the first quarter.

Southside was able to jump out to a 14-7 lead early in the second quarter with a score then by taking advantage of a fumble by Fayetteville on a kickoff.

A 40-yard pass to Wyatt from Sorg on the very next play set up a 4-yard touchdown run from Javon Williamson. That tied the game at 7-7 early in the second quarter.

Southside took over at the Fayetteville 10 after the fumbled kickoff. Wyatt, a former quarterback, took the direct snap and found the end zone to give the Mavericks a 14-7 lead.

Sorg was able to push the Southside lead out to 21-7 when he found Williamson for a 12-yard touchdown pass on a screen play with about five minutes left before halftime.

Fayetteville got its offense going after that. The Bulldogs started a drive at Southside's 18 and scored on play later to cut the lead to 21-14. Fike found Ingram on an 18-yard touchdown pass.

It didn't take Southside long to respond after that. The Mavericks scored on their very next offensive play with Wyatt catching a 65-yard touchdown pass from Sorg for a 28-14 edge.

Fayetteville answered on its next drive with a quick score. Ingram raced to the end zone for a 72-yard score after a failed two-point conversion. That made it just a 28-20 Southside lead with 1:38 left in the first half.

• Fayetteville with the win made it seven in a row over the Mavericks in the series.

• Kaiden Turner came away with an interception in the final moments of the game to help seal the victory. 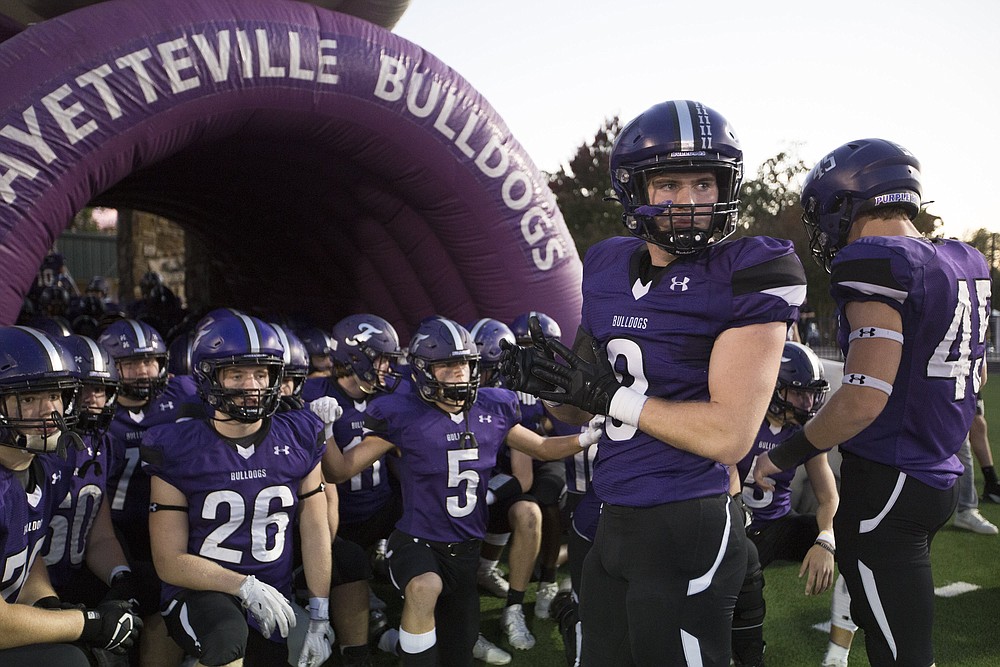 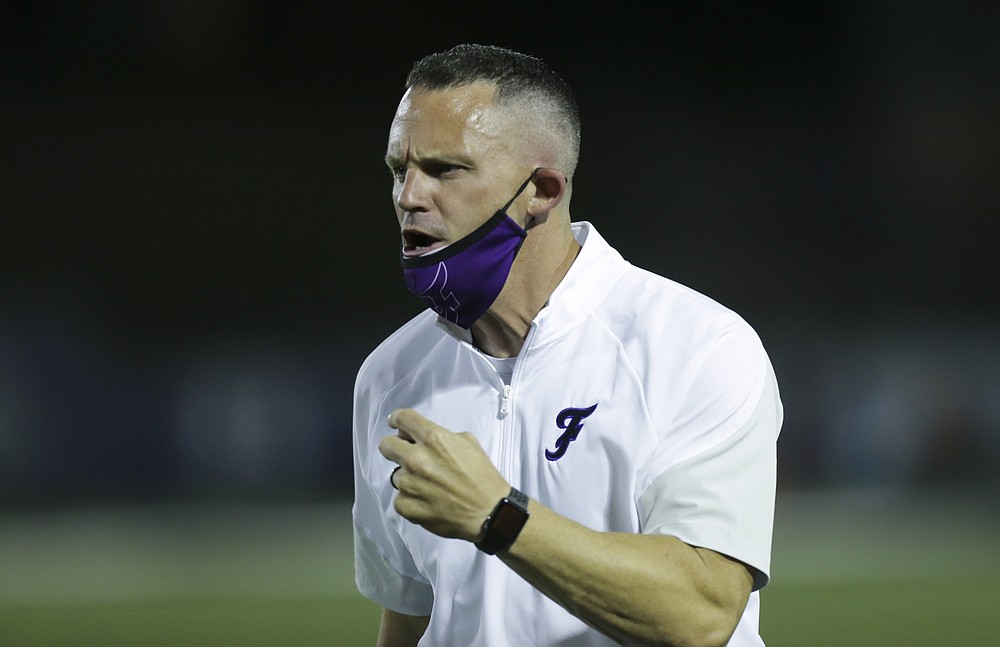 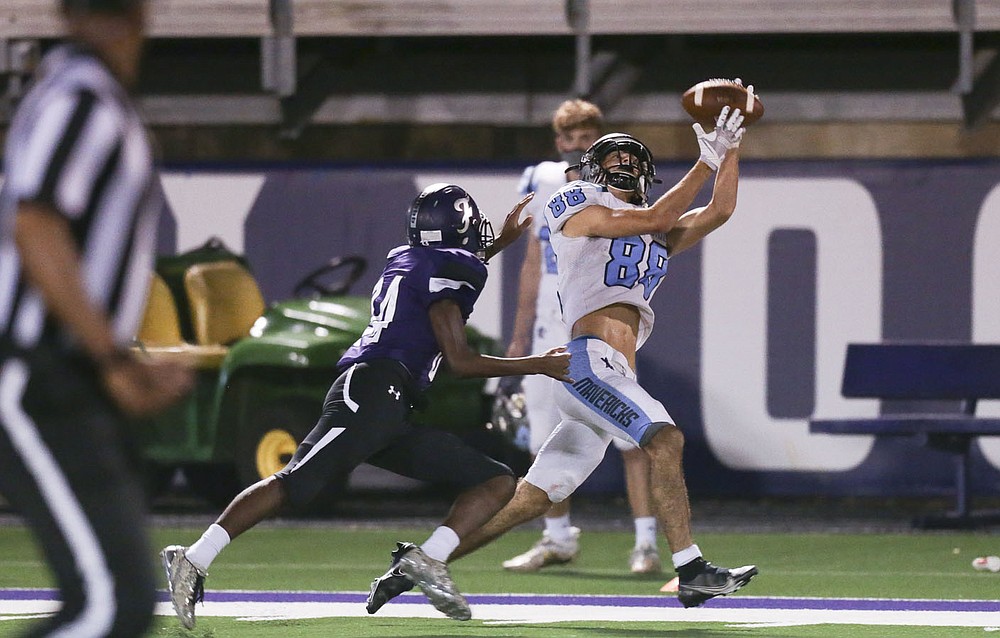