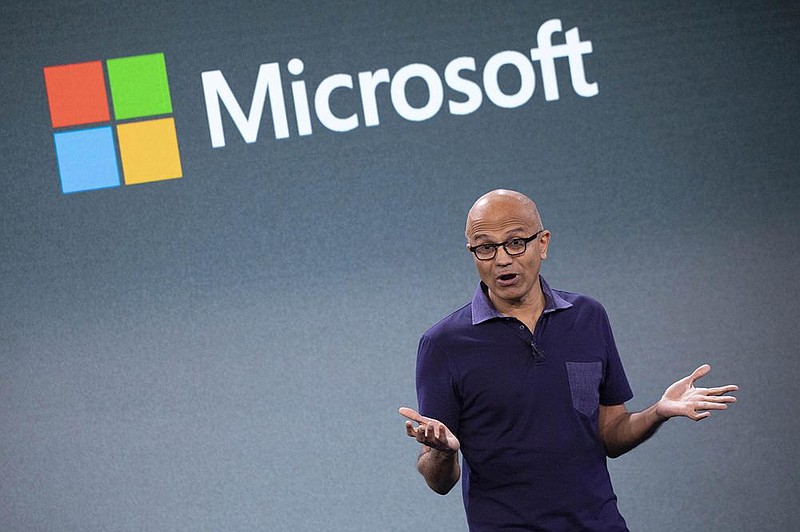 Microsoft CEO Satya Nadella, pictured in 2019, said in June that the tech company would double the number of Black managers, senior individual contributors and senior leaders by 2025. (AP/Mark Lennihan)

American companies promising to hire more Black employees in leadership roles and teach their workforce about racial diversity are getting a message from President Donald Trump's administration to watch their steps if they want to keep doing business with the federal government.

Trump's Labor Department is using a 55-year-old presidential order spurred by the civil-rights movement to scrutinize companies like Microsoft and Wells Fargo over their public commitments to diversity. Government letters sent last week warned both companies against using "discriminatory practices" to meet their goals.

Microsoft has brushed off the warnings, publicly disclosing the government inquiry and defending its plan to boost Black leadership.

But advocates for corporate diversity initiatives worry that more cautious executives will halt or scale back efforts to make their workplaces more inclusive out of fear that a wrong step could jeopardize lucrative public contracts. The agency has oversight over the hiring practices of thousands of federal contractors that employ roughly a quarter of all American workers.

"For tech companies that don't care about these issues, the pronouncements are a dog whistle that they can carry on discriminating the way they already have," said Laszlo Bock, an executive who ran Google's human resources division for more than a decade and now leads software startup Humu.

Bock said those who do care, however, will see Trump's actions as political "sound and fury" that will be hard to enforce.

"It's not at all illegal to strive to have a workforce that reflects the makeup of your nation," Bock said.

Democratic President Lyndon B. Johnson's 1965 order was designed to "adjust the imbalances of hiring that are a legacy of our racist past," said employment attorney and public contracting expert Daniel Abrahams.

"Trump is turning it around into an instrument of white grievances," he added.

The president also has ordered the Labor Department to set up a new hotline to investigate complaints about anti-racism training sessions that Trump has called "anti-American" and "blame-focused." The order signed last month calls attention to discussions of deep-seated racism and privilege that could make white workers feel "discomfort" or guilt.

Trump's executive order is a twist on Johnson's 1965 directive and amendments that followed that set rules banning discriminatory practices at companies that contract with the federal government. It requires contractors to take "affirmative action" to open the doors to hiring minorities and women.

But the Labor Department is raising questions about the specificity of commitments made by executives addressing racial injustice in response to the wave of Black Lives Matter protests that followed May's police killing of George Floyd in Minneapolis.

Microsoft chief executive Satya Nadella said in June that the tech company would double the number of Black managers, senior individual contributors and senior leaders by 2025. Wells Fargo CEO Charles Scharf made a similar commitment in June to doubling Black leadership over the next five years.

Abrahams said he doubts that the Labor Department has much of a case against companies that are trying to increase diversity, though "there's some discrimination against white people that's probably actionable," and courts have danced around the question of what happens when employers set "inflexible" targets for racial quotas.

But he said it's more likely the Trump administration is using the move as a political tactic ahead of the presidential election. Trump has criticized workplace training that he says is based on critical race theory, or the idea that racism is systemic in the U.S.

Dozens of companies have ramped up their efforts to draw more Black and other minority employees into their ranks since the protests over Floyd's death shook the country and triggered a national reckoning over race. Many have announced initiatives specifically targeting the Black community.

The CEOs of the 27 largest employers in New York -- including Amazon and JPMorgan -- formed a coalition to recruit 100,000 people from low-income Black, Hispanic and Asian communities in the city by 2030. More than 40 companies have joined a pledge to add at least one Black member to their board of directors by 2021.

Johnny Taylor, the CEO of the Society for Human Resource Management, said he has asked for a conference with U.S. Labor Secretary Eugene Scalia to seek clarity about the intention of the inquiries.

"I want them to ensure the companies are complying with the law but that investigation doesn't result in a chilling effect on diversity and inclusion programs," said Taylor, whose organization represents 300,000 human-resource professionals across the world.

Taylor said he believed the policies announced by Microsoft and Wells Fargo amounted to aspirational goals, rather than quotas based on race. But he said announcing numbers may have opened companies to discrimination complaints. 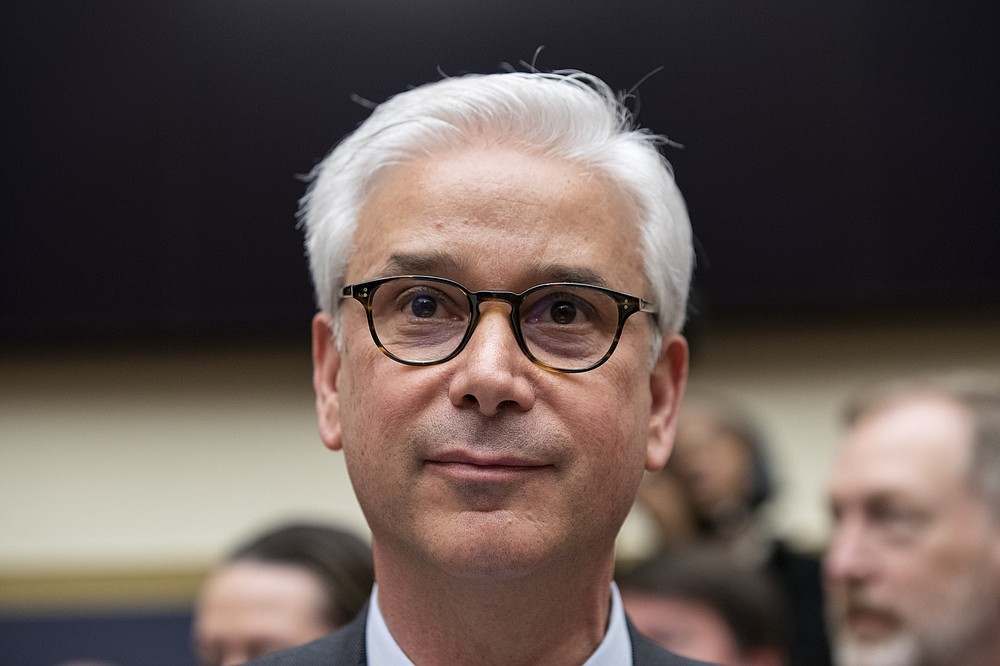 FILE - In this March 10, 2020 file photo, Wells Fargo CEO and President Charles Scharf is seated to testify during a hearing of the House Financial Services Committee, on Capitol Hill in Washington. American companies promising to hire more Black employees in leadership roles and teach their workforce about racial bias are getting a message from President Donald Trump’s administration: Watch your step. Trump’s Labor Department is using a 55-year-old presidential order spurred by the Civil Rights Movement to scrutinize companies like Microsoft and Wells Fargo over their public commitments to boost Black employment and leadership roles.(AP Photo/Alex Brandon, File)
ADVERTISEMENT