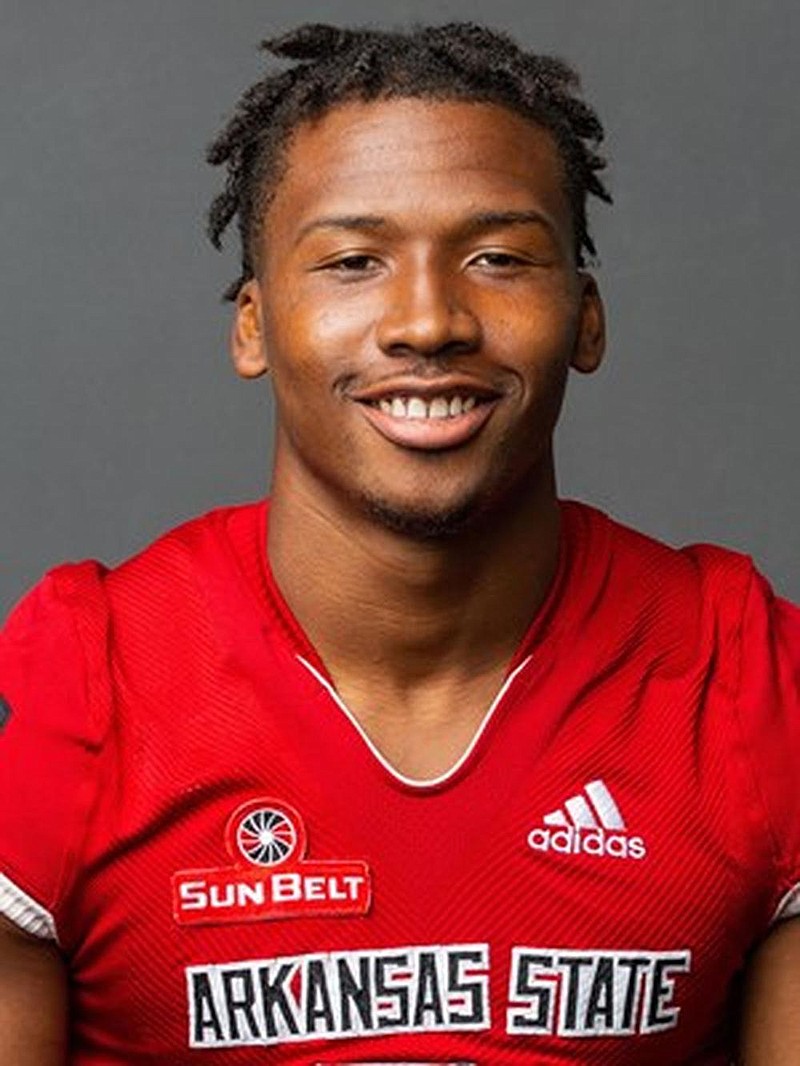 JONESBORO -- University of Central Arkansas certainly could have used senior cornerback Robert Rochell on Saturday in the Bears' 50-27 loss against Arkansas State University.

ASU took advantage of Rochell not playing due to injury, utilizing the height of senior wide receivers Jonathan Adams Jr. (6-3) and Dahu Green (6-5).

"We were going to go at him, too," Anderson said. "We felt like we've got two of the best wideouts in the country at this level, and we were going to make them defend us.

"I think what they had to do coverage wise may have created some issues, too, because they felt the need to cloud coverage to help out corners, and there were times where you saw our tight ends get really involved and it did open up some other things.

"I think if we didn't have the wind and the rain, it could have been ugly."

Rochell, who's projected to be a second-day draft pick and is rated as the No. 1 FCS corner by DraftScout.com, had gotten banged up last week in UCA's loss at North Dakota State and hadn't practiced much since.

UCA Coach Nathan Brown said not having Rochell was a game-changer Saturday.

"In a game like this, with the ability of those two outside receivers, it really hurt," Brown said. "I've [got] confidence in our young guys, I've got confidence in Deandre Lamont. They got behind him a time or two. But again, you can't replace an All-American. You can't replace a kid who's probably going to be a second-day draft-pick. It was unfortunate that Robert wasn't able to go today. That did hurt us.

"One, we've got to protect our guys a little better with some over-the-top coverage. Also, we have the same expectations. We've got to make plays with those young guys. They went against two great players and they got their feet held to the fire."

After a sub-optimal performance against Coastal Carolina last week, the rotation looked similar to its victory at Kansas State. Bonner got the start and went 11 of 19 for 239 yards and 3 touchdowns, while Hatcher went 10 of 19 for 153 yards and 3 touchdowns. It was the first time in school history that ASU had two separate quarterbacks throw three touchdowns in a game.

Bonner and Hatcher's success led to a season-high 573 yards for the Red Wolves.

"I get it. I don't like playing two, either," Anderson said. "But I don't know how not to with the situation we're in with covid, with potential injuries and with how they're both playing."

He ended up 7 yards short of his career-high he set last season against Incarnate Word.

Hudson was the only UCA receiver Smith could find in a dreadful first half, when the quarterback completed 7 of 26 passes for 90 yards and had an interception returned for a touchdown.

Hudson came into the game as UCA's second-leading receiver for the season, behind Lujuan Winningham, with 15 catches for 225 yards and 2 touchdowns.

Not bad, but nothing compared to what he did against UCA in the rain and wind.

Hanson punted five times for a 52.0-yard average, and had two punts downed inside the 5.

Hanson's first punt, downed at the UCA 2 with 6:26 to play in the first quarter, led to the Bears taking a safety when quarterback Breylin Smith fell on the ball in the end zone after mishandling a snap with UCA leading 3-0.

"We were backed up for three straight possessions," UCA Coach Nathan Brown said. "That really hurt us. It was just a great job by their special teams, their punter."

Hanson punted three times in the game's first 16:18, but not again until the fourth quarter, when he got off a 69-yard kick that was downed at the UCA 9.