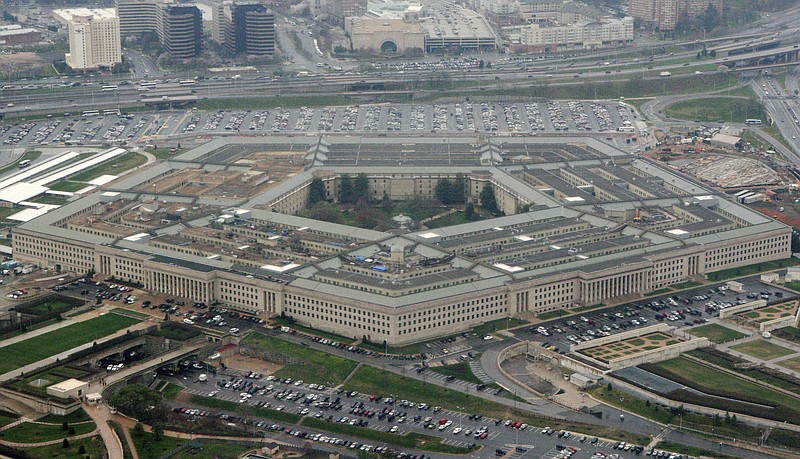 FILE - This March 27, 2008, file photo shows the Pentagon in Washington. The specter of election chaos in the United States is raising questions about whether voting, vote-counting or the post-vote reaction could become so chaotic that the military would intervene. (AP Photo/Charles Dharapak, File)

WASHINGTON -- There is normally no need for the military to play any role in an election. The Constitution keeps the military in a narrow lane -- defending the United States from external enemies. Civil order is left largely to civilian police.

But the Insurrection Act, could theoretically be used to thrust the active-duty military into a policelike role. And governors have the ability to use the National Guard in state emergencies if needed.

The potential use of troops, either active duty or National Guard, at the polls or in postelection unrest has been discussed by governors and military leaders.

Gen. Mark Milley, who as chairman of the Joint Chiefs of Staff is the nation's top military officer, has told Congress the military is committed to staying apolitical and steering clear of any election role.

"In the event of a dispute over some aspect of the elections, by law U.S. courts and the U.S. Congress are required to resolve any disputes, not the U.S. military," he said in written answers to questions from two Democratic members of the House Armed Service Committee. "I foresee no role for the U.S. armed forces in this process."

The military is made up of active duty, National Guard and Reserves. In all but extreme cases, active-duty troops are used for war to protect the nation. National Guard units are in every state and are controlled by the governor, not the federal government.

Governors routinely mobilize their Guard members for emergencies, such as natural disasters, and they can use them to help enforce the law during events such as riots.

In a national emergency, such as the wars in Iraq and Afghanistan, a president can deploy the Guard in a federal status to support the active-duty military. The president has the authority to federalize the Guard for use in a domestic emergency, but there are questions about whether a state's governor can try to block such a move.

The president has the authority under the Insurrection Act of 1807 to dispatch active-duty military in states that are unable to put down an insurrection or are defying federal law. Under the law, the president can activate troops without a governor's approval as long as specific conditions are met, such as if the violence is interfering with the execution of laws there.

Democrats fear that Trump supporters will try to intimidate Democratic voters at polling places to scare them from voting. Trump added to those worries in the Sept. 29 debate, urging his supporters "to go into the polls and watch very carefully, because that's what has to happen."

Several state leaders, including New York Gov. Andrew Cuomo, a Democrat, have raised the possibility of using Guard troops for security at the polls. Others used the Guard during primary elections. At times they wore civilian clothes and filled in for poll workers who were absent because of the pandemic. They also helped by cleaning polling places or directing traffic. But they must stay out of the polling process. 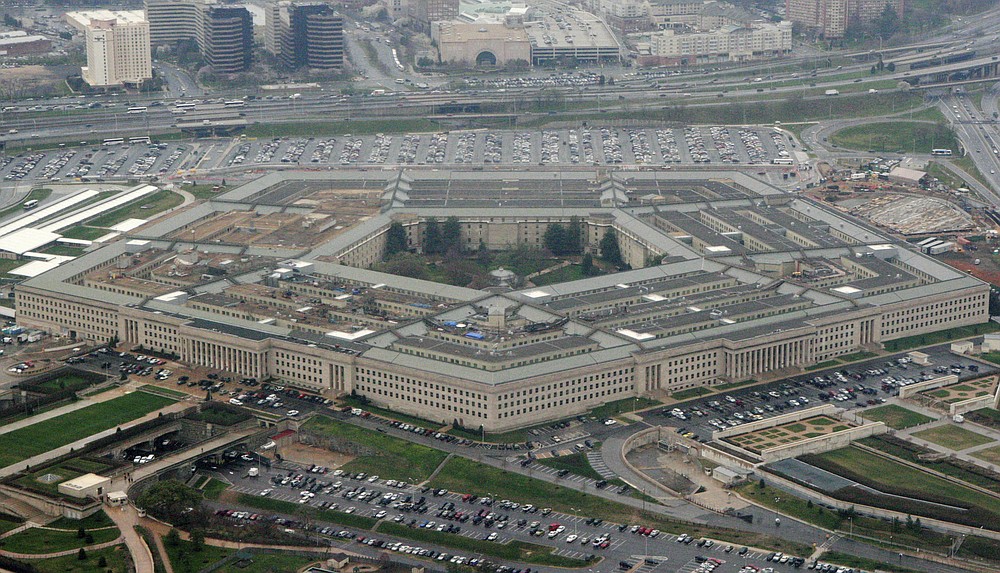 FILE - This March 27, 2008, file photo shows the Pentagon in Washington. The specter of election chaos in the United States is raising questions about whether voting, vote-counting or the post-vote reaction could become so chaotic that the military would intervene. (AP Photo/Charles Dharapak, File)
ADVERTISEMENT