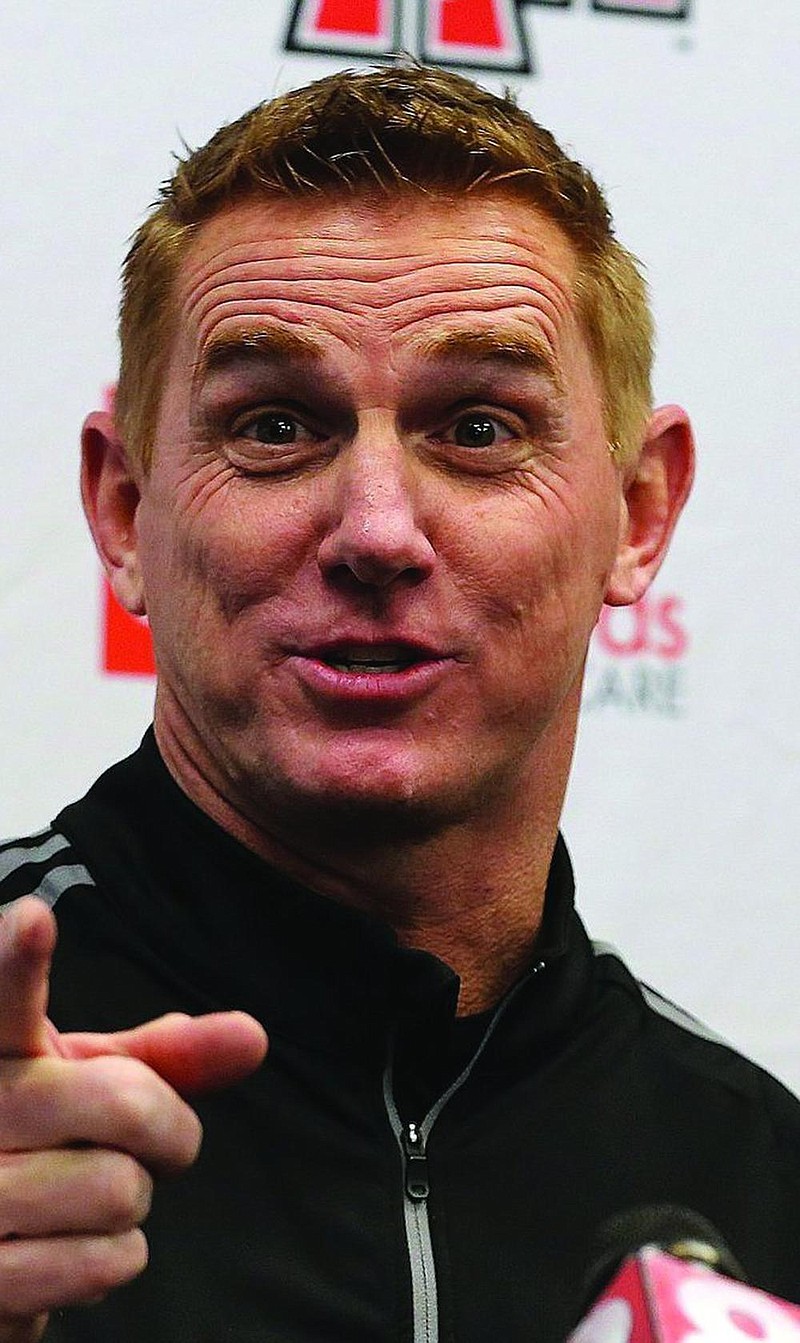 It was a critical meeting, Anderson said, and definitely not a "fun" meeting. With only four days to prepare for Georgia State on Thursday -- which Anderson characterized as a "must-win" several times -- the Red Wolves have much to improve upon despite their solid outing against the Bears.

"The message [Sunday] night was that as good as we played at times -- and, yes, the score looks lopsided and, yes, it was a win and I'm excited about it -- we still haven't played our best ball yet," Anderson said. "That meeting [Sunday] night was about where we can correct and fix and get better.

"I don't know if we played well enough to beat a conference opponent. It's hard to say. I just know we made a lot of mistakes. So that's the focus this short week against a good opponent: We're still making too many mistakes to be the team we're capable of."

Anderson said a short week intensifies the issues from the previous game. Although he feels there's little time to fix the mistakes, he's been relatively successful in games played in a five-day window.

Entering his seventh season as the ASU coach, Anderson is 5-2 in Thursday night games.

"Playing on a Thursday night is always a challenge, even if you're playing at your best. We're going to continue to try and do every little thing to get them ready," Anderson said. "I think we learned in the past that we tried to get too much done on Sunday. We'll actually practice for the first time [Monday]. I think we found that we try to do too much on Thursday games that when we circled it and lightened it, we got a lot better response."

Due to the short week, Anderson said the practice schedule and film sessions are different this week. Instead of the coordinators breaking down all the UCA film, Anderson did it himself and allowed the coordinator to begin prepping for Georgia State. And as far as each practice day, they've all essentially been moved up by one day.

"The short week changes things tremendously," offensive coordinator Keith Heckendorf said. "But we've done it a bunch. Coach Anderson has been in these situations numerous times as a head coach and as a coordinator and has a great blueprint in place.

"We came in [Sunday] and treated [Sunday] like a normal Monday. We game-planned all day. Everything just gets accelerated. You really go through the same process. There's just got to be a sense of urgency."

The defense will have its hands full the most during the short week, preparing for a Georgia State offense that has put only two games on film and has a freshman quarterback. In those two games, Georgia State combined for 904 yards of offense and 80 points while starting 1-1. Arkansas State ranks 63rd out of 76 teams in total defense.

"A short week preparing with the different options [Georgia State] has off of their plays is a difficult week," Duggan said. "So we're going to have to have a really condensed practice week and make sure that we hopefully prepare them the right way and we hit on all cylinders.

"It's a challenge for our guys. They've got to put some work in. If you're on a short week and you can't prepare them for everything, they're going to have to do some preparing on their own, and that's the thing we emphasize to them every single week."

If Arkansas State wins Thursday, it'll be the Red Wolves' first Sun Belt win of the season after falling to Coastal Carolina 52-23 two weeks ago.

While Georgia State is not in ASU's division, Anderson said ASU has to win Thursday if it still wants a chance to win the conference.

"If we want to compete in the Sun Belt Conference for a championship, this is a must-win," Anderson said. "We can't dig ourselves a two-game hole. And our guys are fully aware of that."

Arkansas State and Georgia State will kick off at 6:30 p.m. Thursday in Jonesboro on ESPN.