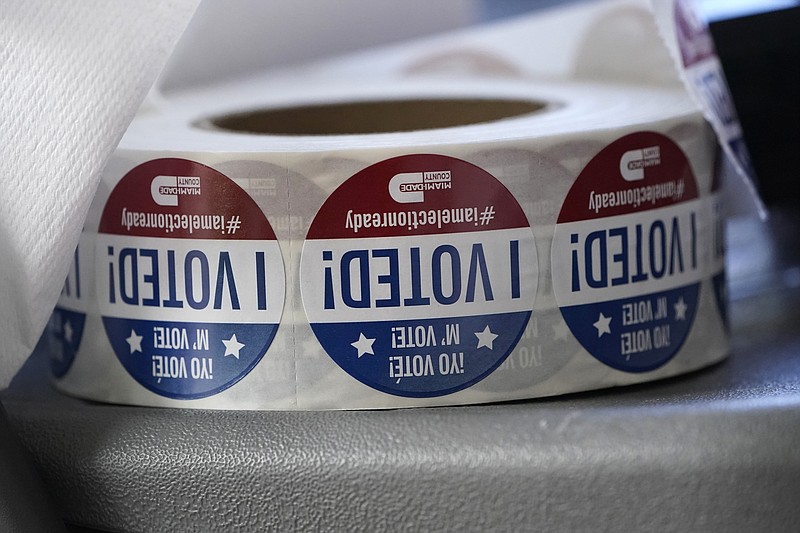 Editor's note: At the polls on Nov. 3, during early voting, and on absentee ballots, Arkansas voters will be faced with three ballot issues referred to the people for approval by the Arkansas General Assembly. As a service to our readers the Pine Bluff Commercial is examining each of the three ballot issues one at a time over three days. Today is Ballot Issue 1.

Ballot Issue 1 is titled, "An Amendment to the Arkansas Constitution to continue a levy of a one-half percent sales and use tax for state highways and bridges; county roads, bridges, and other surface transportation; and city streets, bridges, and other surface transportation after the retirement of the bonds authorized in Arkansas Constitution, Amendment 91, as special revenue to be distributed under the Arkansas Highway Revenue Distribution Law."

According to the complete text of the proposed amendment, the ballot issue concerns a one-half cent sales tax passed by voters in 2012 as Amendment 91, which introduced the tax to provide additional funding for the state's four-lane highway system, county roads and city streets. That tax is scheduled to be abolished, or to "sunset," in 2023 once all outstanding bonds the tax was passed to pay for have been satisfied.

The intent of the ballot issue is to continue the one-half cent sales tax after those bonds are retired "to provide special revenue for use of maintaining, repairing, and improving the state's system of highways, county roads, and city streets."

The sales tax is levied, according to the language of the ballot issue "on all taxable sales of tangible personal property, specified digital products, a digital code, and services subject to the tax."

In other words, according to the University of Arkansas Cooperative Extension Service, the amendment would make permanent the one-half cent sales tax approved in 2012 for 10 years and would earmark that money to fund maintenance, repairs and improvements to the state's highways, county roads, and city streets.

The tax rate would not apply to grocery sales, which are taxed differently than other goods.

After the state receives a 3% portion of the revenue to pay for administrative costs, the state highway department, ARDot, will receive 70% of the funding, counties will receive 15%, and cities the remaining 15%, the Extension Service said.

Estimates of the annual revenue to be split between the state, counties and cities, the Extension Service said, is $293.6 million, with the state to receive an estimated $205.6 million, the counties to split $44 million, and the cities to split the remaining $44 million annually.

The revenue generated from the proposed tax would be treated as special revenue.

This means that under this proposal, the revenue must be spent for the maintenance, repair and improvement of state highways, county roads and city streets, and could not be used to pay off bond debt, including bonds used to finance future highway projects.

According to the Extension Service, supporters of the ballot issue say the tax will support about 3,200 jobs each year and provide $8.2 billion in economic activity over 10 years.

If the ballot fails to pass, they say, county judges and mayors will have to make cuts in their budgets to compensate for the loss of revenue.

Additionally, alternative sources of revenue would be necessary as fuel taxes are being constantly whittled away by increased construction costs and decreasing fuel consumption.

Supporters also say that the issue is not a new tax, the Extension Service said, but only an extension of an existing tax.

Opponents, according to the Extension Service, say that a significant portion of the proceeds will go to the 30 Crossing project in Little Rock, and will benefit only a small percentage of Arkansans, that the sales tax has little benefit to Arkansans who do not drive because the state puts little money into public transportation funding, and that if ARDot were to receive funding through this measure, it would soon be back seeking more funding for other projects.

Opponents also say that the measure is a new tax, the Extension Service said, with opponents comparing it to a 10-year jail sentence, that, if extended, they said would amount to an additional sentence.

ARDot estimates that if the measure fails to pass, cities and counties could see a reduction in state turnback funding amounting to 30% of the street and road funding for each city and county.