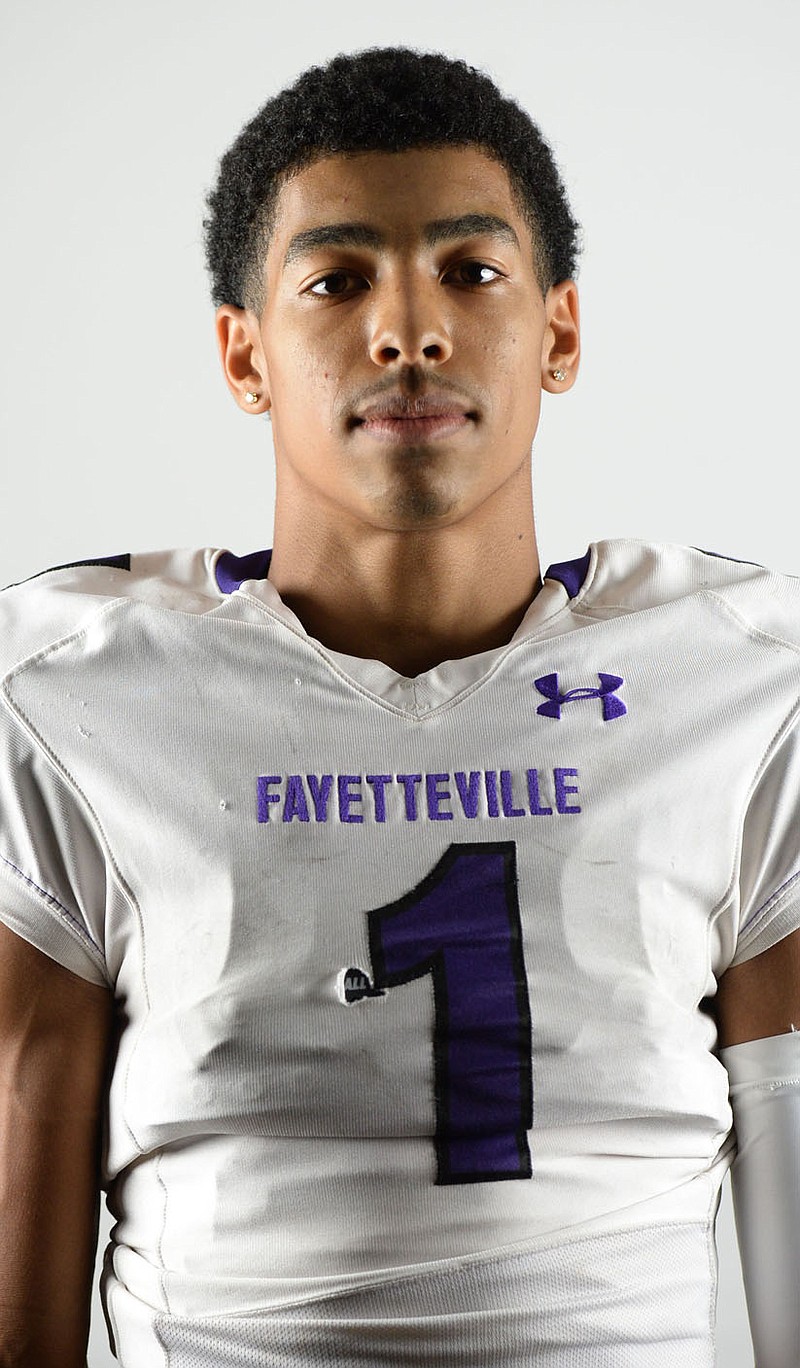 Fayetteville was in deep trouble Friday, winless and trailing Fort Smith Southside by 16 points with about seven minutes to play.

Another loss and Fayetteville would've stood 0-5 overall and 0-1 in 7A-West Conference play. But Isaiah Sategna and his teammates refused to let that happen.

Sategna caught touchdown passes of 86 and 11 yards in the fourth quarter as Fayetteville rallied for a 46-42 victory over the Mavericks at Harmon Field. Sategna, a track and field star for the Bulldogs, showcased his speed when he took a short pass from quarterback Bladen Fike and raced 86 yards down the sidelines for a score to start the fourth quarter.

Fayetteville scored 20 consecutive points in the final six minutes, starting with a 19-yard pass from Fike to Link Lindsey. Sategna scored on an 11-yard reception before Fike scored on a 6-yard run to put Fayetteville ahead 46-42 with 36 seconds.

Sategna finished with nine catches for 138 yards and two scores. For his effort, Sategna is the Northwest Arkansas Democrat-Gazette Player of the Week.

"We didn't come out strong and that's something we have been struggling with this year," Sategna said. "But that fourth quarter was for sure the best quarter we have played. Kaiden (Turner) stepped up on the defensive side and Bladen had one of his best games."

Making big plays is nothing unusual for Sategna, a junior with a growing list of scholarship offers from top Division I programs, including a recent offer from Oregon.

"Isaiah's ability to extend plays after the catch is phenomenal," Fayetteville coach Casey Dick said. "We expect him to continue to thrive and get better as the season progresses."

Fayetteville (1-4, 1-0) was badly in need of a win, especially after the Bulldogs lost 33-30 the previous week to Fort Smith Northside. Sategna had 212 yards in reception in the game, including another play when he took a screen pass and outran the pursuit for a 65-yard touchdown. But Northside won on a 25-yard field goal by Slate Staton with seven seconds to play.

Fayetteville's win in its conference opener provides a boost for the Bulldogs heading into Friday's 7A-West matchup with undefeated Bentonville (6-0, 3-0). The Tigers are ranked No. 3 in the state and coming off lopsided wins over Southside and Rogers Heritage.