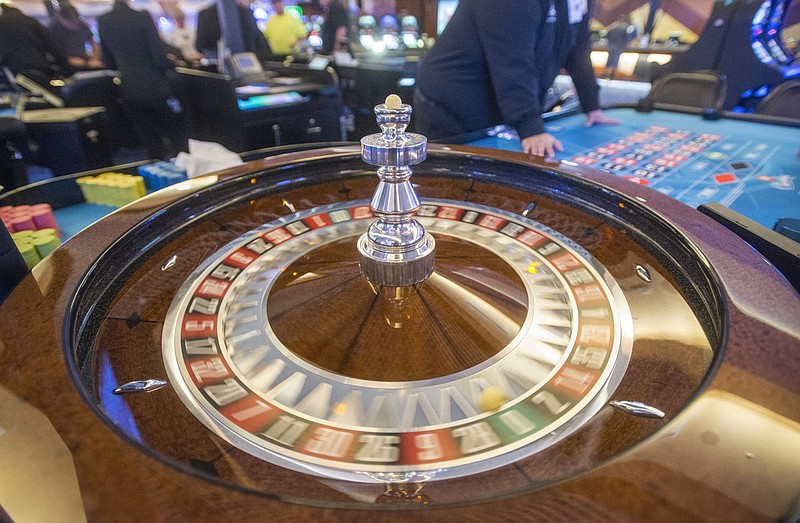 The spurned applicant for a casino license in Pope County on Tuesday sued to stop Gulfside Casino Partnership -- the winner of the license -- from opening a smaller casino "annex" while completing construction of its planned gaming resort.

The lawsuit was filed Tuesday morning in Pope County Circuit Court by attorneys for Cherokee Nation Businesses, which bid unsuccessfully for the county's sole casino license.

County Judge Ben Cross, who has thrown his support behind the Cherokees' proposal to build a casino and hotel complex, is also a plaintiff in the lawsuit.

Both Gulfside and the Arkansas Racing Commission, which awarded the license in July, were named as defendants.

Gulfside submitted its proposal for the annex to city officials in Russellville last month, but it has yet to get approval from the Racing Commission.

The lawsuit against the annex is the latest piece of litigation surrounding the Pope County license, which was one of four casino licenses created by a constitutional amendment approved by voters in 2018.

In the lawsuit, attorneys for Cherokee Nation Businesses allege that the Racing Commission lacks rules to approve such a temporary project, and that the proposed annex would exist on plots of land not covered by Gulfside's license.

"Gulfside is now in the process of unlawfully constructing and operating a temporary annex casino in Pope County, Arkansas that wholly conflicts with its application, its representations to the [Racing Commission], its casino gaming license and the Casino Gaming Rules," the lawsuit states.

A representative for Gulfside, Casey Castleberry, defended the annex proposal in a statement Tuesday by pointing to a similar casino annex that opened last year adjacent to the planned Saracen Casino Resort being built by the Quapaw Nation in Pine Bluff.

"This is an issue for the Arkansas Racing Commission, not the courts," Castleberry said. "Like [Saracen] in Pine Bluff, Gulfside's River Valley Annex would provide nearly 300 jobs and millions in revenue for the City of Russellville during the construction of our first-class resort. This lawsuit has no merit and would only serve to stifle future economic growth."

Castleberry said the proposed annex will include about 500 slot machines and eight gaming tables along with a restaurant.

Scott Hardin, a spokesman for the Racing Commission, said in an email this week that the developers of the Saracen casino had included plans for an annex in their original application approved by the commission.

Gulfside, however, didn't include similar plans in its application, Hardin said, and will need approval from the commission to build and open an annex.

Hardin said Tuesday that the commission had not received an application for the annex from Gulfside and that a date had not been set to consider any potential proposal.

"There is nothing prohibiting Gulfside from proceeding with the casino it included in its application although we always anticipated the company that was licensed would hold construction until litigation is complete," Hardin said in an email.

In July, the Arkansas Supreme Court vacated a lower-court ruling finding that a limited liability company created by the Cherokees was not a qualified applicant for the casino license.

The Racing Commission rejected the Cherokees' appeal of the commission's decision in July, though the commission has yet to issue its final conclusions and law and findings of facts.

Attorneys for Cherokee Nation Businesses said in Tuesday's lawsuit that they will seek further appeals through the courts if that administrative appeal remains unsuccessful.

"Pope County deserves a responsible operator that has a stellar track record of keeping promises made to communities, employees and local vendors," Cherokee Nation Businesses CEO Chuck Garrett said in a statement Tuesday. "While there are many legal proceedings left in this process, our commitment to Pope County and securing the casino license has never been greater."

The casino amendment approved by voters in 2018 also allowed a new casino to be built in Jefferson County, and for existing gambling operations at racetracks in Hot Springs and West Memphis to build full-fledged casinos.

Saracen Casino Resort, which received the Jefferson County license, plans to have its grand opening on Oct. 20, according to its website.