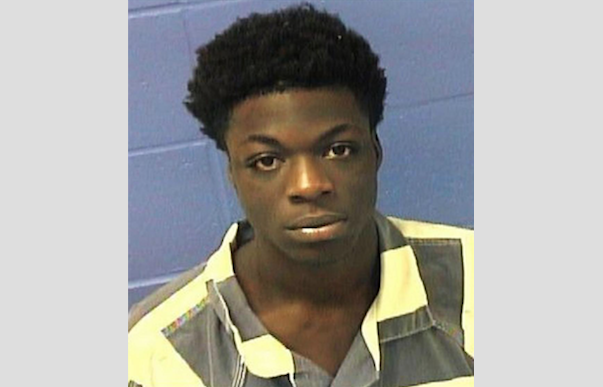 CONWAY -- A Pine Bluff man who was found guilty last week of kidnapping then murdering a 72-year-old Wooster woman in 2018 read an apology letter to the woman's husband in open court Tuesday, the second day of the sentencing phase of the trial.

After nearly a dozen defense witnesses took the stand, Faulkner County Circuit Judge Troy Braswell on late Tuesday recessed until 9 a.m. today the penalty phase of the trial against 20-year-old Tacori Mackrell, who was found guilty Thursday of capital murder, kidnapping, aggravated robbery and theft of property in the July 7, 2018, death of Elvia Fragstein.

Mackrell faces a sentence of either life in prison without possibility of parole or the death penalty.

Investigators believe Elvia Fragstein was shopping at the Conway Commons Shopping Center on July 7, 2018, when she was abducted by Mackrell, 18, at the time, and his cousin, Robert Smith II, who was 16 at the time. Smith is to be tried separately next month.

From the stand late Tuesday, Mackrell pulled a letter out of his suit jacket and told the jury that he had wanted to apologize to Helmut Fragstein, Elvia's husband, previously but was told not to by defense attorneys William "Bill" James Jr. and Jeff Rosenzweig. Likewise, Mackrell said the defense attorneys nixed his request to write an apology letter in the months leading up to the trial.

"I wrote it over the weekend and I wanted to read it to him," Mackrell said.

From the letter, Mackrell read about his "poor judgment" in the incident and said he hoped he would be allowed by the jury to learn from his mistake.

As soon as Mackrell started reading, Helmut Fragstein angrily slid to the very end of the pew so as to have a direct line of sight to Mackrell. Fragstein folded his arms across his chest and glared at Mackrell.

Mackrell said the most important person in this incident was Elvia Fragstein, reading out loud that he was "regretful and "truly sorry for what I had done." He said he wanted the family to forgive him "for what I have done."

Helmut Fragstein lurched forward, throwing his face in his hands and sobbed uncontrollably.

Mackrell's family members seated in the back of the courtroom also let out cries and sobs.

"Let me get this straight," she said. "Today you're telling that you're sorry?"

Crews asked Mackrell if he was still "sticking with his story" that he just hit Elvia Fragstein a few times and she died very quickly in the parking lot.

"Here's your chance," Crews said. "Why not tell the truth?"

"Yet you still don't know how blood got onto Robert's shoes?" Crews asked.

An autopsy revealed that Elva Fragstein had suffered eight broken ribs, a fractured cervical vertebra and a crushed throat.

Jennifer Beaty, a forensic administrator with the state Crime Laboratory, testified during the trial that blood found on the bottom and side of Smith's confiscated tennis shoes was a DNA match, without a scientific doubt, to Elvia Fragstein.

Through the trial and the sentencing testimony, Mackrell has maintained that he was the one who committed the crime with very little help from Smith.

Stephen Erickson, the deputy chief medical examiner at the Crime Laboratory, testified during the trial that Elvia Fragstein suffered a "multifactional, severe and prolonged assault."

The injuries were consistent with someone "stomping" the victim and the crushed vertebrae in her neck was likely caused by someone using an external instrument, such as a tire iron.

Mackrell had initially told investigators that Elvia Fragstein had last gasped for air near "the big rocks" off Interstate 530 in Little Rock on the way to Pine Bluff. Those rocks are near the Dixon Road exit.

Crews asked Mackrell if the reason he has changed his story about when Fragstein died was because "you were there and you know how much she suffered."

Mackrell insisted that Elvia Fragstein had died a quick death.

Mackrell insisted he was taking full responsibility for the crime. Crews again pushed him to tell the truth about how Elvia Fragstein's blood was found on the bottom and side of Smith's shoes.