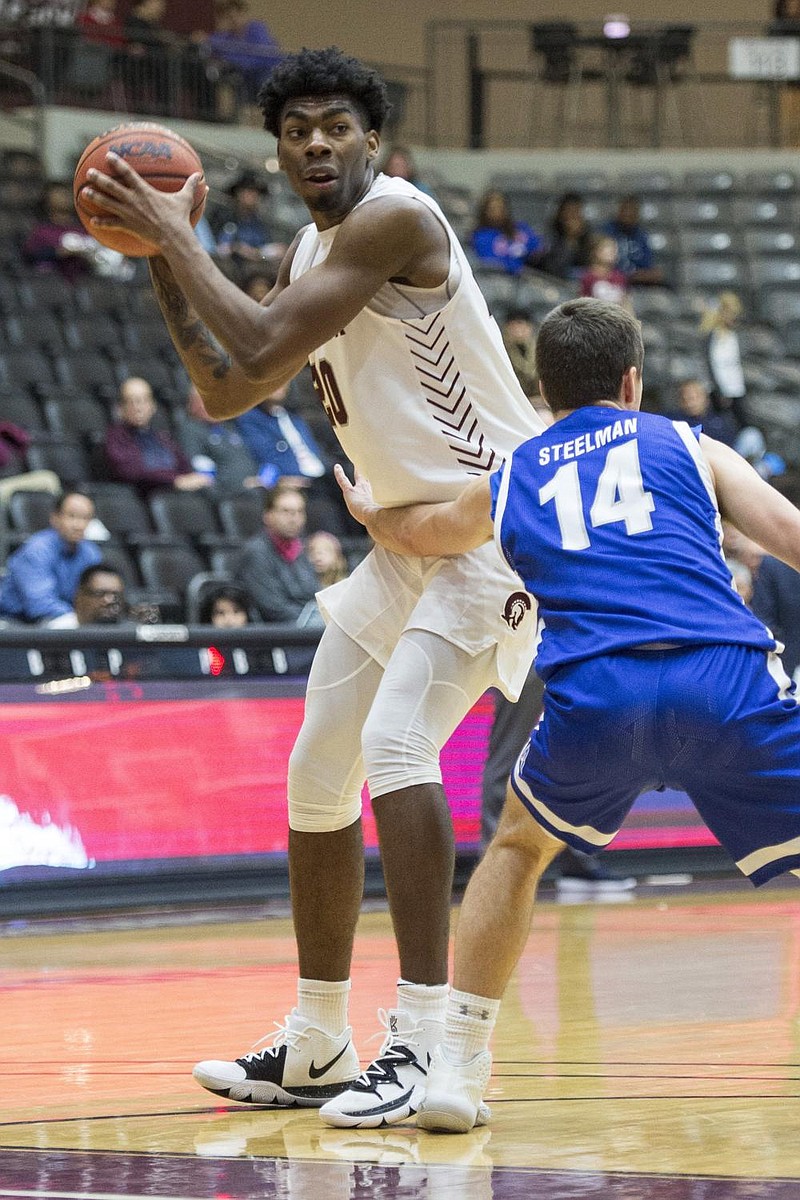 Johnson, 6-7, 215 pounds, chose the Razorbacks over other finalists St. John's and DePaul. He entered the transfer portal last Wednesday.

"When I was looking at all the schools that showed interest and doing my research, and I came down to Arkansas," Johnson said. "I felt like the program had a lot of great history and the culture that has been created is something that every basketball player wants to play in. The fans are absolutely crazy in the best way possible."

He's expected to enroll in January and sit out the upcoming season unless granted a waiver. Johnson is expected to be eligible to play the second semester of the 2021-22 season.

"Coach Musselman and his whole staff reached out and did a great job recruiting me and laying out a plan for me that I saw myself succeeding in and getting me ready for the next level," Johnson said. "Also, I felt like Coach Musselman's energy as a coach matches mine as a player, so it was just a perfect match."

Johnson was in Trojans Coach Darrell Walker's first recruiting class in 2018 and reportedly had other offers from Memphis, Central Florida and Florida Gulf Coast. He attended Holy Spirit Preparatory School in Atlanta as a senior.

The Brooklyn native played two years at Montverde Academy in Florida prior to attending Holy Spirit.

His 144 made free throws rank sixth in program history for a single season. He had five double-doubles last season, and had career-highs of 32 points and 16 rebounds in a victory at Arkansas State University.

Johnson had 13 points and 11 rebounds while shooting 3 of 7 from the floor and 7 of 9 from the line in a 79-64 exhibition loss to Arkansas last year. He also had three assists and one steal.

Musselman added graduate transfers Vance Jackson of New Mexico, Jalen Tate of Northern Kentucky and Justin Smith of Indiana in the spring to go along with ESPN's No. 5 recruiting class, which brought in Moses Moody, Jaylin Williams, Davonte Davis and Khalen Robinson.

With the addition of Johnson, the Hogs will have the allotted 13 players on scholarship.