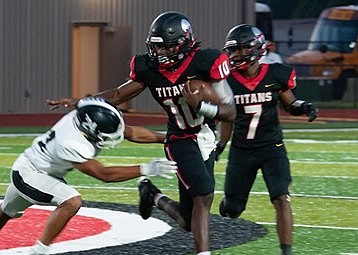 On Wednesdays, we feature an in-state prospect who could be flying under the radar of college coaches. This week's UTR prospect is Jacksonville’s Deorius “Buck” Cobbs.

“We can put him anywhere on the field and he’ll be successful basically at any position on either side of the ball. He loves contact. He’s very physical at the point of attack. He loves to hit. He can play linebacker, defensive end. Last week he had to play safety for us. He runs well. He’s a strong kid. He’s a basketball player, too, so he can jump well.”

“He’s just too good to have him off the field. He’s our guy that we depend on whether it’s running or passing. He gets guys lined up. He’s a coach on the field. Without Buck, it would be tough.”

“He’ll probably be a linebacker because he’s long and rangy. He runs well. He could hold another 20-30 pounds on his frame. He’ll be able to put on the weight and still be able to do what he does.”

“We’re going to start getting that out to coaches and I’m sure within a couple of days they’ll start beating down the door for him because his highlight is pretty impressive. It’s five minutes long just from this season.”