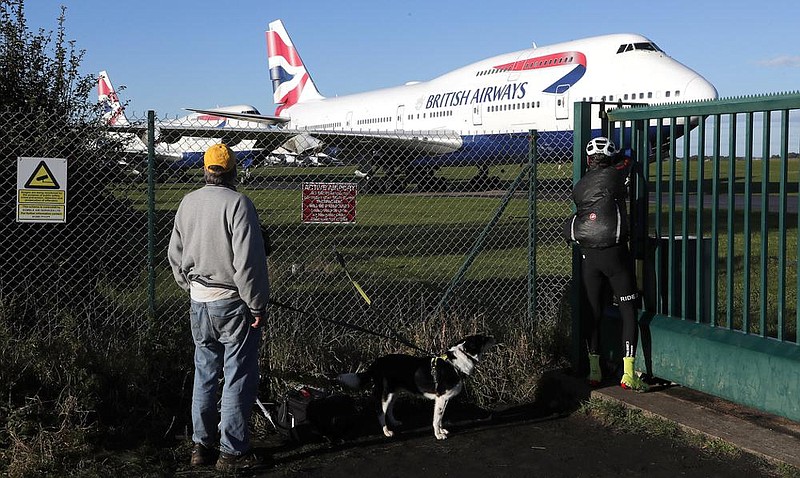 The World Trade Organization ruled Tuesday that the European Union can impose tariffs worth $4 billion a year on a list of U.S. goods, including Boeing jets sold in Europe.

The result parallels an earlier ruling against the EU allowing U.S. tariffs that for the past year have increased the price of many European products sold here, including Airbus jets.

The ruling raises the possibility that, just as Boeing scrambles to ramp up 737 Max jet deliveries early next year, the EU could impose a 15% tariff on Maxes delivered to Ryanair and other European airlines.

It's unlikely the European Commission will impose the authorized tariffs before the U.S. presidential election. After that, the ruling may spur trans-Atlantic negotiations to try to reach a settlement of the 16-year-long dispute over government subsidies to airplane manufacturers.

In March, in order to bring Boeing into compliance with WTO rules, Washington state eliminated its main tax incentive for the company. The U.S. believes that action removes the legal basis for Tuesday's ruling.

"We are disappointed that Airbus and the EU continue to seek to impose tariffs on U.S. companies and their workers based on a tax provision that has been fully and verifiably repealed," Boeing said in a statement.

"Airbus and the EU should be focusing their energies on good-faith efforts to resolve this long-running dispute," Boeing added.

In a statement, Airbus Chief Executive Officer Guillaume Faury said "Airbus did not start this WTO dispute, and we do not wish to continue the harm to the customers and suppliers of the aviation industry."

"We remain prepared and ready to support a negotiation process that leads to a fair settlement," he added.

The WTO authorized the action against the U.S. in response to illegal government subsidies for Boeing. The parallel ruling allowed the U.S. to impose $7.5 billion in tariffs on EU goods for illegal subsidies to Airbus.

In October 2019, 15 years into the case, the U.S. finally imposed tariffs of 25% on a series of non-aerospace goods including European wine, whiskey and gouda cheese and a 10% tariff on European-built Airbus jets. In March, the U.S. increased the tariff on imports of Airbus planes -- exempting those assembled in Mobile, Ala. -- to 15%.

The EU has already been considering which American products it could target. A preliminary list the bloc has released suggests it could go after a wide range of products including frozen fish and shellfish, dried fruit, tobacco, rum and vodka, handbags, motorcycle parts and tractors.

U.S. Trade Representative Robert Lighthizer told The Associated Press that the decision "doesn't really authorize any action on their part" because Washington state has already repealed the tax breaks that the WTO deemed illegal. "Our view is that we're in compliance," Lighthizer said. He also said that negotiations with the EU on a resolution to the dispute are ongoing.

The WTO arbitrators said that the lifting of the Washington tax breaks was not enough to prevent the award in favor of the EU.

Settlement of this long-running dispute over airplane manufacturing subsidies is mired in legal, bureaucratic and political complications.

Tuesday's approval of tariffs against the U.S. is based on a March 2019 WTO decision that Washington state's business and occupation tax breaks for Boeing were illegal -- the specific tax break the state Legislature eliminated in March.

However, for procedural reasons, the WTO panel that approved the tariffs couldn't take that into account because the separate appellate panel that decides if the U.S. is now in compliance hasn't been able to rule on this update to the situation.

Similarly, Airbus claims that because its A380 superjumbo jet is no longer being sold, the illegal government aid it received to launch that plane should no longer be an issue in its competition with Boeing. But the appellate body hasn't met to rule on that either.

The appellate panel can no longer function because the U.S., unhappy with WTO rulings against its imposition of trade tariffs in other cases, has refused to appoint new judges to the body.

President Donald Trump and Lighthizer have each been sharp critics of the WTO.

Information for this article was contributed by Dominic Gates of The Seattle Times and by Jamey Keaten, Lorne Cook and Paul Wiseman of The Associated Press.