THE RECRUITING GUY: Corner, his father interested in UA 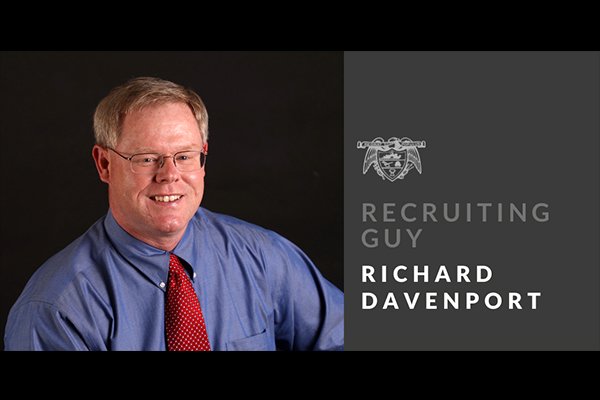 Junior cornerback Toriano Pride Jr. and his father have known University of Arkansas cornerbacks coach Sam Carter for about five years and the relationship is still going strong.

Carter worked with the younger Pride at a Missouri satellite camp in St. Louis while on staff with the Tigers before joining the Razorbacks staff. Now one of the top defensive back prospects in the nation, Pride and his father are communicating with Carter on a regular basis.

"He asks me how I'm doing and how football is going and ask how my family is doing," said Pride Jr. of Carter. "We talk once, twice a day."

Pride, 5-11, 179 pounds, of St. Louis Lutheran North, had about 12 scholarship offers prior to the covid-19 pandemic and now has 27 offers from schools like Arkansas, Alabama, Clemson, Florida State, Missouri, Ohio State, Oregon and others.

He and his father visited Arkansas and Missouri before the NCAA announced a dead period March 13 that forbids on- or off-campus contact with college coaches.

The Feb. 1 trip to Fayetteville was a hit with father and son after spending time with defensive coordinator Barry Odom and Carter.

"The coaches treated me like family," Pride said. "I got to watch a little bit of film with them. They showed us around campus. We got to see the locker rooms. We got to go on the game field and see how the stadium is on game day. It felt nice. Felt like home."

He had 10 carries for 119 yards along with 3 tackles and a pass breakup in the 34-7 victory over Trinity Catholic. National recruiting analyst Tom Lemming of CBS Sports Network rates Pride a 4-star prospect.

"Quick twitch athlete, loose hips and explosive," Lemming said. "One of the better athletes in St. Louis. Plays for one of the top programs in the state."

Arkansas' early season play has caught the eye of the Prides.

"I can really tell the new coaching staff is really turning the program around," Pride Jr. "They're doing a lot better than the last years."

The elder Pride, who played running back at Jackson State, has been talking to Carter about a second visit to Fayetteville.

"Carter and I pretty much talk once or twice every two weeks," Pride Sr. said. "He keeps an open line of communication with little T. We're always communicating with him. He can't wait for it to open up so we can take a look."

"I can relate to him. I remember when I was finished playing football, I was hungry to play," Pride said. "He still works out everyday and still gets in the drills with the kids I liked that and I liked one thing he said 'I wouldn't ask the kids to do anything I can't do'."

While playing 7-on-7 football, Pride Jr. and his father also visited Miami, Louisville and others in a group setting. Seeing his son go through the recruiting process is a a dream come true.

Recruiting heated up for Pride on Sept. 1, the first day college coaches could make direct contact with junior prospects.

"Yeah, it' been crazy because before September 1st, I didn't have any coaches hitting me up," he said. "I'm getting a lot of text messages a lot of coaches wanting to hop on the phone or wanting to set up a zoom meeting with my parents and even texting my parents."

Missouri, Ohio State, Clemson, Auburn, Oregon and Georgia are also in contact at least once a week. Life after Sept. 1 has been much different with communication with as many as seven coaches on a daily basis.

"Sometimes you'll see the text and you'll want to text back, but you end up forgetting to text them back," Pride Jr. said.

"It is overwhelming sometimes."