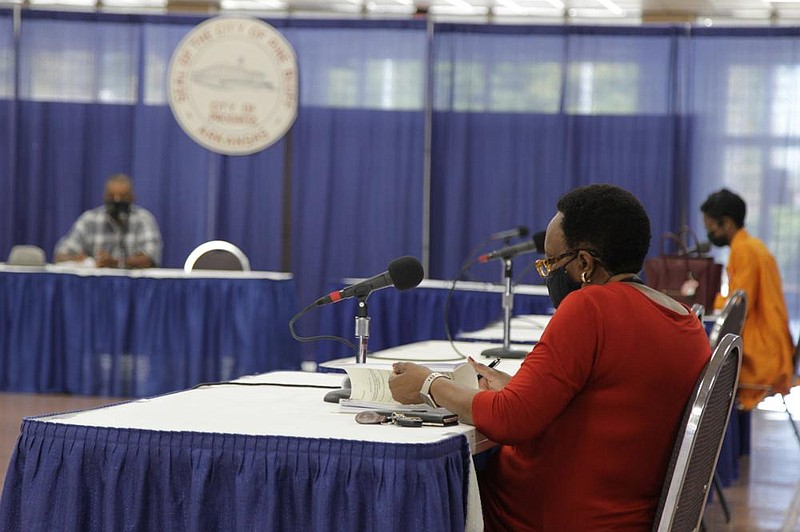 A five-year contract extension with Waste Management of Arkansas will be acted on at Monday's City Council meeting, despite concerns from at least two aldermen that council members have not had sufficient time to review the contract. The current contract ends Oct. 31 and two members of the City Council have said the time they've been given for review of the contract is not sufficient.

On Thursday, Alderman Win Trafford said he would spend the weekend trying to glean as much from the contract as he could before having to vote on the measure Monday night.

"That's how it always is," he said. "We get these things right at the expiration and we have to make a decision."

Joni Alexander, a member of the Public Health and Safety Committee, which looked over the contract Tuesday and referred it to the full council for consideration, was more critical about the timing of the proposal, and she said complaints about the performance of Waste Management of Arkansas led the overall complaints she received when she was working for former Mayor Debe Hollingsworth.

"As a customer I haven't any issues, but you know, I haven't had any large item pickups and I haven't had to call them," Alexander said, "but when I worked in the mayor's office, complaints about Waste Management were No. 1, and that was above potholes. It was a headache every day."

However, Alexander did say that in her neighborhood, trash day is a day when an overwhelming odor tends to permeate the area.

"What they do in my neighborhood, I don't know what they do but it stinks," she said. "For two hours after they run it, it makes you want to [throw up]."

Those complaints, said Mayor's Assistant Louise Sullivan, who was part of a working group who helped negotiate the new five-year contract, said many of the customer complaints centered around a lack of response from the company, which she said have been addressed in the new contract.

"There was an understanding at the table that there would be improvements made," Sullivan said Thursday. "There has to be an office in Pine Bluff that is answered by someone and if those people are unable to responsively answer, right now those calls are sent to Little Rock, but the plan is that after a certain amount of wait time, hopefully no more than two or three minutes, it will be routed to their Franklin, Tenn., office."

Alderman Ivan Whitfield, chairman of the Public Health and Welfare Committee, said he had been privy to all of the negotiations and he said the contract does include protections for citizens who are customers of Waste Management of Arkansas. He said he believed the committee members had sufficient time to review the contract before the meeting Tuesday.

"I think they got it by email two or three days before the meeting," he said. "So I don't think that's valid. If they got it on Wednesday of this week, they would have plenty of time to ask questions. If it had been sent out earlier, it would have been more difficult if it had been sent out in pieces to let them pick through it than to review the contract once it's done."

Whitfield said if something needs to be added, subtracted, or revisited, that can be done between the time the council packet is sent out the week prior to the City Council meeting.

"This is a pretty good time frame because now all the kinks have been worked out," he said. "They can go through it and if anything has been omitted or needs to be added, it can easily stand out now because the contract is complete."

Because of the timing, if the City Council was to not ratify the contract, the city could lose trash service, said the city attorney's office.

"I guess service would cease Nov. 1 unless the council put together an interim agreement before then," said Joe Childers, the assistant city attorney.