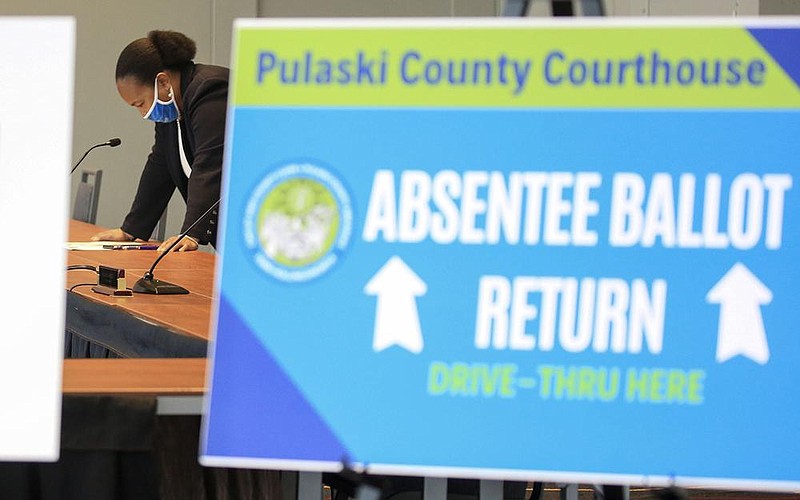 A portion of a downtown Little Rock road will be blocked off for two weeks to ensure safe delivery of the record-number of absentee ballots that are expected to be dropped off by voters.

Jon Honeywell, the city's public works director, announced during a news conference Thursday that West Second Street from Broadway to South Spring Street will be shut down for about six hours each day beginning Monday.

Honeywell said the city decided to close the section of road "in anticipation of a large number of voters" who will be dropping off their absentee ballots in the area.

The surge in absentee ballots is a result of voters' hoping to avoid long lines and crowded polling places during the coronavirus pandemic. That's the case nationwide. In California, more than 1.5 million voters had already returned their ballots as of Wednesday, according to news reports.

"Although we have no idea how many absentee voters will actually return their ballots, it is our job to efficiently handle those ballots when they do return them," she said.

Absentee voters have three options -- mail their ballots to the clerk's office, deliver them in person to the south side of the Pulaski County Courthouse along West Second or have them returned by a designated bearer.

Two tents are set up along the south side of the courthouse, between Broadway and South Spring Street. There, deputy clerks check photo identifications and have voters sign a log before taking their sealed envelopes.

Beginning Monday, the county will have a drive-thru zone for the drop-off of ballots without people having to exit their vehicles, Hollingsworth said.

[Video not showing up above? Click here to view » https://www.youtube.com/watch?v=ooRk2QA5kK8]

Pulaski County Election Commissioner Kristi Stahr thinks the idea, although flawed according to her, is a good idea with the correct process.

"They're diverting traffic to Markham, and if you've ever seen how people can be lined around the block all the way to Second [Street] when it gets crazy, I'm just afraid a lot of people might leave," Stahr said. "Parking is horrendous by our building."

The closed portion of road on West Second Street is just across the street from the Pulaski County Regional Building, an early voting site, which sits between West Markham Street and W. Second Street on Broadway. The strip that is closed would be utilized for parking by residents voting at that location, according to Stahr.

"The problem with [the drive-thru] is only this: It starts on early voting day," Stahr said. "And we are an early voting site, so it's shutting down a road that typically people park [on] to go vote, and this is on literally the same hours as early voting."

Stahr worries the absentee ballot drive-thru may result in people being discouraged from voting.

"Nothing is addressed about parking to let people know they can park," Stahr said. "There's going to be a lot of confusion next week and a lot of frustrated voters. I don't want them to be turned away and think they can't vote."

Pulaski County will have 12 polling sites during early voting, which will begin Monday and last through Nov. 2. On Election Day, there will be 117 polling locations across the county.

On Thursday, Hollingsworth's office reported that there were 259,550 registered voters in Pulaski County. That's an increase of about 15,000 compared with four years earlier, Hollingsworth said.

Smaller clerk's offices around the state also have had to deal with surges in absentee ballots.

Craighead County Clerk Lesli Penny said her office's biggest challenge during the early-voting season will be to deal with the increase in mail-in ballots. As of Thursday, her office has processed close to 2,600 ballots, which is more than double the number from 2016, she said.

Craighead County voters will have a choice of three places to drop off their ballots. There is the election office annex on West Jefferson Avenue, the county courthouse building on South Main Street and the drive-thru building on Washington Avenue.

"We've managed," Penny said. "We're working extra hours. We're doing what we have to do to meet demand."

Miller County Clerk Stephanie Harven said her office in Texarkana has seen a staggering increase in the number of absentee-ballot requests. As of Thursday, her office has processed more than 640. For a normal election, her office usually handles about 35 applications, she said.

"It has been extremely busy," she said. "Our staff works from 6:30 in the morning until about 7 o'clock at night. We try to finish one day's work flow so we can come in the next day and start fresh. ... We're just trying to make everything safe for everybody."

The deadline to request a mail-in ballot is Oct. 27. 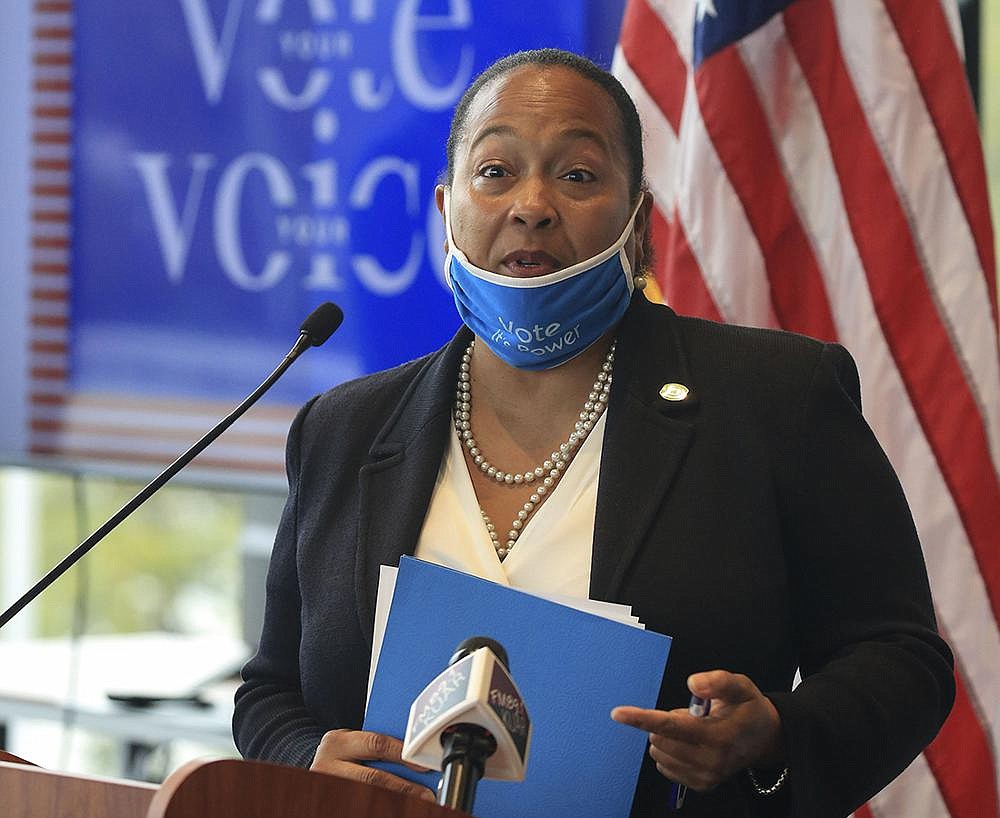