OPINION | REVIEW: ‘Love and Monsters’ is summed up in its title 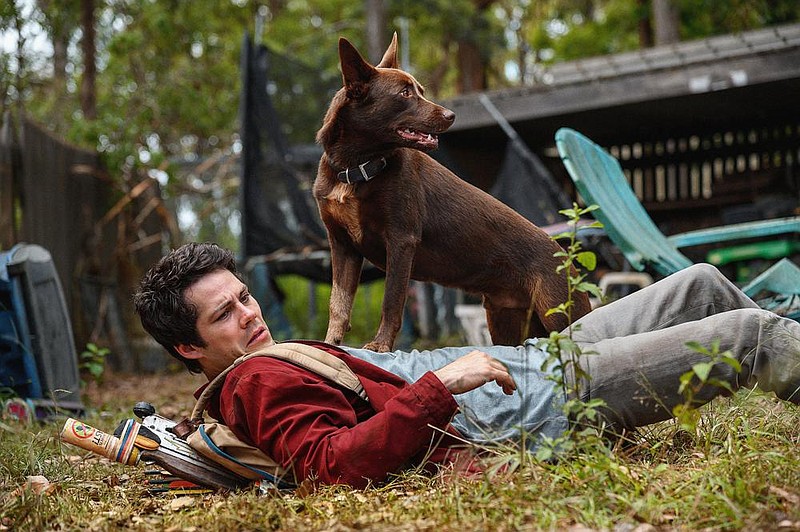 Apocalypse survivor Joel (Dylan O’Brien) is shown with his new friend Boy (Hero, an Australian Kelpie) in “Love and Monsters.”

Michael Matthews' "Love and Monsters" is a post-apocalyptic quest comedy set seven years after a giant meteor nearly crashes into the earth. "Nearly" because, just as in "Armageddon" or "Deep Impact," the plucky humans are able to put aside their differences and blow the threat out of the sky. (Yea, indomitable human spirit!)

Except here, the heartstring-plucking triumphalism that usually accompanies this sort of international cooperation is undercut by some intended consequences: All the rockets the earth fired at the meteor have chemicals onboard -- propellants, accelerants, oxidizing agents, probably some hydrazine -- as well as various payloads that go boom, some of which no doubt contain radioactive material.

And after they explode the giant meteor, all this debris floats back down to earth, dusting the planet with science gunk, causing fauna to mutate and produce monstrously large frogs, ants, snails, beetles, etc., that immediately become apex predators and commence decimating the human population. Snarf, snarf.

So the humans make a run for it, and the ones that do not get snacked upon eventually head underground, where they build some funky fallout shelter-style bunkers and set about the important work of trying to repopulate the world.

Some of them still have to go to the surface occasionally, to rummage through devastated grocery stores for old canned goods (past their expiration date, but in the post-apocalypse, one is not so picky). And in the process, some of them become protein sources for the recently rapidly evolved.

Sad, but maybe not so sad as our hero's circumstances. Joel Dawson (Dylan O'Brien) is a 17-year-old who is just about to level up with his high school girlfriend Aimee (Jessica Henwick) when all the really bad stuff starts. They are torn apart just as the world was about to end.

Now, seven years later, Joel is the mascot of a small colony, the affable beta-male who cooks the minestrone and fiddles with the radio while the tougher guys and gals attend to the adulting -- which includes the occasional fighting off of overgrown insects. Joel has a tendency to freeze up in stressful situations, but he has shown he can learn -- his drawings have gotten much better than they were back when he was making out with Aimee in the back of her Jeep Wrangler before things fell apart. He's become a naturalist, sketching the creatures and noting the various ways in which they might be taken out. ("Shotgun to the face, good to know.")

But Joel has also, via his adventures with HAM radio, recently located Aimee -- she's in a colony on the coast of what used to be California, about 85 miles away from his colony, where he's increasingly feeling like a third wheel. So he decides to set out on a dangerous journey to rejoin her. Good luck.

What ensues is predictable, and it's difficult to receive "Love and Monsters" as something more than a live-action version of the Netflix animated series "Kipo and the Age of Wonderbeasts" (without the nutty music or the kinetic fever-dream quality of that series). Not that there's any grounds for litigation here (remember "Armageddon" and "Deep Impact" did come out within months of each other in 1998); the idea isn't that novel.

The movie relies on a sufficiently deadpan performance by vocal-frying O'Brien, along with the lift that Michael Rooker's appearance at the start of the second act brings.

Rooker, playing against type as a crusty but kindly surface survivalist with 8-year-old feral child sidekick Minnow (Ariana Greenblatt) in tow, is delightful to watch (and listen to), even if you get the feeling that the producers would have dearly loved to cast Woody Harrelson in the role.

Though Brian Duffield, whose subversive "Spontaneous" will be playing down the hall from this movie in a lot of cineplexes, is listed as a co-writer of the script, the PG-13 rated "Love and Monsters" feels derivative and safe, with its cartoon gore and offhand fatalism.

It leans closer to "Zombieland" than dystopian young adult features like the "Hunger Games" or the "Maze Runner" films where O'Brien got his start, but it's not sharp, funny or sexy enough to command the attention of a post-juvenile audience.

Still, it has its moments, a heroic dog, and an homage to Ridley Scott's "Alien."

Rating: PG-13 for action/violence, language and some suggestive material

Playing theatrically and on streaming services. 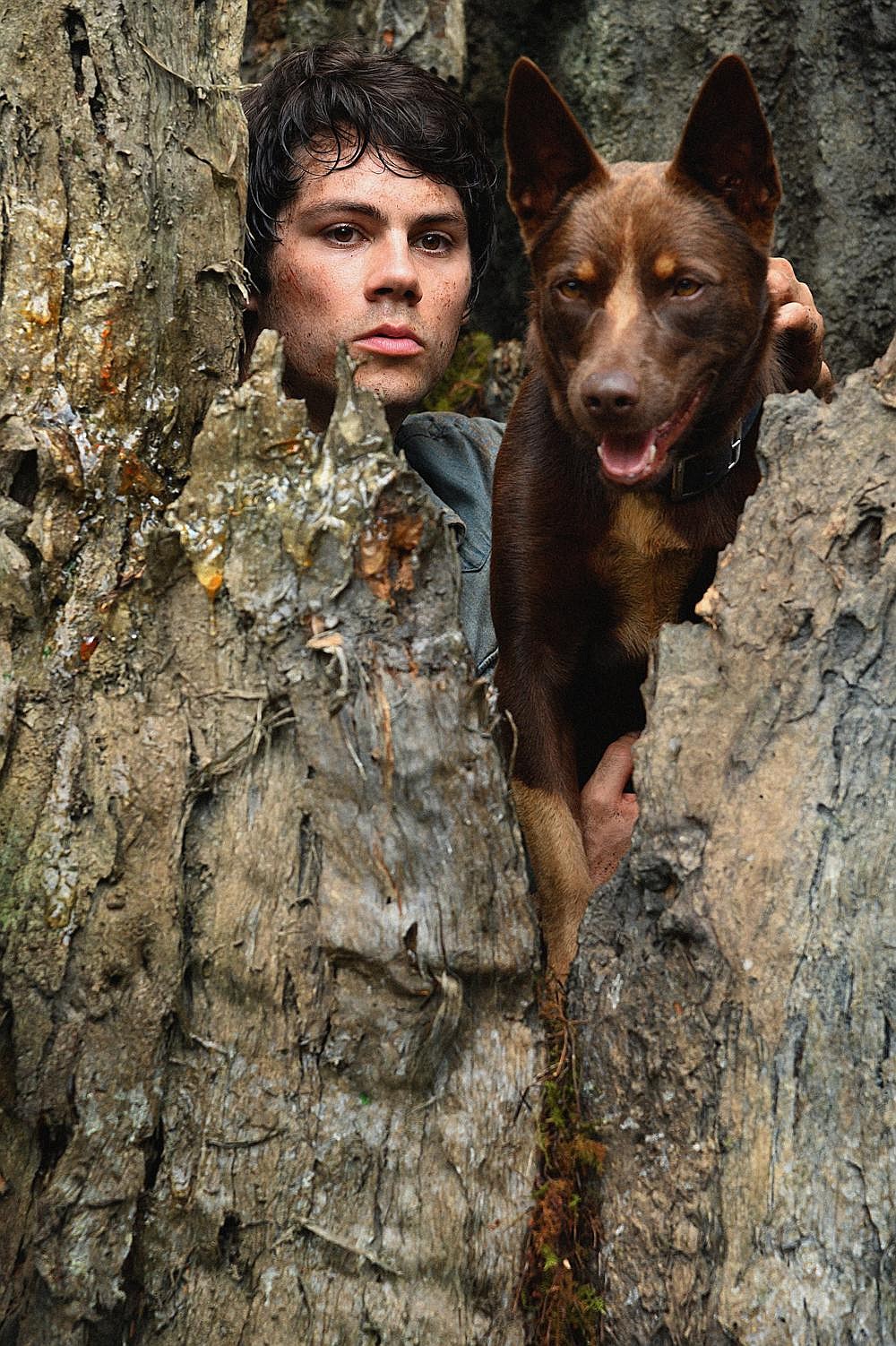 Apocalypse survivor Joel (Dylan O’Brien) leaves the safety of his underground colony and sets off with his new friend Boy (Hero, an Australian Kelpie) to find his old high school girlfriend in “Love and Monsters.”
ADVERTISEMENT