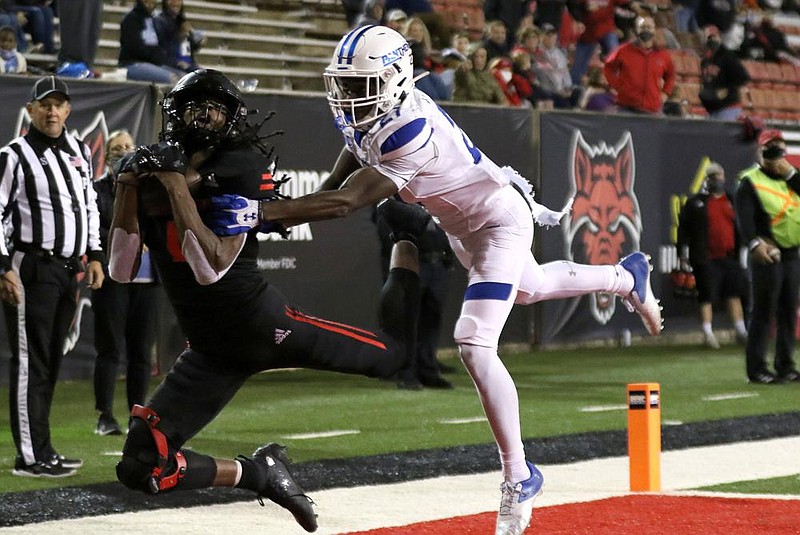 JONESBORO — On fourth and 6 with 2:10 left in the fourth quarter and leading 59-52, Arkansas State’s defense needed one last stop — something that had been hard to come by all night.

The Red Wolves got it, as sophomore cornerback Samy Johnson and senior safety Elery Alexander broke up a pass down the right sideline to secure ASU’s first Sun Belt win of the season, a 59-52 victory over Georgia State on Thursday at Centennial Bank Stadium.

“If you like offense, that was probably a really fun one to watch,” ASU Coach Blake Anderson said. “But as a head coach, it was agonizing. It’s unbelievable. Found a way to win it. Did not play well on defense at any point, but we had to get a stop and we got one.”

Trailing 14-7 to start the second quarter and with ASU driving, Georgia State flipped the momentum in its favor when it strip-sacked Bonner and Blake Carroll returning the fumble 74 yards for a touchdown. In the final six minutes of the half, the Red Wolves and Panthers traded scores on four consecutive possessions to tie the game 28-28 at halftime.

Bonner connected with Adams for a 42-yard score and Hatcher found Green for a 20-yard touchdown, but it was the Panthers who took all the momentum into the locker room after a five-play, 75-yard drive that took 34 seconds and left 14 seconds before intermission.

The two teams traded scores again to start the third quarter, with Georgia State taking advantage of an ASU failed fourth-down conversion and scoring two plays later, while ASU responded with Bonner’s third touchdown pass. After a Georgia State punt, Hatcher threw his third touchdown, this one to freshman running back Lincoln Pare. Georgia State tied the game at 42-42 before a 39-yard field goal by junior kicker Blake Grupe gave Arkansas State a 45-42 lead heading into the final quarter.

Georgia State scored on the first play of the fourth quarter to take a 49-45 lead, but Hatcher would answer with a 32-yard touchdown pass to Adams for a 52-49 advantage with 12:40 to go. Georgia State tied the game on a field goal with 6:55 remaining before ASU completed a reverse pass from junior receiver Roshauud Paul to Pare for a 22-yard touchdown for the winning points with 4:23 left.

“The biggest thing was just staying calm,” Pare said of the play. “Just look the ball in and score the touchdown, I guess. Biggest thing is just focusing on the ball. My eyes got really big.”

Georgia State turned the ball over on downs with 2:04 remaining, and the Red Wolves ran out the clock.

“You look at this league and you see how it goes every year and two losses makes it really, really impossible. Not impossible, but you’ve got to have help,” Anderson said. “We’ll gain a lot of energy from that game even though we didn’t play our best defensively. We could not afford to go down 0-2.” 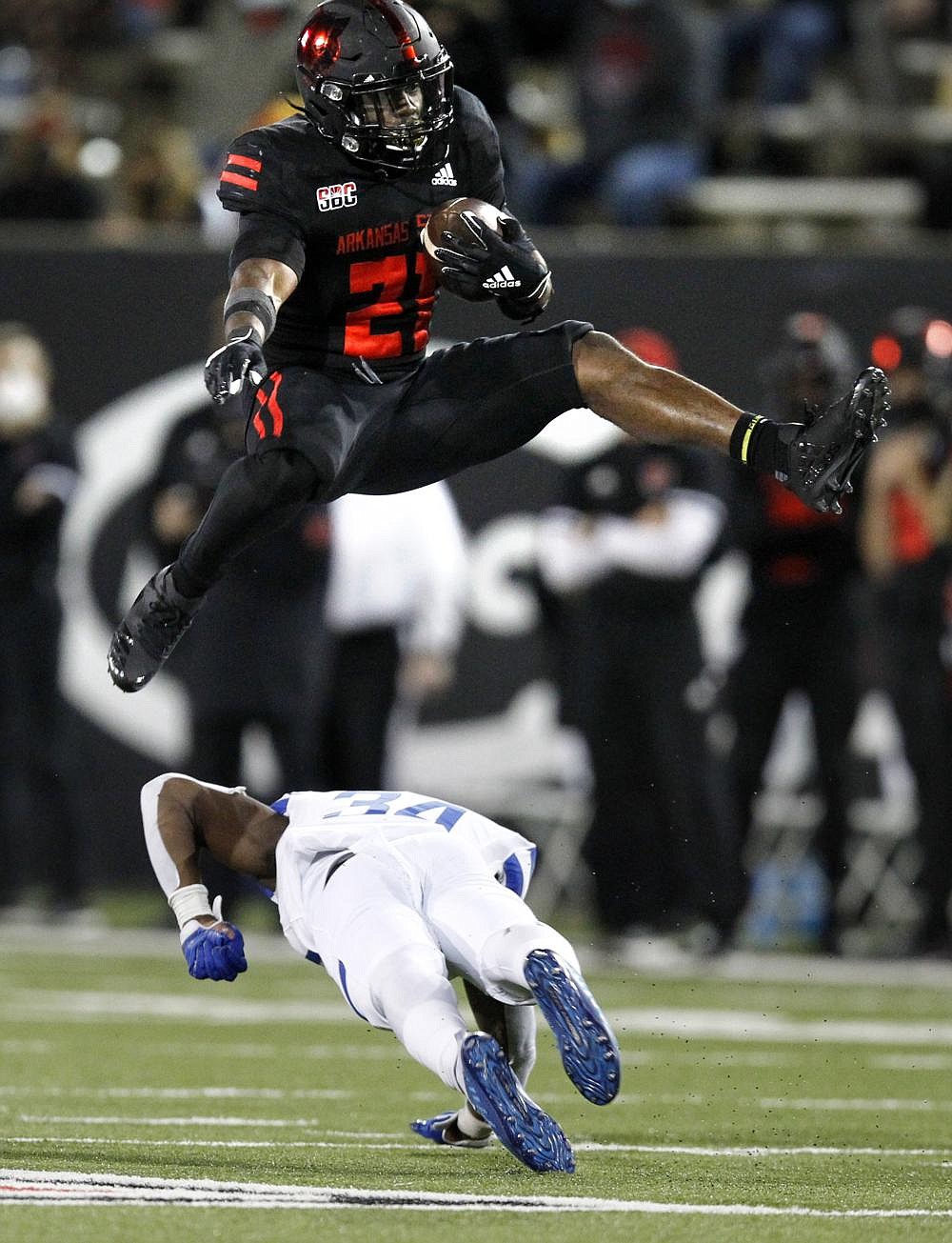 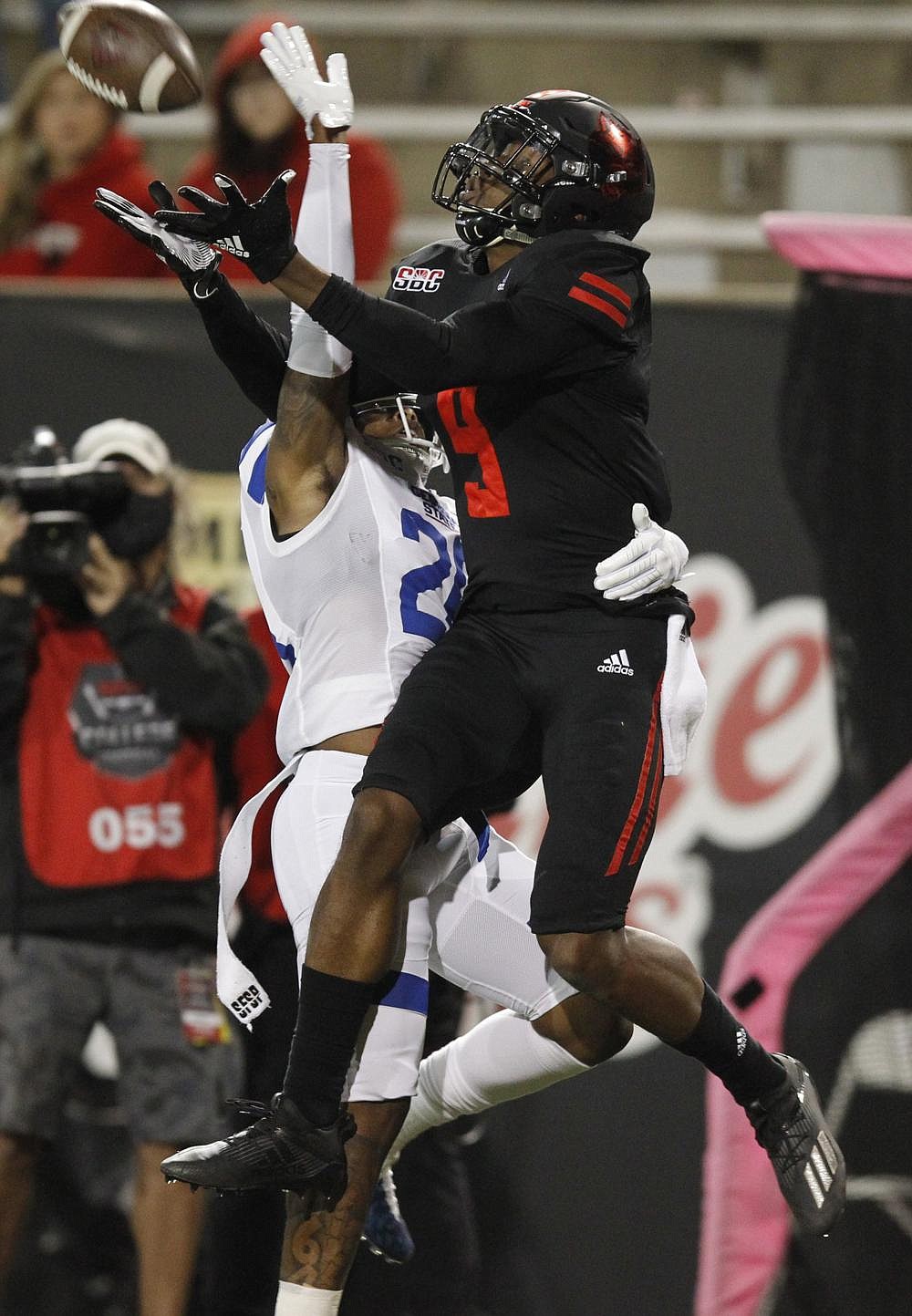