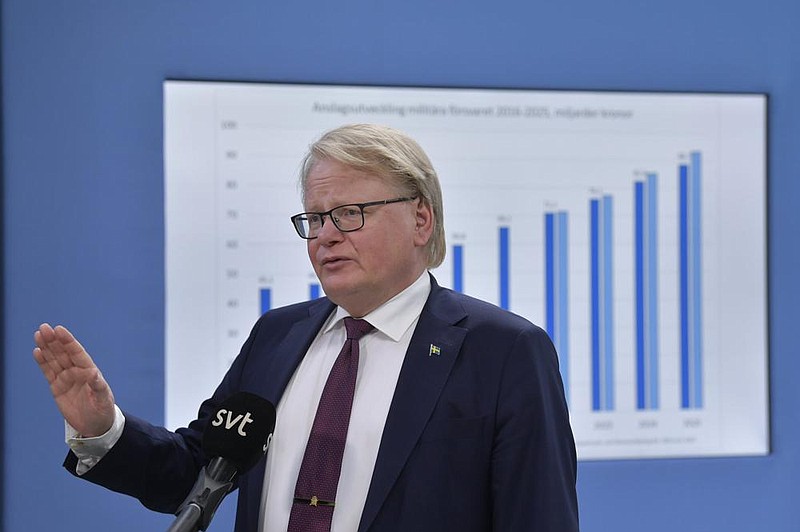 STOCKHOLM — Sweden’s left-leaning government on Thursday proposed a 40% increase for its defense budget from 2021-2025 with the defense minister saying the move was needed because the region’s security policy situation “has deteriorated over time” as “a consequence of Russia’s actions.”

“It is the largest increase in defense capability in 70 years,” Defense Minister Peter Hulqvist said at a news conference. “An armed attack on Sweden can’t be ruled out.”

The government’s proposal said that if an attack happens, it can start with assaults on important civilian and military targets, sabotage and “liquidation of key people.” The whole territory “will be affected by intensive combat activities with major consequences locally and regionally,” it said.

Sweden’s Social Democrat-Green Party minority government said it has the backing of the two smaller opposition groups — the Center Party and the Liberals. The defense bill included increased expenditures of $3.1 billion.

The defense expenditures of Sweden, which isn’t a NATO member, is currently 1.1 % of gross domestic product.

It wasn’t clear when a vote on the plan could be held in the parliament.

TEL AVIV, Israel — Israel on Thursday pressed forward on plans for more than 3,000 West Bank settlement homes, making 2020 one of the most prolific years for settlement building, according to a settlement watchdog group.

Thursday’s approvals, along with more than 2,000 new homes approved a day earlier, are part of a building boom that has gained steam during President Donald Trump’s administration.

The latest approvals raised the number of settlement homes to be advanced this year to more than 12,150, according to Peace Now, the settlement watchdog group. It is by far the highest number of approvals since Trump took office in early 2017 and the highest since Peace Now began recording the figures in 2012.

The Palestinians claim all of the West Bank, captured by Israel in the 1967 Mideast war, as part of a future independent state. They say the growing settler population, approaching 500,000 in the West Bank, has made it increasingly difficult to achieve their independence.

In contrast to its predecessors, the Trump administration has not criticized or condemned new settlement announcements, and last year, Secretary of State Mike Pompeo said the U.S. does not consider settlements to be illegal under international law.

BEIJING — China says it tracked a U.S. Navy warship as it passed through the Taiwan Strait and has its forces in the area on high alert, as tensions between the world’s two largest economies and rivals for regional influence continue to simmer.

Zhang said the U.S. has recently been sending “the wrong signal” to proponents of independence for Taiwan, a pro-U.S. self-governing democracy that China claims as its own territory, to be annexed by force if necessary.

Although the Taiwan Strait is a public waterway, China is extremely sensitive to all U.S. military moves in its periphery during heightened tensions over Taiwan, the South China Sea, trade disputes and other issues.

In a brief statement, the U.S. Pacific Fleet said the Barry had “conducted a routine Taiwan Strait transit … in accordance with international law.”

“The ship’s transit through the Taiwan Strait demonstrates the U.S. commitment to a free and open Indo-Pacific,” the statement said. “The U.S. Navy will continue to fly, sail and operate anywhere international law allows.”

LISBON, Portugal — European and American officials said Thursday that they have arrested 20 people in several countries suspected of belonging to an international ring that laundered millions of dollars stolen by cybercriminals through malware schemes.

The international police operation led by Portuguese investigators and the FBI included 14 more European countries, under the umbrella of Europol. Europol said that more than 40 homes were searched by agents in Spain, Italy, Bulgaria and Latvia in the operation.

The ring reportedly laundered cybercriminals’ stolen funds, transferring them among hundreds of bank accounts across the world, officials said. The ring included citizens of Russia, Latvia, Georgia, Bulgaria, Romania, and Belgium, according to the U.S. Justice Department. The ring laundered money stolen from victims in the U.S. and European countries. The suspects face criminal investigations in the U.S., Portugal, Spain and the U.K. 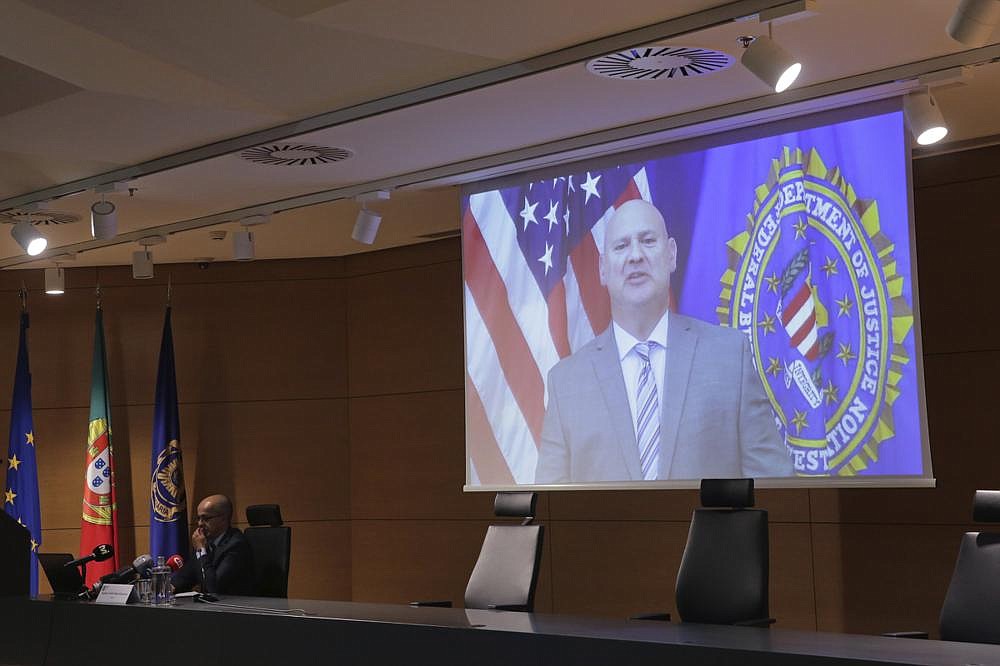