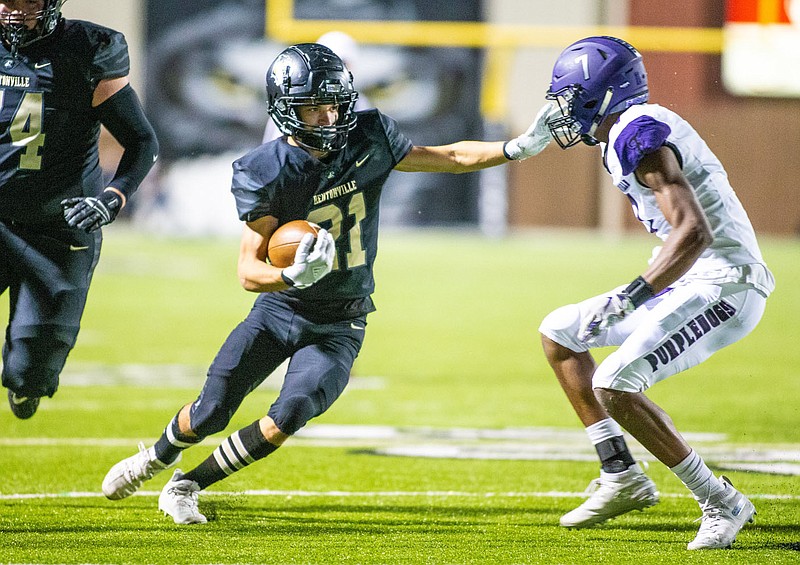 BENTONVILLE -- Bentonville unleashed "The Barge" against Fayetteville on Friday night.

Bentonville scored on all seven of its possessions in the first half and crushed Fayetteville 59-14 in 7A-West Conference action at Tiger Stadium. It was the fourth consecutive blowout victory for undefeated Bentonville (7-0, 4-0), which has outscored its league opponents 182-27.

Bentonville led 28-0 in the first quarter and 49-7 at halftime over Fayetteville (1-5, 1-1). Linebackers Cole Joyce and Keegan Stinespring each got in on the scoring fun when they moved into the backfield on short-yardage situations for the Tigers, who are ranked No. 2 behind Bryant in Class 7A. Joyce scored on a 4-yard run before Strinespring barged in from two yards out.

"That's our 'Barge formation,'" Bentonville coach Jody Grant said. "They've been begging for the football and they're both good with it in their hands. It was fun to get to see them do that tonight."

About everyone who touched the ball had fun for Bentonville against Fayetteville, which trailed 28-0 before the Bulldogs were able to cross midfield. Bentonville dominated from the outset while extending its conference win streak to 29 consecutive games Friday.

The second half was played with a running clock because of the mercy rule for high school football in Arkansas.

"Our offense came out and just rolled," Grant said. "We threw a flea-flicker for a touchdown and the next time we got the ball, we put it in again. We started fast and played fast. When you get a lead like that, it's just about playing good football from then on and keeping it."

The Tigers scored on the first play from scrimmage on a 48-yard touchdown pass from Edwards to Cooper Smith. Joyce then scored easily on a 4-yard run before Foster threw to Smith for a 33-yard touchdown pass to increase the Bentonville lead to 21-0.

Stinespring, Joyce's partner at linebacker, made the score 28-0 on a 2-yard run before Fayetteville finally crossed midfield late in the first quarter. Tyler Reed scored on a 7-yard touchdown pass from Bladen Fike for Fayetteville, which rallied to beat Fort Smith Southside 46-42 last week.

Bentonville was finally stopped to begin the third quarter with reserves in the game, but the Tigers still added more points on a 39-yard field goal by Logan Turner.

• Sophomore Luke Buchanan played mostly at quarterback for Fayetteville after starter Bladen Fike went out after a hard hit in the first half. Drew Wright came in and played extensively at quarterback in the second half for Bentonville.

• Fayetteville trailed 28-0 before the Bulldogs were able to move past midfield in the first quarter against Bentonville.

• Logan Turner booted a 39-yard field goal to start the second half scoring for Bentonville.

• Fayetteville is scheduled to host Springdale while Bentonville awaits Rogers in 7A-West scheduled games on Friday. 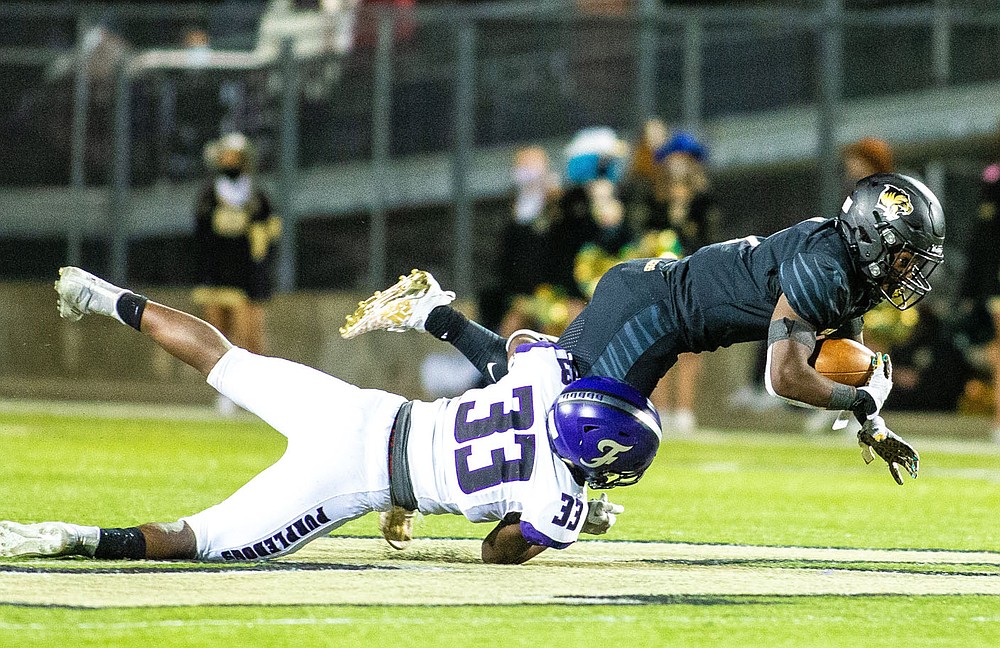 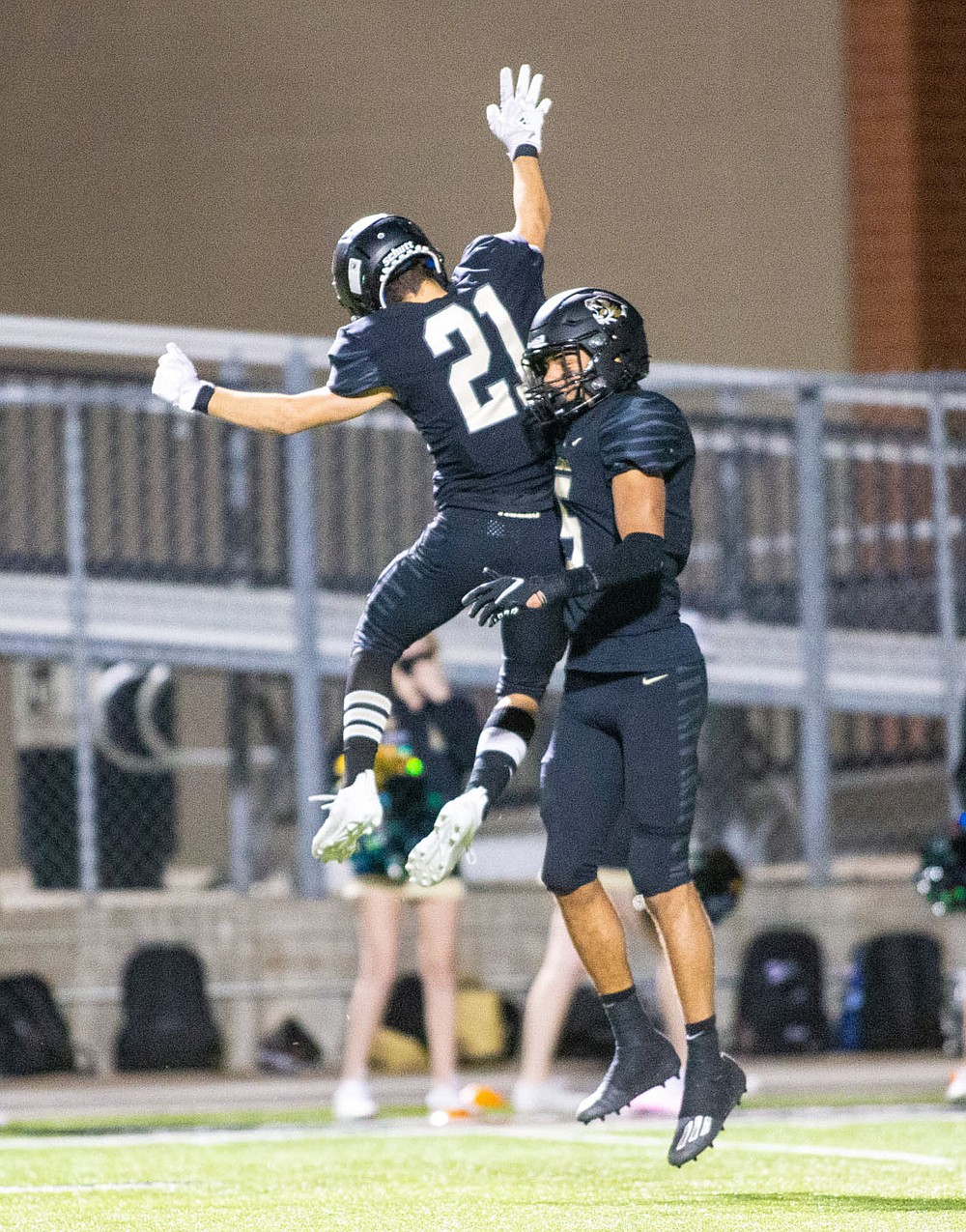 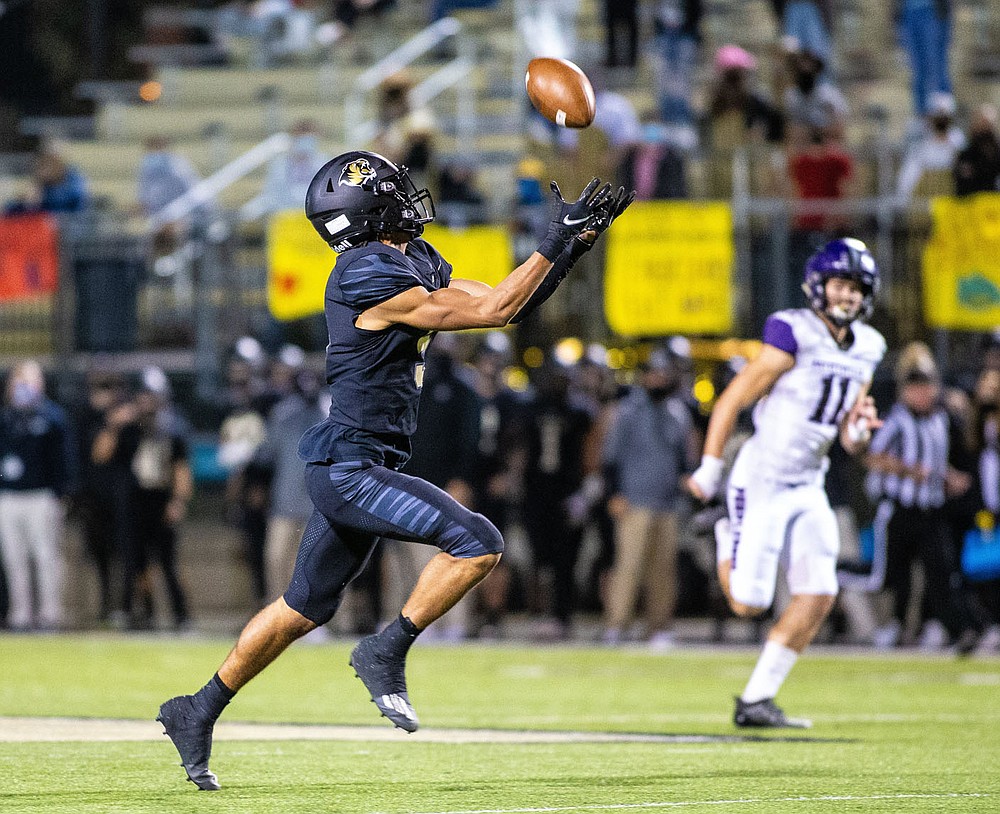