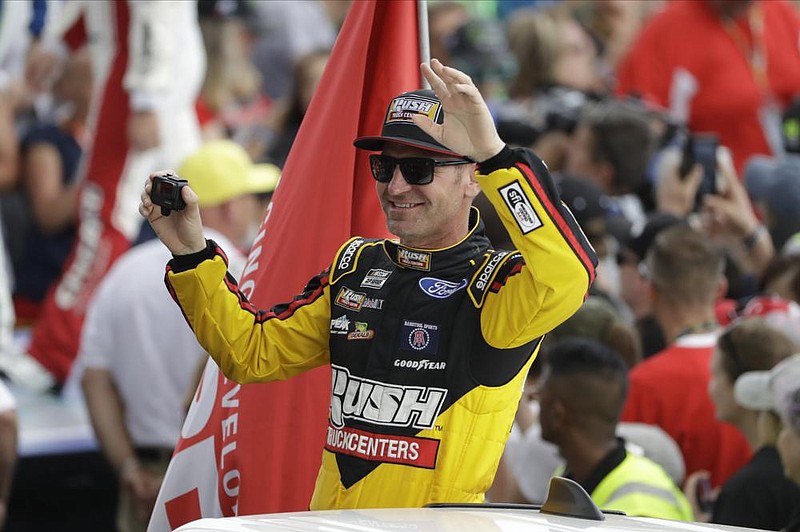 After 15 full seasons driving at NASCAR’s top level, Clint Bowyer is preparing to go from part time to full time in the broadcast booth with Fox Sports. He calls it “an opportunity of a lifetime, an opportunity to stay a part of this sport for many years to come.” (AP/Chris O’Meara)

CHARLOTTE, N.C. -- If Clint Bowyer could have scripted his sendoff, it most certainly would have been a proper blowout for NASCAR's best partier.

Bowyer would have had fans and friends and celebrated every week all along the NASCAR circuit if he'd had his way. He certainly would not have chosen this year as his last, this season of no spectators in the stands, no raucous revelers roaming the infield.

Bowyer is one of many caught in the circumstances of the pandemic and pushed to make career-deciding decisions. Hang around for another season driving race cars, or make a jump to the television booth.

He didn't want 2020 to be his last season, but the offer to join Fox Sports made for an easy split for Bowyer and Stewart-Haas Racing.

Bowyer could have pushed for a return to the No. 14 Ford next season if enough sponsors agreed to back another year. But SHR really needed Bowyer to free his seat so the team could give Chase Briscoe a much-earned promotion from the Xfinity Series.

The offer from Fox Sports, where Bowyer had been moonlighting as a guest analyst, ended any other scenarios. Taking the TV deal bought Bowyer a second career.

"Were we working on what's next as far as being in a race car? Absolutely," Bowyer said. "Once that [Fox] opportunity came to the table, it was pretty clear that that's what I needed to do."

After 15 full seasons at NASCAR's top level, Bowyer will get out of the car in four weeks. Bowyer will leave the sport a winner for Chevrolet, Ford and Toyota, a former Xfinity Series champion -- a kid from Kansas who made it to the big leagues.

He announced his plans last week with enough time to prepare for a sendoff Sunday at Kansas Speedway. He grew up in Emporia, just over an hour away from the speedway, and he was a fan drinking beer atop an infield motor home when Jeff Gordon won the first Cup race at Kansas in 2001.

Bowyer spent two months working with Gordon during the pandemic as an analyst-slash-participant in the iRacing broadcast coverage. Next year they will be full-time teammates in the television booth.

"I was getting ready. I was getting close to being ready," Bowyer said of retirement. "Was I ready after this pandemic and this covid year of no fans and a weird way to go out? No.

"But was I looking for that what's next moment or opportunity? That answer is absolutely yes. This pandemic led to that opportunity to get in the studio."

Fox Sports used just Mike Joy and Gordon in a two-person booth this year after Darrell Waltrip's retirement. The list of probable talent was deep and ranged from retiring crew chief Chad Knaus to current title contender Kevin Harvick, who has proved to be an outstanding guest analyst.

The pandemic gave Bowyer weekly studio time, and his large and loud personality was full-throttle during the virtual racing telecasts. Just like Waltrip did for nearly two decades, Bowyer can now look toward a long future in NASCAR's spotlight.

"I love being a part of this sport. I mean, that was so important for me. I didn't want to just retire," Bowyer said. "If this opportunity with Fox didn't come to the table, I was going to be in a car somewhere, somehow. I wasn't going to just quit and run off into the sunset because I like this sport and I wanted to find my way and a future within it."

LAST YEAR Denny Hamlin won after starting 23rd, the third-deepest spot for a driver on the starting grid to get to victory lane last season. 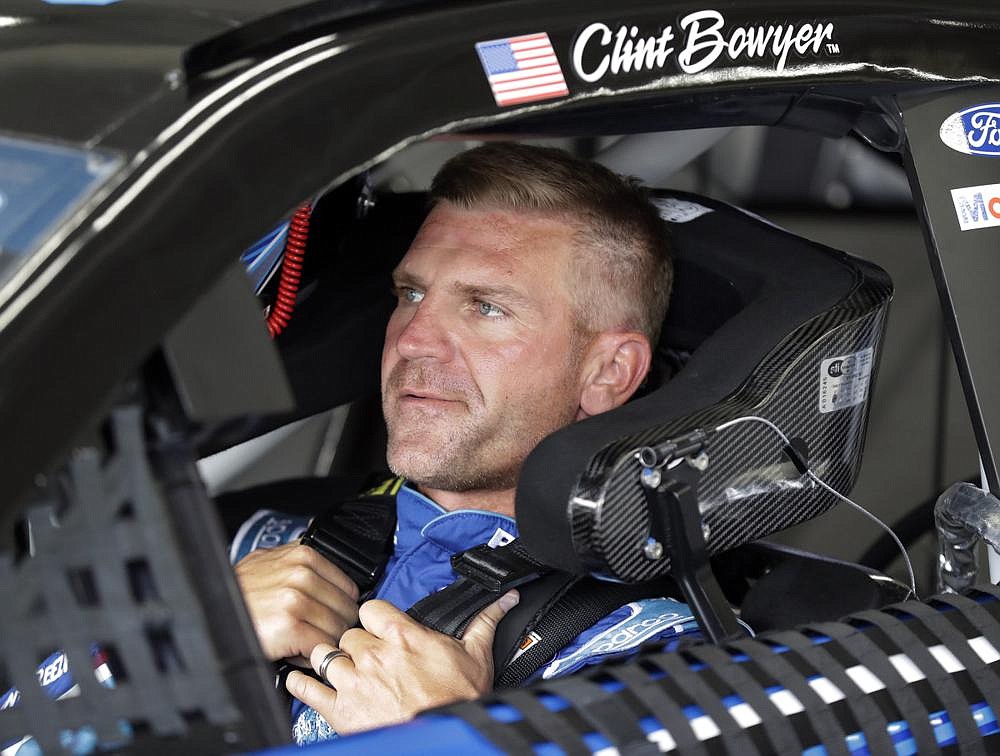 NASCAR Cup Series driver Clint Bowyer (shown) didn’t want 2020 to be his final season behind the wheel, but an offer to join Fox Sports made for an easy split between he and Stewart-Haas Racing. “It’s 2020, right?” Bowyer said. “Is it the perfect time to do all of this? I don’t think 2020 is the perfect time for anything.” (AP file photo)
ADVERTISEMENT