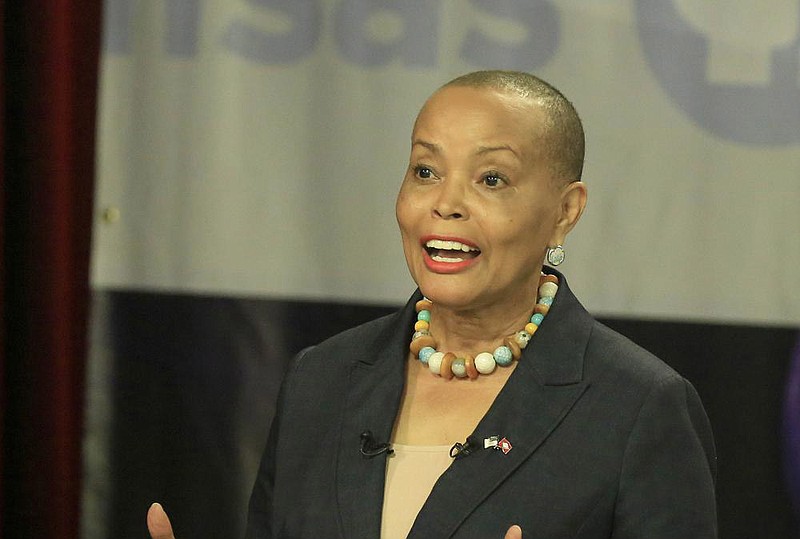 In an interview, the Little Rock lawmaker said she decided to settle the matter after disputing the taxes for years.

The New York taxes, Elliott said, were levied because of her employment, from 2003 to 2010, at the College Board. The Manhattan-based nonprofit group owns the SAT, a leading college admissions examination, and runs the Advanced Placement program, which allows high school students to earn college credit.

"I paid taxes in New York some of those years," she said.

Elliott held a number of positions there, according to her annual Arkansas statements of financial interest, including director of advance placement field initiatives, education outreach consultant, education field services director and director of state and legislative research.

New York eventually levied taxes on earnings that had already been taxed by Arkansas, she said.

"We had this dispute about that particular tax," she said. "We fought about it and fought about it, and were not coming to any kind of [resolution]. This has been about four or five months ago. I realized, OK, I'm not winning this."

Ultimately, she decided to pay.

"It was a substantial amount of money, so I had to pay it when I could pay it," she said.

The final amount owed was even lower, she said.

Earlier this month, the New York State Department of Taxation and Finance sent Elliott an "overpayment notice" telling her that she would be receiving a partial refund, her campaign said.

The letter, shown to an Arkansas Democrat-Gazette reporter, said "a net refund has been authorized" due to an overpayment of $2,535.76. The campaign declined to allow the document to be copied.

A check for the overpayment, which included an additional $7.93 for interest, was included with the letter and has been deposited, the campaign said.

In March 2011, the Arkansas Department of Finance and Administration filed two liens against Elliott for delinquent individual income taxes.

"Joyce Elliott is a typical liberal politician who thinks the rules don't apply to her. Elliott has consistently supported higher taxes on Arkansas families, but can't be bothered to pay her own tax bill," committee spokesman Bob Salera said in a written statement.

"She's quick to raise taxes on people," he said. "If these assertions or allegations are true, I hope she'll tell us why she's not a better steward of her own tax obligations."

Elliott said it was hard dealing with dual tax demands from New York and Arkansas, but that she paid what she was owed.

Asked about the Republican criticism, Elliott said, "I'm sure that they are raising attention to try to degrade me in some fashion."

"I don't think there is a shortage of people in our district or in this state or in this country" who have had a disagreement with taxing agencies, she added.