But some accounts targeted by projectcriticize its work as ‘smear campaign’ by RUSSELL CONTRERAS THE ASSOCIATED PRESS | October 17, 2020 at 4:42 a.m. 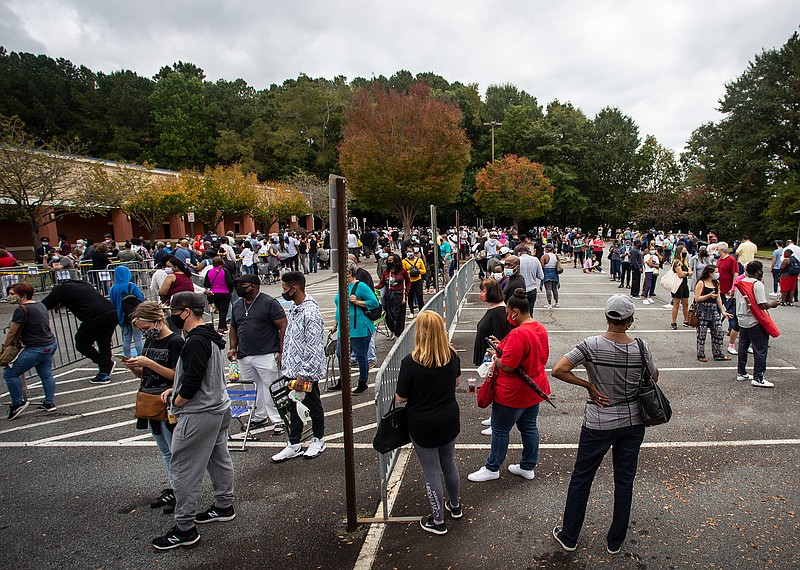 Some accounts also use the hashtag to inflame supposed divisions between U.S. Blacks and Black immigrants from the Caribbean and Latin America, Aiwuyor said.

The scholars say they also will be monitoring other hashtags like #Blexit, #BlacksForTrump, #MAGA, and #WalkAway. The effort isn't meant to silence groups that are behind any hashtag but counter "bad actors" who are using the hashtags to disseminate false information, Aiwuyor said.

"The disinformation used to target Black communities is cultural," said Aiwuyor, an African American activist and scholar. "It's cultural disinformation, which uses cultural issues to infuse false information and cause confusion."

The founders of ADOS say their movement is advocating for Black Americans to vote for down-ballot Democrats as well as the party's presidential nominee former Vice President Joe Biden if he offers "a more serious Black Agenda" and makes "a strong commitment to reparations." They say they are not taking a stance for or against Biden even if he doesn't meet those demands.

The founders also took issue with the National Black Cultural Information Trust on Twitter after the announcement that the project would monitor the #ADOS hashtag for xenophobic comments and false information.

"Ms. Aiwuyor has mounted a smear campaign against our movement on Twitter and other platforms," cofounder Yvette Carnell said in a statement.

"The purpose of the ADOS movement is not to demean or in any way diminish our Black immigrant allies. But a large part of our mission is reparations in the U.S. and those reparations would go exclusively to the families of the American Descendants of Slavery. Part of the process of reparations is specifying a distinction that is based on lineage."

Carnell also disputed any suggestion that their movement is spreading false information: "In fact our project is anchored in wealth data from universities, the Federal Reserve and other sources. We use that data to measure not only the contribution of ADOS. But also to measure the plunder of the ADOS community from 1619 to today."

Members of the National Black Cultural Information Trust plan to monitor social media posts and flag those spreading misleading and fake stories. They plan to use crowdsourcing, website tools that show if accounts have troll-like behavior, and scholars on standby to counter any claims about slavery or voting.

Through its website, the project will direct users to discussions and stories around Black voting and U.S. reparation supporters who reject xenophobic rhetoric and push coalition-building with Black immigrants and Latinos.

Amilcar Shabazz, a history and Africana Studies professor in the W. E. B. Du Bois Department of Afro-American Studies at the University of Massachusetts Amherst, said the heated debates on social media are similar to debates in the early 1900s between Black migrants and African Americans.

"This has crystallized into something else," Shabazz said. "We have a new generation of U.S.-born Black people who really want to direct this struggle around reparations." 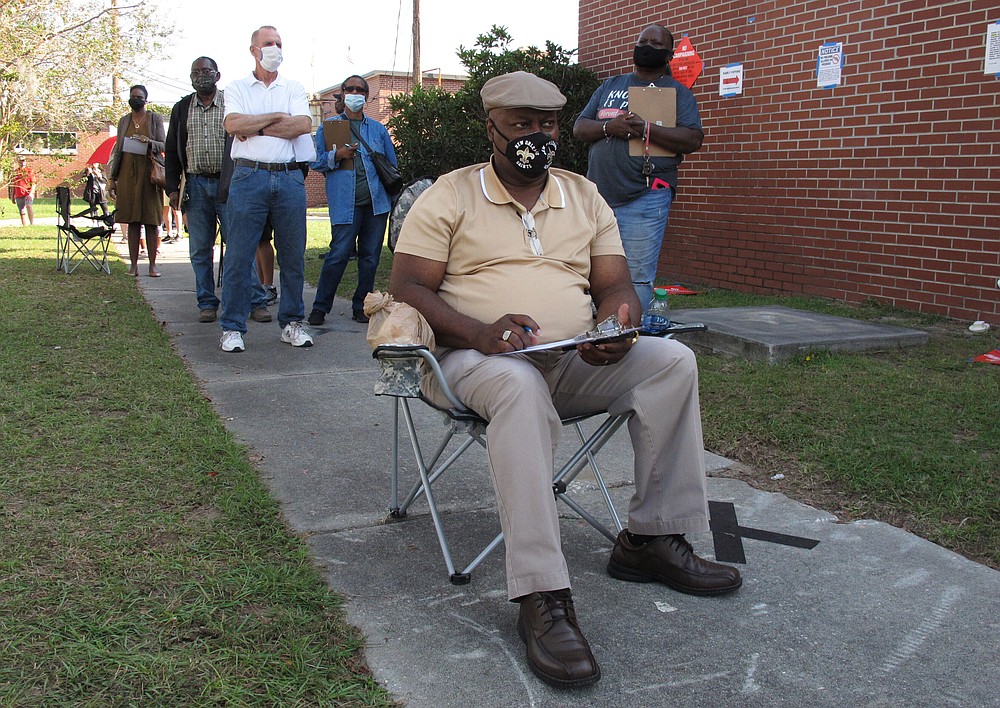 Richard Williams sits in a folding chair, filling out paperwork, as he waits in line to vote early in Savannah, Ga., on Wednesday, Oct. 14, 2020. Black people are going to the polls by the thousands and waiting in lines for hours to vote early in Georgia. (AP Photo/Russ Bynum)
ADVERTISEMENT