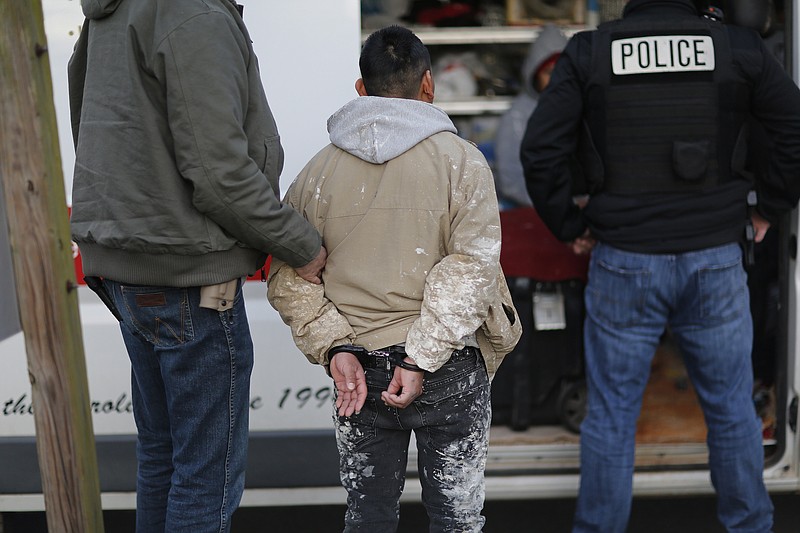 Immigration and Customs Enforcement agents question and detain undocumented immigrants during a traffic stop after an early morning stakeout in the Charlotte area earlier this year. MUST CREDIT: Photo for The Washington Post by Eamon Queeney

Immigration and Customs Enforcement officials said Friday that the agency made 170 arrests during an operation last week targeting "sanctuary" jurisdictions.

Immigration and Customs Enforcement officers made the arrests in Denver, Seattle, New York, Baltimore, Washington and in Philadelphia, where authorities chose to announce the results and where officials said 26 immigrants were taken into custody. The agency has averaged about 40,000 "at-large" arrests per year.

"This campaign would be entirely unnecessary if local leaders would do their jobs and protect their communities by partnering with federal law enforcement," Wolf told reporters. "Sanctuary city policies are a threat to the homeland and put the safety of the American people in jeopardy so that certain local politicians can score cheap political points at the cost of American lives and safety."

[Video not showing up above? Click here to view » https://www.youtube.com/watch?v=pg9R2EwjBLU]

Immigration and Customs Enforcement officers have the authority to make immigration arrests anywhere, but sanctuary jurisdictions typically don't oblige the agency's requests to hold on to suspects longer than necessary so that the agency can pick them up inside local jails. In those jurisdictions, officers have to find out when the suspects will be released or track them down at their homes and workplaces, requiring more time and effort.

In Philadelphia, the agency has paid for billboards showing the mug shots of immigrants with criminal convictions wanted for deportation.

Pham said that more than 80 percent of the 170 immigrants the agency arrested last week had a criminal conviction or a "pending criminal charge."

But the agency did not respond to requests for statistics indicating what percentage of those taken into custody were convicted of violent crimes. 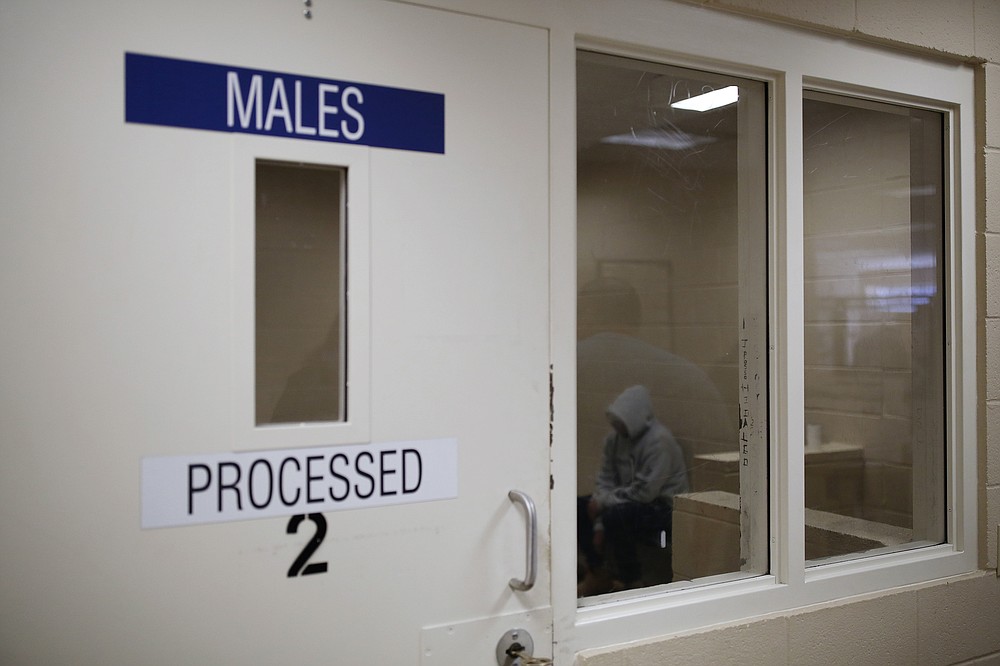 An undocumented immigrant sits in an Immigration and Customs Enforcement holding cell in the Department of Homeland Security's Charlotte Field Office in January. A recent operation targeting so-called "sanctuary" cities led to 170 arrests in Denver, Seattle, New York, Baltimore and Washington, D.C. MUST CREDIT: Photo for The Washington Post by Eamon Queeney
ADVERTISEMENT