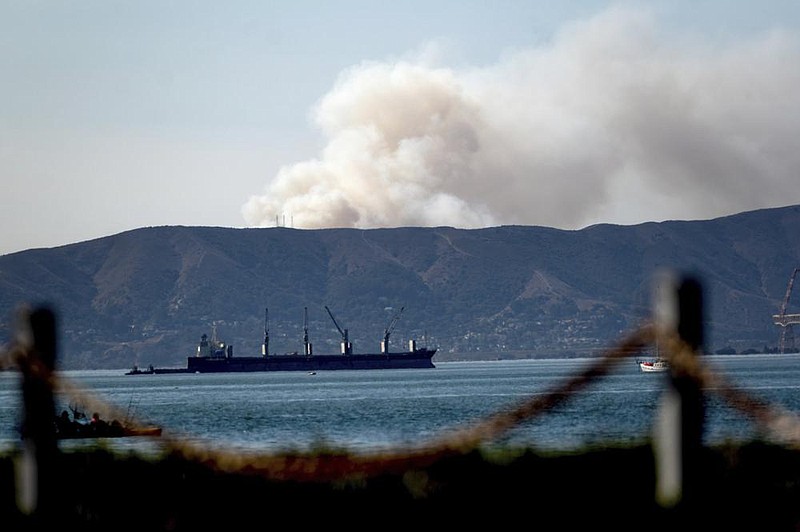 MORAGA, Calif. -- President Donald Trump reversed himself Friday, approving a package of wildfire disaster relief for California hours after officials from his administration had explained why the state should not receive the aid.

"Just got off the phone with President Trump, who has approved our Major Disaster Declaration request," Gov. Gavin Newsom of California said in a statement. "Grateful for his quick response."

The relief package adds to the 68 fire-related aid packages for California that Trump has approved during his tenure: 61 for firefighting, five for disaster relief and two for support of emergency services.

California has suffered a series of huge fires since August, when lightning storms ignited hundreds of blazes, some of which grew to be the largest in modern state history. Subsequent fires in September tore through parts of the Sierra Nevada and wine country north of San Francisco.

Earlier on Friday, Judd Deere, a White House spokesman, had said aid for the September fires "was not supported by the relevant data that states must provide for approval, and the president concurred with the FEMA administrator's recommendation."

[Video not showing up above? Click here to view » https://www.youtube.com/watch?v=4J7xhuyU2ik]

Lizzie Litzow, the agency's press secretary, said damage assessments of some of the fires that started in early September, which included one of the largest fires in California's history, "were not of such severity and magnitude to exceed the combined capabilities of the state, affected local governments, voluntary agencies and other responding federal agencies."

The initial rejection was not unprecedented: A 2017 report by the Congressional Research Service found that from 1974 to 2016, presidents denied requests for disaster relief an average of 2.9 times per year during nonelection years and 2.1 times in a year with a presidential election.

But ultimately the president has the authority to approve or reject a disaster aid request regardless whether the criteria are met.

While the state did not include a specific dollar amount in its request, Newsom had written that because of a recession induced by the coronavirus pandemic, California went from a projected $5.6 billion budget surplus to a $54.3 billion projected deficit. "California's economy is suffering in a way we have not seen since the 2009 Great Recession," he said in the request, which came in the form of a letter to Trump.

Infrastructure damage estimates from the fires had exceeded $229 million, Newsom said, and "the severity and magnitude of these fires continue to cause significant impacts to the state and to the affected local jurisdictions, such that recovery efforts remain beyond the state's capabilities."

Last year, the president threatened to cut off funding for wildfire relief unless California improved the management of its forests.

"Billions of dollars are sent to the State of California for Forest fires that, with proper Forest Management, would never happen," Trump tweeted in January 2019. "Unless they get their act together, which is unlikely, I have ordered FEMA to send no more money."

"One camp is saying it's all climate change-driven, and the other saying it's all forest management," said Malcolm North, a forest ecologist at the University of California, Davis. "The reality is that it's both. I get kind of frustrated at this all-or-nothing type of approach."

Nearly 9,000 firefighters remain on the lines of 21 fires.

Near San Francisco's international airport, crews were battling a smoky grass fire burning on a highly visible hill with an iconic sign welcoming people to "South San Francisco." The city of nearly 70,000 people said on social media that authorities were on the scene and evacuation instructions would follow if needed.

It has been a disastrous wildfire season in California, with more than 8,500 blazes burning more than 6,400 square miles since the start of the year. Thirty-one people have died and some 9,200 buildings have been destroyed.

Thousands of Northern California residents remained without electricity Friday after a utility cut off service to prevent the latest round of powerful winds from damaging equipment and sparking wildfires amid a fall heat wave.

Power restorations began Thursday afternoon and by evening Pacific Gas and Electric said about 30,000 customers were still in the dark -- down from about 45,000 the previous night.

All electricity was expected to be restored by late Friday, PG&E said.

Information for this article was contributed by Thomas Fuller and Derrick Bryson Taylor of The New York Times; and by Don Thompson, John Antczak, Janie Har and Kevin Freking of The Associated Press.