NASCAR's championship round begins in Kansas 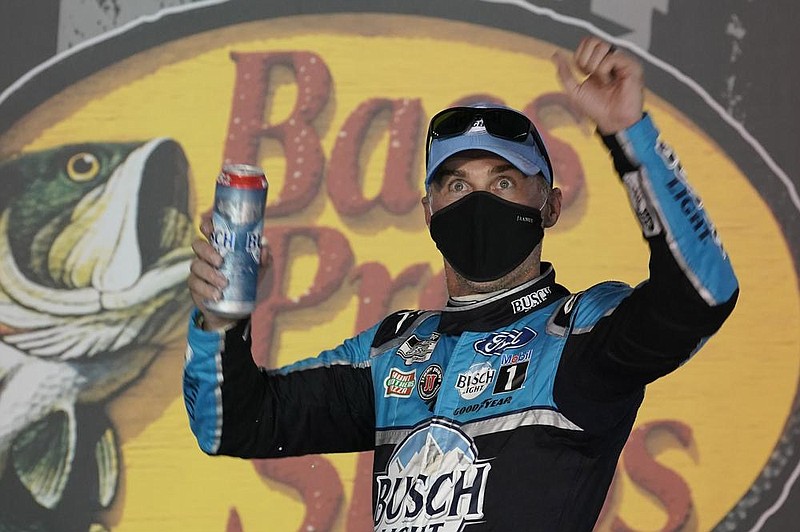 Kevin Harvick is the points leader heading into NASCAR’s three-race path to the championship round, which begins tonight at Kansas Speedway with the Hollywood Casino 400. (AP/Steve Helber)

Not much has changed through NASCAR's first two rounds of playoffs: Kevin Harvick and Denny Hamlin are still favored to race for the championship and the other two contenders are a crapshoot.

The path to the championship finale begins today at Kansas Speedway, the first of three races in the title-setting third round. It's a fairly straightforward series with ensuing stops at Texas Motor Speedway, like Kansas a 1.5-mile intermediate oval, then the half-mile Martinsville Speedway, NASCAR's shortest and oldest active track.

At stake are four slots in the winner-take-all Nov. 8 finale at Phoenix Raceway and no obvious indicators on who will be challenging Harvick and Hamlin.

The two have combined for 16 wins in 32 races this season and have hoarded enough points that it would likely take some sort of sudden collapse to keep the favorites from advancing to the finale.

Harvick, the points leader, had a mediocre second round but doesn't seem too concerned about these next three races.

"I think these racetracks are right up our alley, especially the first two," Harvick said.

It would certainly give Hamlin a head-start on championship preparations.

"We could go the next two weeks and really shift our focus from Texas and Martinsville to putting all of our resources towards Phoenix," Hamlin said. "That would certainly be a benefit for whoever locks in right off the bat."

The other six playoff drivers can earn an automatic berth in the finale by winning but otherwise have a tense stretch of three races ahead.

With four victories this season, including one in the first round of the playoffs, Keselowski has been the only driver close to competing with Harvick and Hamlin.He won the 2012 title under a different format and has never raced for the championship since the elimination rounds debuted in 2014.

"I think there are three or four drivers competing for the final two spots," he said. "We're all very similar. It's probably going to come down to the wire at Martinsville."

This is the fourth consecutive year Elliott has advanced into the semifinals and he's again trying to advance to the finale. Earlier visits this season to Kansas and Texas were disappointing and Elliott knows he's got to be steady to make it to Phoenix.

"We're not going to try to reinvent the wheel. We don't want to get too far off the beaten path," Elliott said. "I feel like for us, when we've been at our best and as a team, myself included, performing at the level that we're all capable of doing, I feel like we've contended with the best of the series this year."

Logano has struggled on intermediate tracks since his February victory at Las Vegas and acknowledges that not practicing during COVID-19 protocols has hampered his ability to adapt to the high-downforce aerodynamic package.

He's in his first season with crew chief Paul Wolfe and now, with a month to go, the duo believes they've found a rhythm.

"It just took a little bit for Paul and I to understand what makes the car tick," Logano said. "What makes it tick with me? Without practice, that's really hard to do."

Truex is seeking a fourth consecutive berth in the finale. He won the title in 2017 but has been runner-up the last two seasons.

Top-three finishes could get him into the final four, but he believes he's close to reeling off some victories.

His only win of the season was at Martinsville in June.

"We need to make something big happen, and I think that we are ready to make it happen," he said.

Bowman is in the semifinals for the first time in his career and likely qualifies as a darkhorse to make it through to the finale.

"I feel like we can go be phenomenal there," Bowman said. "Kansas and Texas are two opportunities for us to win. It's probably going to take a win to make the round of four."

Busch is a wild card in that he probably would not have been picked to advance this far in many brackets but has really turned his performance up the last six weeks.

A second-round victory at home track Las Vegas gave Busch a boost and he's seeking to win his second Cup title -- 16 years after his first championship.

After his win at Las Vegas, also an intermediate oval, he was looking ahead to the third round.

"If you fast-forward to Kansas and Texas, it's a mile-and-a-half, so everything is just pointing in our direction right now," he said. "We thought we were a top eight team if things went perfectly." 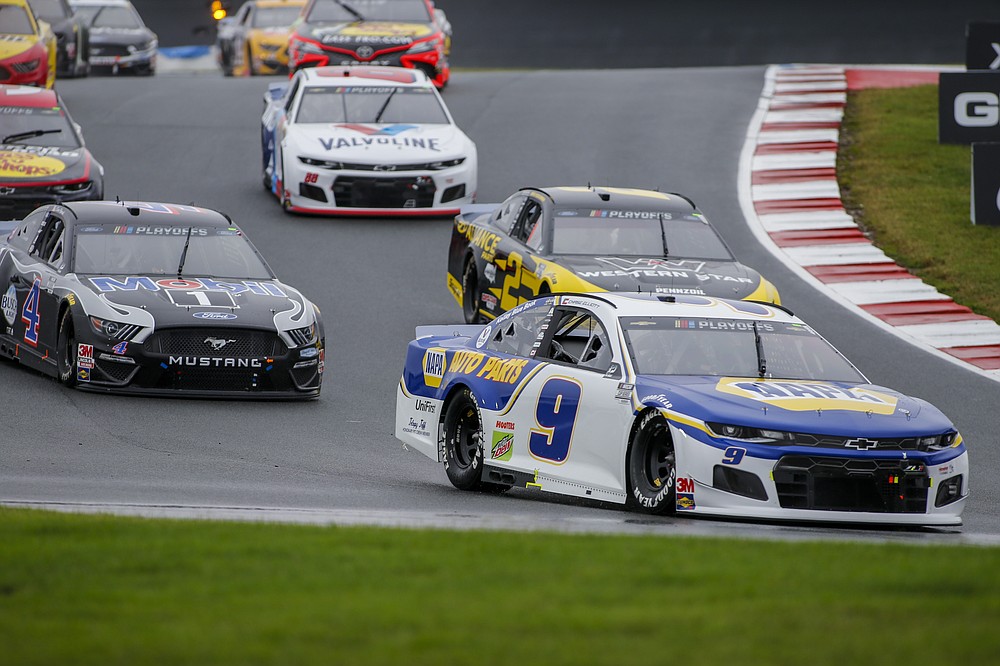 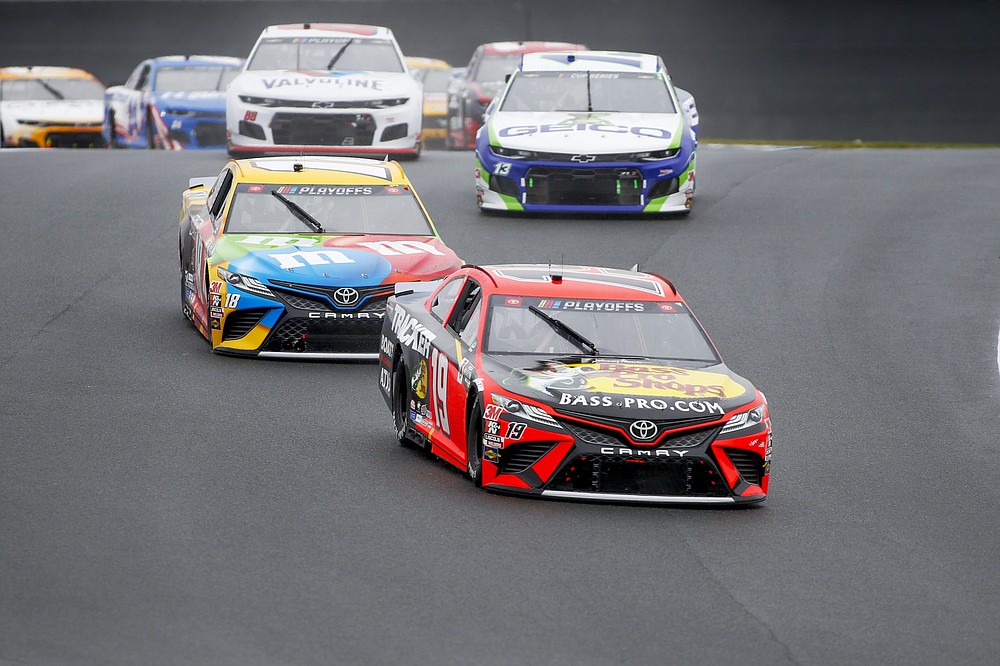 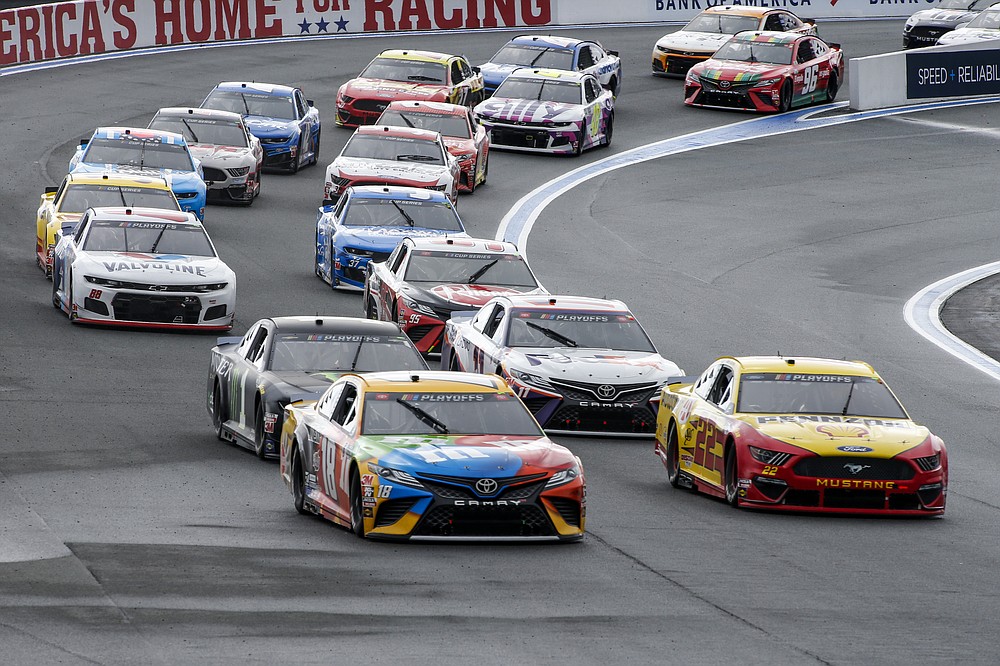