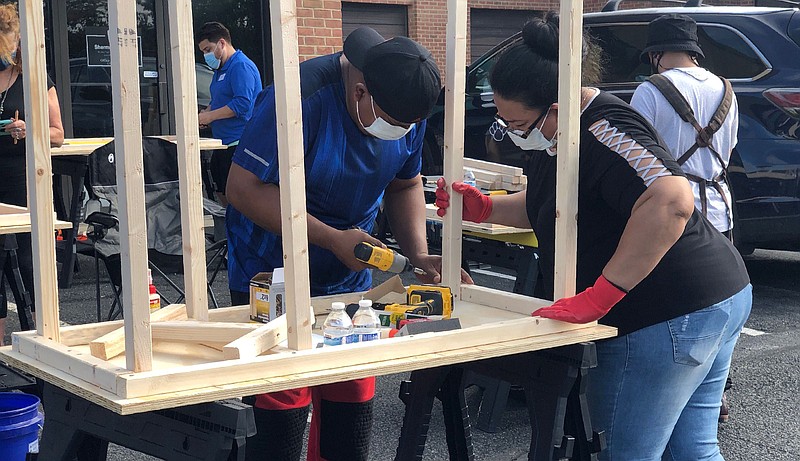 Al Berrellez, builds a desk in Gaithersburg, Md., on Sept. 25. Jessica and Al Berrellez, with the help of some 60 community volunteers, have built and donated over 100 desks so far to students and families in need. (Jessica Berrellez via AP)

LEMOORE, Calif. — As remote schooling surged during the pandemic, parents across the country realized many kids didn't have desks at home.

So they got busy building, collecting and donating them, giving hundreds or thousands of students workspaces to call their own and helping them get through long days of virtual learning.

For Mitch Couch in the Central California town of Lemoore, inspiration struck when his 16-year-old daughter and 9-year-old son kept taking over the kitchen table for their remote lessons. He made desks for them, and thought: Why not provide others' children with individual learning areas they could decorate with stickers and paint?

The desks he made were kid-size, simple and inexpensive, fashioned from plywood with a hutch for workbooks and papers. But they did the trick.

"I was like, you know what, I built these desks for like $20," Couch said. "Maybe I can show other people how to do it. So I made a quick YouTube video" to guide fellow parents in Desk-Making 101. The video is titled DIY $20 Simple Desk.

A grocery store saw it online and offered to provide material if he would build more. Managers contacted local school officials to help identify those in need. From the initial batch of a couple dozen, plans quickly ramped up to build at least 50 more, and on a recent day he was sawing and sanding with a driveway full of more than a dozen desks

A single sheet of plywood, 4 feet by 8 feet, yields four desks. By now Couch is so practiced, he can knock one out in just about 15 minutes.

Neighbors stopped by to shake his hand. He's gotten thank-you messages and pictures from parents who said their kids were "doing better and focusing more because they have their own space now."

Like Couch, Marcus Holley of Omaha, Neb., started out making desks for his own children. Hardly a carpenter, the father of eight searched online and found a simple design for desks that cost about $24 to build.

As he began making more for others and the price of wood increased, Holley launched an online fundraiser so the desks could be free to families. Initially a donor ponied up $1,000, and after a local station ran a story about his initiative, donations reached some $8,000.

Two friends have helped out a few times, but mostly Holley has been on his own in building the furniture for students, teachers, daycare centers — about 150 desks so far. Requests continued to roll in, with $5,000 left in the account.

"Just do good and help others and love," Holley said.

In the Washington suburb of Gaithersburg, Md., Jessica Berrellez was already involved in a project with other moms to provide online educational material for kids in low-income families. The logical next step was supplies such as headphones and whiteboards — and desks, of course.

Berrellez enlisted her husband, Al, who went to a big-box store to pick up material, watched some online videos and built a prototype in about an hour at a cost of around $40. At first they provided all the labor and funding, but soon it was more than two people with full-time jobs could handle.

They started a Facebook group, Desks by Dads, and others weighed in to help tweak and improve the design. Money now comes from donations. And some 60 desk-building volunteers, ranging from retirees to parents whose own kids got desks and are now giving back, have delivered 138 desks to underprivileged kids.

"Our greatest hope was that other people would step in and help," Berrellez said. "And it's happened." 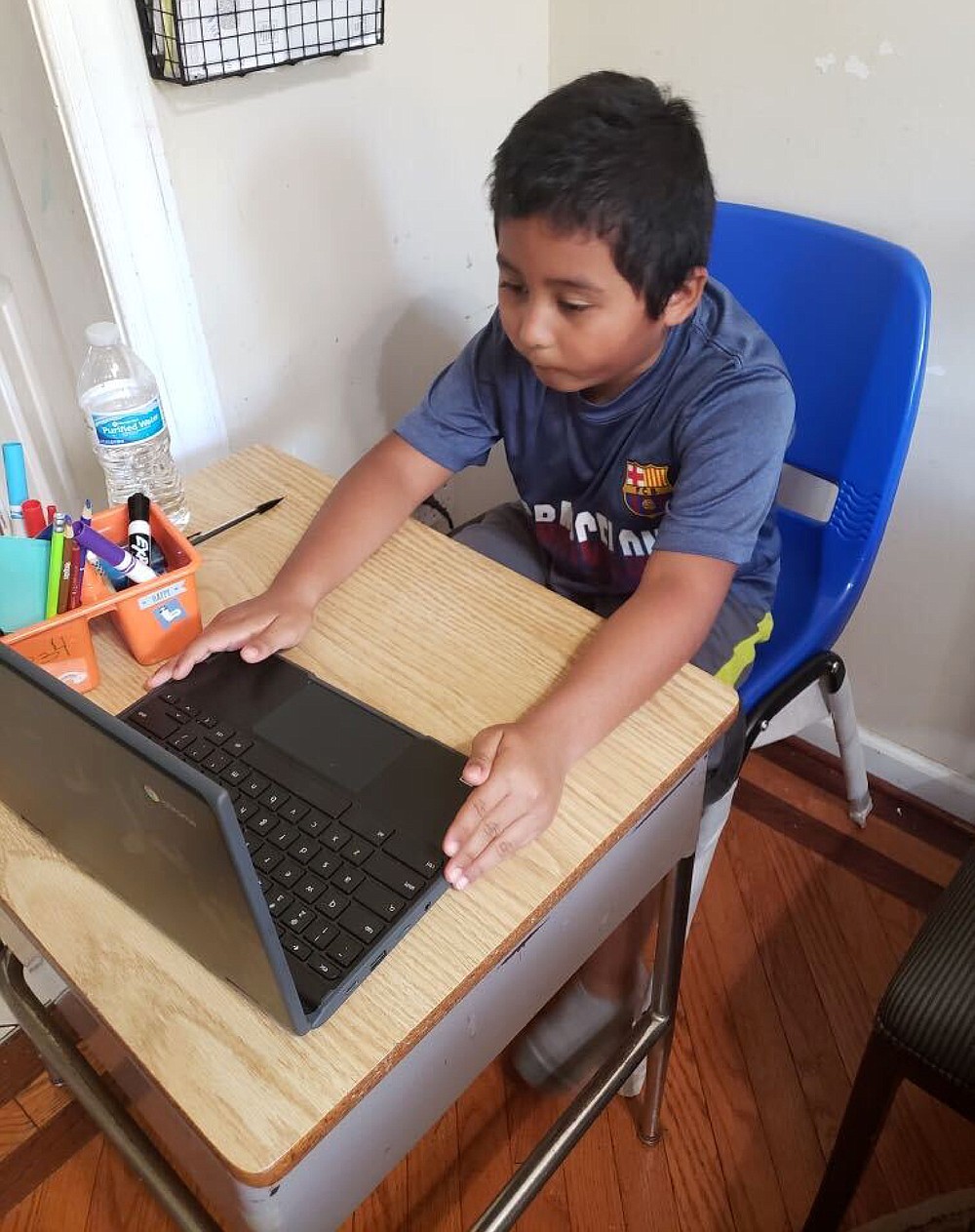 In this photo provided by Jessica Berrellez, student Jordan Dominguez Garcia attends a virtual class using his new desk, which was donated by the community, Thursday, Oct. 8, 2020, in Gaithersburg, Maryland. (Jessica Berrellez via AP)
ADVERTISEMENT