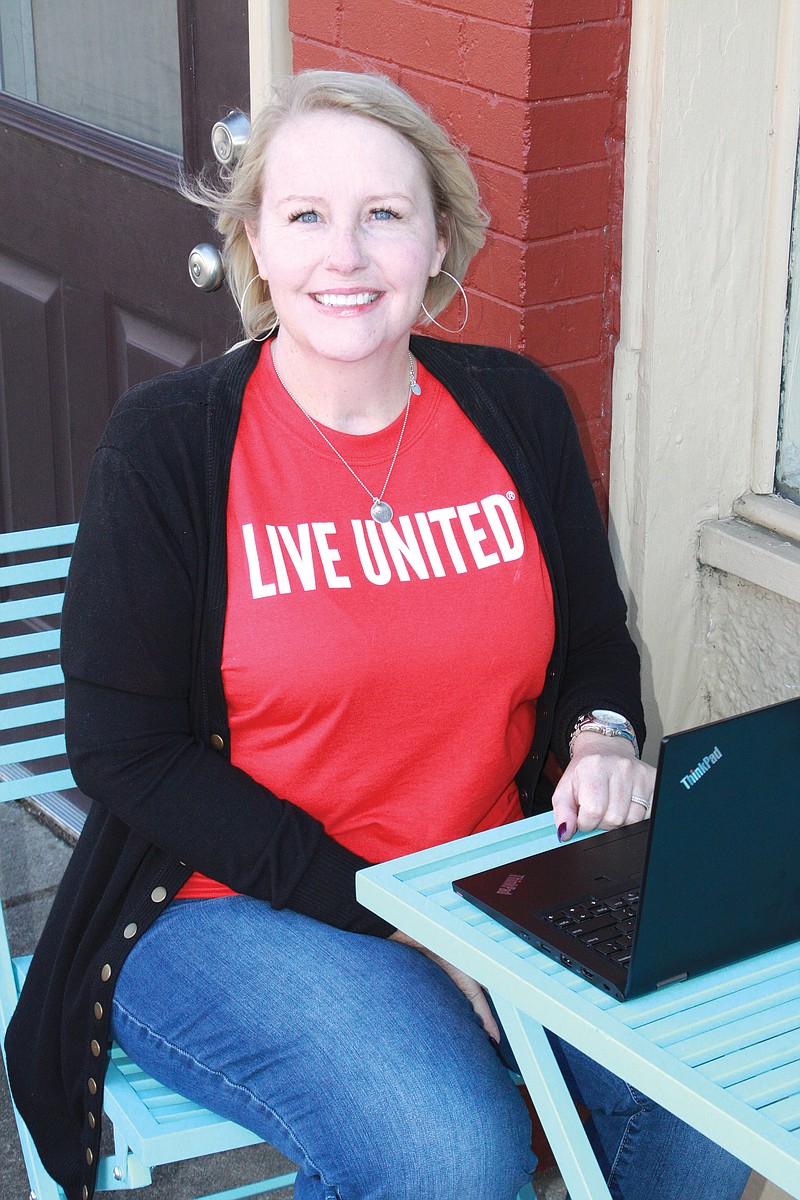 Kristy Williams has served as executive director of the River Valley United Way for two years. She said that in August, the United Way reached a milestone mark with its Imagination Library partner, mailing out its 100,000th book. ( Sam Pierce)

RUSSELLVILLE, Ark. — In August, the River Valley United Way passed a significant mark with its Imagination Library partner, which delivered its 100,000th book over the course of six years to area children. The books are funded by local donations, and it costs about $25 a year for 12 books to be delivered to a home.

“We have been trying to provide books for 100 percent eligible children in our service areas,” said Kristy Williams, executive director of the River Valley United Way. “We have dedicated volunteers who raise money in Johnson County, and we have a partnership with University of the Ozarks in Clarksville.”

In January, the United Way had to put a pause on registration, but in July, the organization was able to open registration again, thanks to a grant from the Arkansas Imagination Library, Williams said. Registration is available at imaginationlibrary.com. Williams said that among Johnson, Pope and Yell counties, 2,440 children are registered, and 2,093 have graduated from the program.

“I was shocked to realize we had mailed that many books. I am pretty happy about it.”

She said the area has a large number of children who receive free and reduce-priced lunches at their schools, and “if you improve the literacy rates in the community, it lifts the average of almost everything in the community, including graduation rates, employment rates and college enrollment rates.

“Literacy has just a huge impact, and the books are available for any child from birth to 5 years old, not just for those of any particular socioeconomic status.”

In response to the COVID-19 pandemic, the River Valley United Way recently launched a relief fund, accepting donations from individuals and companies, to help those impacted by the pandemic.

Williams said she sought out grants, as well as funds from corporations from outside the area through the United Away, and through that effort, she raised just under $50,000 for the community.

“It was promptly spent on rental assistance, utilities and supplying food,” she said. “We exhausted that entire fund.”

Williams said the United Way partnered with the the Help Network, a nonprofit in Russellville that is “dedicated to uplifting, empowering and educating low-income families and individuals,” according to its website, helpnetworkinc.net, by assisting with case management.

“We wanted to make sure the money is getting out to the right people …,” Williams said. “I am just looking forward to seeing what we can do to help long-term efforts in our area.”

Williams has served as the United Way executive director for two years, but she has been with the organization for 17 years. Prior to this role, she served as the finance and programs director. She replaced former Executive Director Beth Latham.

Williams was born and raised in the River Valley area but lived in Atlanta for five years. She returned to Arkansas in 2003 to be closer to family and to find a job where she felt like she could make a difference, and that’s how she got involved with the River Valley United Way.

“I had overseen different volunteer efforts for the company I worked for in Atlanta, working with volunteers and organizations that were trying to make a difference in the area,” she said. “When I came back here, I couldn’t think of a better way to get involved and better the community than through the United Way.”

Williams graduated from Dardanelle High School in 1993. While in Atlanta, she lived in the suburbs.

“I had a great job I really liked, but it was just too far away from family,” she said. “I had a 2-year-old, and I wanted to get away from the city.”

Ian Bryan of Russellville is currently serving as board president for the River Valley United Way — a one-year rotating term that will end in January. He works as a community banker, or commercial loan officer, for Simmons Bank. He said he got involved with the United Way in 2017.

He said he has known Williams since 2016.

“She is very detail-oriented, and nobody knows the United Way or how it functions and the people it serves better than Kristy,” he said. “[I have seen her organization] through the allocation process, campaigns and coordinating events, and documentation that she has provided each and every year.

“She is very detailed, and everybody knows exactly how we need to do things. She leads us in doing that.”

Williams said the United Way just launched a text-and-give option for donations by texting RVUW to 26989. She said anyone can sign up and give just one time or monthly. She said there is also an option, by registering a debit or credit card, to round up one’s expenses to donate to the United Way.