MUSIC MADNESS: Live at last! The Salty Dogs get out to play SoMa 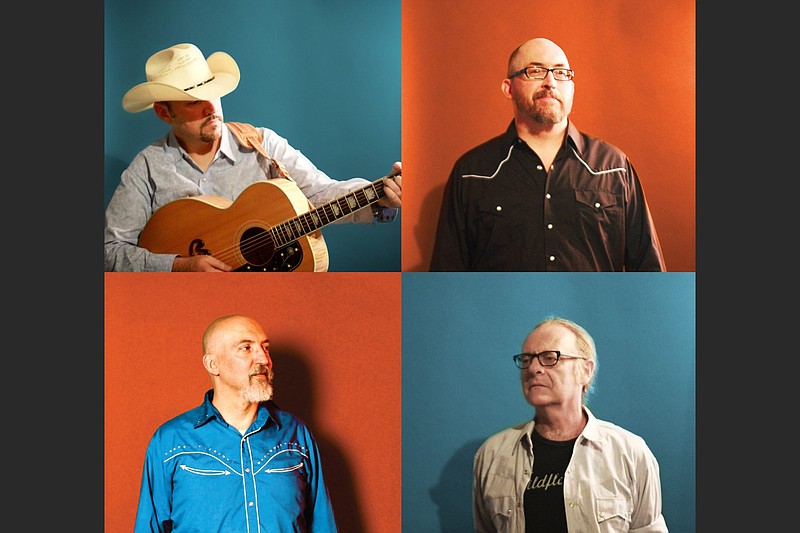 The Salty Dogs will perform at 6:30 p.m. Friday at the SoMa Outdoor Dining Room, on the parking lot at 13th and Main streets, Little Rock. Admission is free.

"We haven't rehearsed since probably late January, but last time we played was back in August," says Salty Dog drummer Bart Angel. "Newport has an outdoor concert series there downtown... the Newport gig was a lot of fun and the Lord smiled on us in that it was a tad cooler than a typical Arkansas August evening. But the skeeters were typical. The lady in charge told us to be done and gone by 8 p.m. because that's when the mosquitoes came over the levee.

"We were running a little late and I'll be danged if she wasn't right. Like, right on the money. 8 p.m. Boom. Here they come. Pretty sure I heard 'Flight of the Valkyries.' We hustled out of there. Anyway, the gig was a ton of fun. We played surprisingly well for not even seeing each other for months. Seeing the guys was a good part, too.

"I don't want to speak for the other guys – but I'm going to anyway... I think it's pretty safe to assume we're pretty stoked to play again." 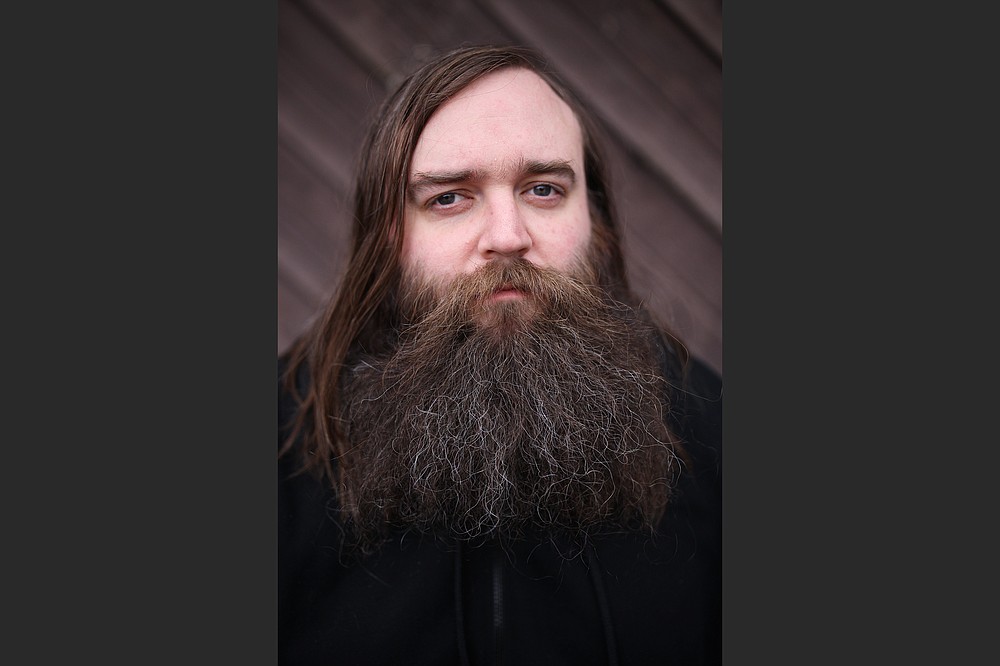 ◼️ Jason Campbell will perform from 8 to 10 p.m. Friday at The Hangout, 10840 Maumelle Blvd., North Little Rock. Admission is free.

◼️ The Rodney Block Collective will perform at 5 p.m. Saturday in the Butler Gazebo at Wildwood Park for the Arts, 20919 Denny Road, Little Rock. It's the inaugural performance in the park's "Music in the Wild," a socially distanced, limited-seating series of outdoor concerts. Take your own blankets and chairs; beverages are available by donation. Tickets are $20. Visit tinyurl.com/y32v48vp.

◼️ Jacob Flores, a singer-songwriter-guitarist, will perform from 7 to 8 p.m. Saturday at the Whittington Place Spotlight, 301 Whittington Ave., Hot Springs. Admission is free. 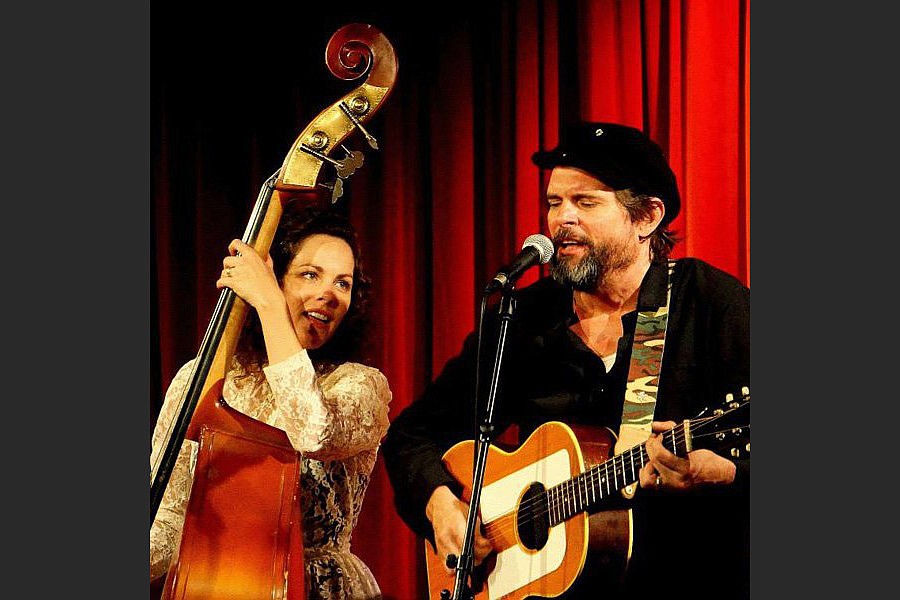 Memphis musicians Amy Lavere and Will Sexton play live Saturday at The Grange at Wilson Gardens in Wilson. (Special to the Democrat-Gazette)

Memphis musician Amy LaVere, along with her opening act and husband, Will Sexton, will perform an outdoor show at 6 p.m. Saturday at the The Grange at Wilson Gardens, 15 S. Jefferson St., Wilson. Patrons should take chairs or outdoor blankets for seating.

Tickets are $25 and can be bought at the door or online at Eventbrite.com.

Paragould-born singer-songwriter Iris DeMent has released a new nine-minute plus song, "Going Down to Sing in Texas," which addresses gun violence, corruption in the church, discrimination against Muslims, the war in Iraq, economic inequality in America, police brutality, racial justice and more.

To listen to the song, go to YouTube, where the video contains the lyrics. The song is available on Bandcamp, with proceeds going to The Poor People's Campaign and food banks.

DeMent's music has been famously used before: Her song "Our Town" was featured in the movie "Northern Exposure"; "Let the Mystery Be" was heard in the opening scenes of the movie "Little Buddha"; and she sang the old Southern Baptist hymn "Leaning on the Everlasting Arms" at the end of the Coen brothers' version of the movie "True Grit," based on Arkansan Charles Portis' book of the same name.

The song's video is on YouTube; Cash released a statement: "I've been a bit quiet lately, as I've been working on something really important to me. The vortex we find ourselves in at this moment of suffering, fear, outrage, but also a faith in our better angels, led me to write the lyrics to (the song). John Leventhal wrote the music. It's out now and I hope you listen."

◼️ Area musicians' tribute to the late John Prine raised some $3,000 for Washington Elementary School in Little Rock, according to a recent news release. More than a dozen musicians — including Amy Garland — took the stage at the SOMA Outdoor Dining Room, where tables were set up in accordance with social distancing and fans were asked to wear masks.

Cast members are veterans of the shows "Jersey Boys" and "Motown: The Musical."

◼️ Yo-Yo Ma: A New Equilibrium, live sessions 1, 2 & 3 will be shown Friday through Sunday on Facebook.

The celebration will be shown on Lewis' official Facebook and YouTube channels and JerryLeeLewis.com. The event will benefit World Vision, a Christian organization that works to help communities lift themselves out of poverty.

◼️ What would have been Tom Petty's 70th birthday Friday will be celebrated with radio and live concert coverage.

Sirius XM's Tom Petty Radio will kick things off at 3:30 p.m. with an audio broadcast. The Petty estate will then join forces with Amazon Music's Twitch channel and TomPetty.com at 6 p.m.

The event is a benefit to raise awareness for Save Our Stages (NIVA), Arts in Medicine, Digitunity and Musicares.

◼️ Trey Anastasio of Phish is hosting "The Beacon Jams," an eight-week virtual residency, live from New York City's historic Beacon Theatre, every Friday at 8 p.m. through Nov. 27. The events will be steamed free exclusively on Twitch.

The museum closed in mid-March due to covid-19, and has suffered significant financial losses. During the event on Wednesday, donations can be made via YouTube Giving and a text to donate option: Text "donate" to (833) 977-2643.

CORRECTION: The Salty Dogs will perform at 6:30 p.m. Friday at the SoMa Outdoor Dining Room. An earlier version of this article listed an outdated time.