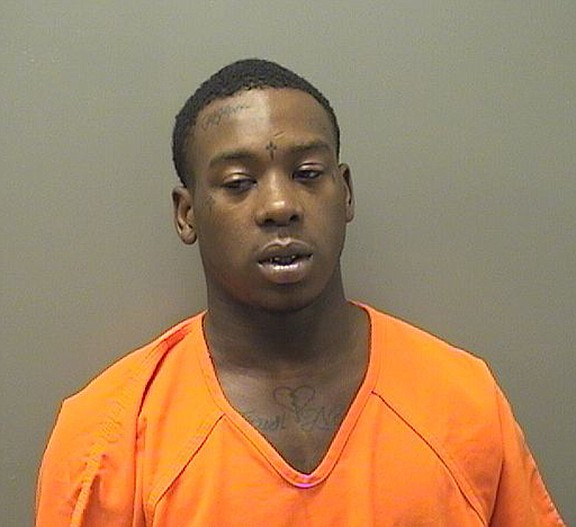 A teen who was reportedly caught breaking into a car in Hot Springs on Tuesday morning was shot while exchanging gunfire with the vehicle owner and later arrested on multiple felony charges, police said.

Johnson, who has several other felony charges pending from two prior cases, was being held in Garland County jail on a $100,000 bond and was set to appear Wednesday in Garland County District Court. Johnson remained in the jail Thursday, an online inmate roster shows.

According to the probable cause affidavit, shortly before 6:30 a.m. Tuesday, Hot Springs police responded to a residence in the 100 block of Scully Street to a shooting that had just occurred. They spoke to the homeowner, who stated he and his wife had heard a noise outside their house and "thought someone was breaking into their vehicles."

The man said he walked outside armed with a .380-caliber handgun and started looking around their vehicles. As he approached the passenger side of his wife's Acura MDX, he saw a man in the back seat "pointing a gun at him," the affidavit states.

The homeowner said he ran around to the driver's side and the two of them "shot at each other." He said the man then left the vehicle and fled on foot.

Shortly before 11:30 a.m. Tuesday, Detective Mark Fallis was notified that Johnson was at UAMS Medical Center in Little Rock with a gunshot wound in his left arm and shoulder. Johnson initially told Little Rock detectives who came to the hospital that he was shot in Benton and then stated he was shot at his residence on Riley Street in Hot Springs.