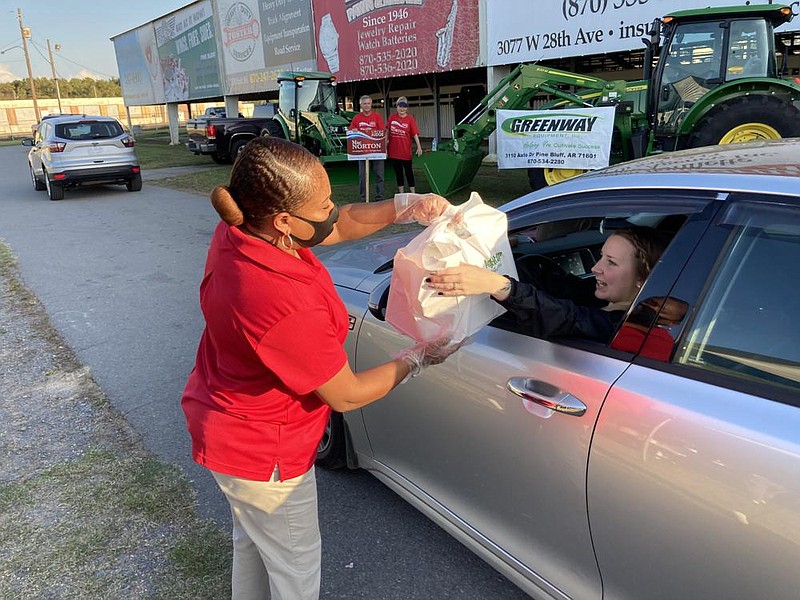 Tonya Shaw, a redcoat with the Pine Bluff Chamber of Commerce, hands a sack of fish and chicken dinners to a customer Thursday evening. This year’s fish fry was a drive-thru-only event because of concerns about the coronavirus. (Pine Bluff Commercial/Byron Tate)

Thursday was the Pine Bluff Chamber of Commerce's annual fish fry, and normally, a slew of people would be milling around in the interior of Hestand Stadium, visiting and catching up with old friends.

That would have described last year and the 66 years before, but that was before a global pandemic put the squeeze on almost every part of life.

"We've had to completely revamp the way we do things," Mandy Owens, events coordinator with the chamber, said as she surveyed the string of cars lined up to get their dinners. "It took a lot, but we figured it out."

There were still some mainstays at the event. Music was playing, thanks to a DJ, and there were plenty of sponsors in evidence, including politicians looking to get some exposure.

Also, the catfish and chicken were said to be delicious as volunteers, in assembly-line fashion, filled containers with one or the other and then added mounds of sides before the dinners went into sacks and handed to the next driver.

Owens said that despite all of the effort and events, the number of customers will likely be down some this year, perhaps because of the pandemic or people being unable to drink a beer and relax with one another.

"We had to cut all of that out," she said. "This year it's just fish and chicken."

Despite the reduced number of pre-sold tickets, however, there were plenty of people driving up and buying meals on the spot.

"We've had a huge, huge amount of street traffic," Owens said, "and that's something we don't normally have."

The event is a fundraiser for the chamber, but it is also held to honor the area's agriculture businesses, Owens said, as well as to honor Jefferson County's farm family of the year. This year's winner is Noble Lake's Render family, which farms from that area all the way down to Tamo.

"They won district," Owens said, motioning to the family members who were standing and waving to the drivers and their passengers as they passed. "And I'll tell you, they have a heck of a chance of winning state."

Owens said that winner won't be known until December. 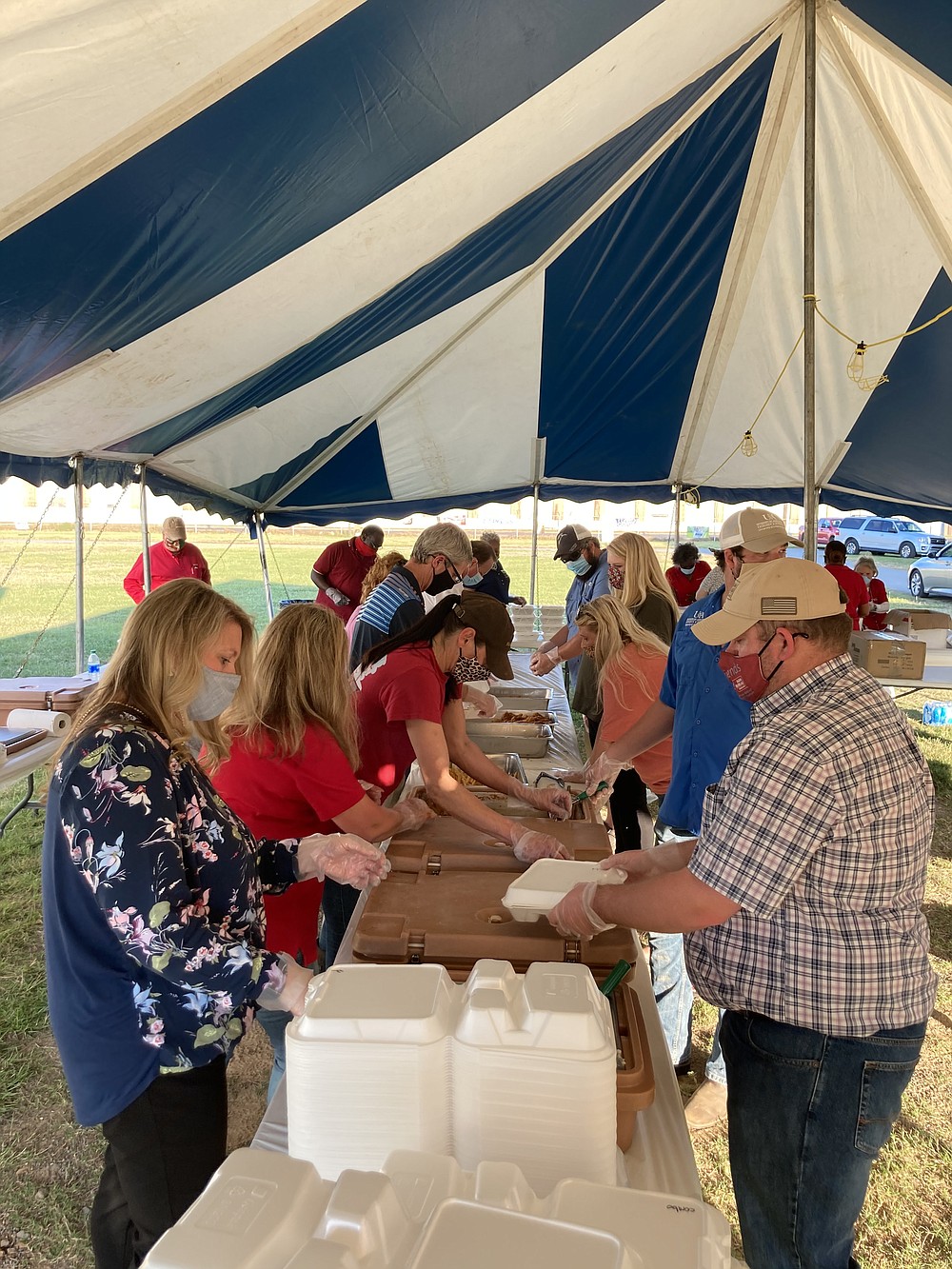