Elliott outraises Hill in October, but his stash dwarfs hers in House race 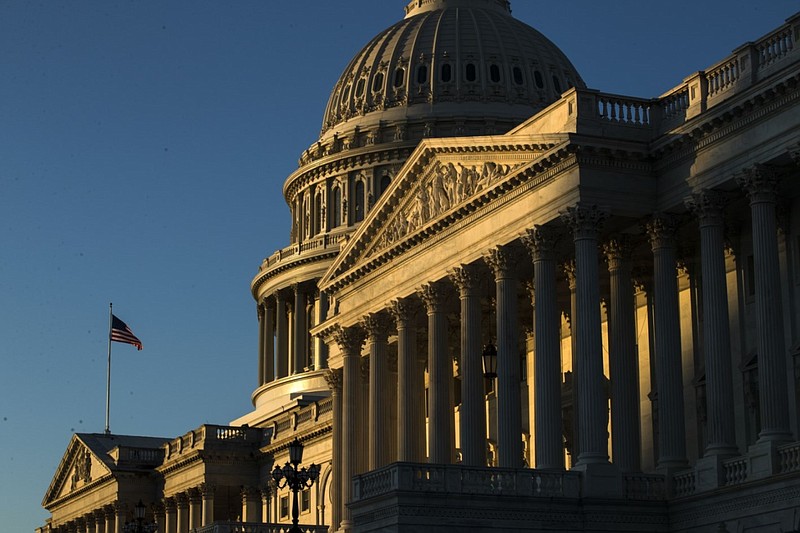 The U.S. Capitol building is illuminated by the rising sun on Capitol Hill in Washington in this Dec. 18, 2019, file photo. (AP Photo/Matt Rourke, File)

Overall, the Little Rock incumbent has raised slightly more money during the election cycle ($3.11 million) than his challenger ($2.95 million), according to reports filed Thursday with the Federal Election Commission.

Less than three weeks before Election Day, the Hill campaign had just over $1 million in cash on hand, while Elliott's campaign coffers contained $261,816, the FEC filings showed.

"Our campaign is in a strong position to close out this election," Hill campaign chairwoman Judith Goodson said in a statement Thursday evening.

"French Hill has kept his promises to the people of Arkansas's Second District by cutting taxes for Arkansas families and small businesses; fighting for affordable healthcare, more choices, and lower prescription drug costs; and stronger Medicare and Social Security," it said.

Thursday was the deadline for filing the pre-general-election report. The next full report won't be due until Dec. 3. However, candidates are required to file 48-hour notices with the FEC whenever they receive contributions of $1,000 or more.

In the U.S. Senate race, Republican incumbent Tom Cotton of Little Rock reported $298,451 in contributions during the first two weeks of the month. He listed total receipts for the cycle of more than $12.8 million and had more than $6.5 million in cash on hand.

Josh Mahony, the Fayetteville Democrat who dropped out of the race nearly a year ago, wasn't required to file this week. He had previously reported receipts and disbursements totaling $372,735.

Dan Whitfield, a Bella Vista independent who failed to qualify for the ballot, had previously reported $68,505 in net contributions and $43,941 in net expenditures through Sept. 30. His cash on hand, at month's end, was $24,157.

In the 3rd Congressional District, Republican U.S. Rep. Steve Womack of Rogers raised $36,498 between Oct. 1-14 and finished the period with more than $1.4 million.

His Democratic challenger, Celeste Williams of Bella Vista, listed contributions of $13,383 and cash on hand of $65,636.

A third candidate, Libertarian Michael Kalagias of Rogers, wasn't required to file because he hadn't raised or spent at least $5,000, the threshold that triggers reporting requirements.

In the 4th Congressional District, Republican U.S. Rep. Bruce Westerman of Hot Springs listed net contributions of $45,871 from Oct. 1-14 and finished the period with just over $1.1 million in cash on hand.

His Democratic opponent, William Hanson of Hot Springs, listed contributions of $948 and cash on hand of $4,936. Hanson, by mid-month, had lent his campaign $69,200.

Republican U.S. Rep. Rick Crawford of Jonesboro is running unopposed in the state's 1st Congressional District. He listed contributions of $12,930 during the reporting period and cash on hand of $251,706.