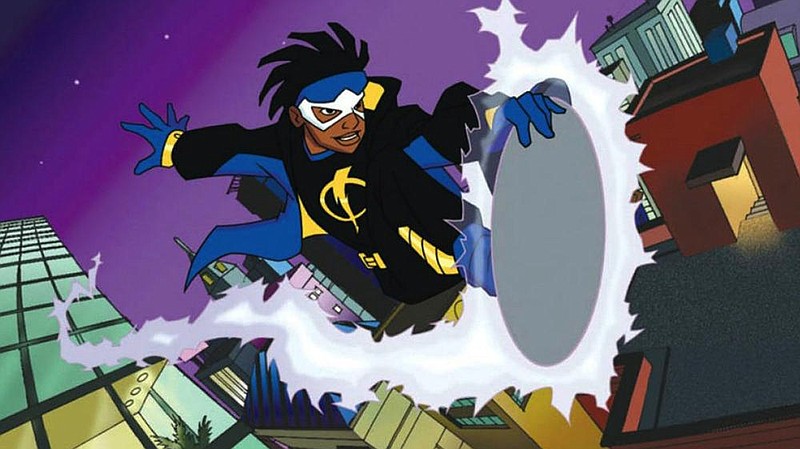 The actor Michael B. Jordan has agreed to produce a live-action version of the early ’00s cartoon “Static Shock,” which was about Virgil Hawkins, a 14-year old Black youth who adopted the secret identity “Static” after exposure to a mutagen gas during a gang fight that gave him electromagnetic powers.

Although I've read my fair share of comics over the last decade, they weren't my gateway to a love of superheroes. Kids growing up today have all these great movies to be their gateway. But as a child of the '90s, I had some amazing cartoons to get me hooked on superheroes.

Two of the greatest animated superhero cartoons of all time peaked when I was still learning how to ride a bicycle, "Batman: The Animated Series" (which won four Emmy Awards) and "X-Men." These shows not only introduced me to characters like Batman and Rogue, but they also paved the way for other animated series to continue instilling a love for superheroes in the hearts of kids.

And one of those animated series was none other than "Static Shock," which debuted in 2000 and ran for four seasons, not a bad span for a cartoon. Even "X-Men" only ran for five seasons (but that last season was pretty bad, so it shouldn't count).

I enjoyed "Static Shock," during its run because Virgil Hawkins (Static) was 14. He was in school and dealing with teenage problems that were relatable. But I'm sure the character meant even more to kids of color growing up because they had front and center representation with this superhero. And Static had his own show! He wasn't a sidekick on somebody else's cartoon. Static had the spotlight.

In the comics, Static debuted in 1993 and would eventually be folded into the mainstream DC Comics universe, joining the Teen Titans in 2008. But I was more excited when he got his own comic series a few years later. Like plenty of other teenagers, I remembered the character from the cartoon I grew up with and was excited to see him have his own modern comic. The same thing ended up happening when "Batman Beyond" made the leap into comic book pages.

And now, Static is getting ready to make another leap onto the silver screen. DC has started work on a "Static Shock" film, and a pretty big name has signed on to produce it. Here's more from The Hollywood Reporter.

"Michael B. Jordan is boarding Warner Bros. and DC's 'Static Shock' as a producer. Jordan will join Reginald Hudlin on the feature project that was first revealed during August's DC FanDome event. He will produce via Outlier Society, his Warners-based banner. 'I'm proud to be a part of building a new universe centered around black superheroes; our community deserves that,' Jordan said."

Jordan is a fantastic actor who has only grown in popularity over the last several years. I loved him in "Creed" and "Creed II." Those were perfect continuations of the "Rocky" franchise, but he ended up filling the center spotlight perfectly. He's such a strong and talented actor.

I can remember three years ago (though after 2020 it feels like longer) when the first trailer for "Black Panther" debuted. Thanks to "Blade," you couldn't call it the first Marvel movie with a Black lead. But what you could call it was damn impressive.

"Black Panther" was slick, action-packed, told a dynamic story and further hyped one of the standout MCU characters from "Captain America: Civil War." And a big portion of all that was one of the MCU's greatest antagonists, Killmonger (played by Jordan).

This is a man who knows when a project has great potential and heart. If he has signed on to "Static Shock," it's because he believes in it. He knows how important it is to bring more Black superheroes to the forefront.

While Marvel is busy resetting the board after its ultimate domination move, "Avengers: Endgame," DC has been busy working on its rebound into good movies, a streak that started with "Aquaman," and continues to this day ("Birds of Prey" was fantastic even if it made no money).

DC has a grand opportunity here to tell an amazing story and tackle some important concerns with "Static Shock."

The cartoon already dealt with heavy issues, which just endeared it to me all the more. What I love about cartoons today is scriptwriters and directors have increasingly realized they can deliver important messages to audiences through the medium of animation.

A great example of this is "Steven Universe," which showed firsthand how important things like love and acceptance are and how painful mental illness can be. The cartoon was groundbreaking in addressing the importance of properly dealing with mental and emotional trauma. It showed audiences that asking for help doesn't make you weak, and in fact, if you refuse help, your mental problems can shatter you.

"Static Shock" tackled problems like gun crimes and gang violence. Static actually lost his mother to an exchange of gunfire between rival gangs. That hangs with him right in the first episode when he's struggling to make the right choices where gang activity is involved.

The cartoon also depicted the challenges of single fathers. Static's dad has to raise a son and daughter on his own after his wife was shot. And that tragedy drives him as a community counselor, trying to keep others from falling into the pitfall of gang violence.

DC can bring all of those themes in the new movie. It has the chance tell a superhero story that isn't just about a group of people teaming up to save the world but instead focuses on something smaller and more relatable, a teenage boy of color trying to define himself after the loss of his mother, trying to make good decisions and avoiding the social temptations that come with high school.

The Marvel movies have been great, but with the exception of "Spider-Man," which franchise has shown a high school student dealing with the aforementioned themes. Unlike Spider-Man, Static won't have a genius, billionaire, playboy, philanthropist to dump high-tech gadgets into his lap and try to guide him along the path of good.

Static has to figure everything out for himself, with the exception of his sidekick and best friend Richie.

DC has been crafting individualized stories on a smaller scale that can deal with more marginalized themes, like how "Shazam!" showed a positive and loving depiction of a foster family. Or how "Birds of Prey" showed the overwhelming beauty of something as mundane as a breakfast sandwich. OK, maybe that's not quite the same, but not a week goes by where I don't think about that sandwich.

The point is I'm looking forward to this movie. I can't wait to see who they cast. Don't mess this up, DC. It's too good of an opportunity to waste playing it safe.