Travel up, but airlines still hurting 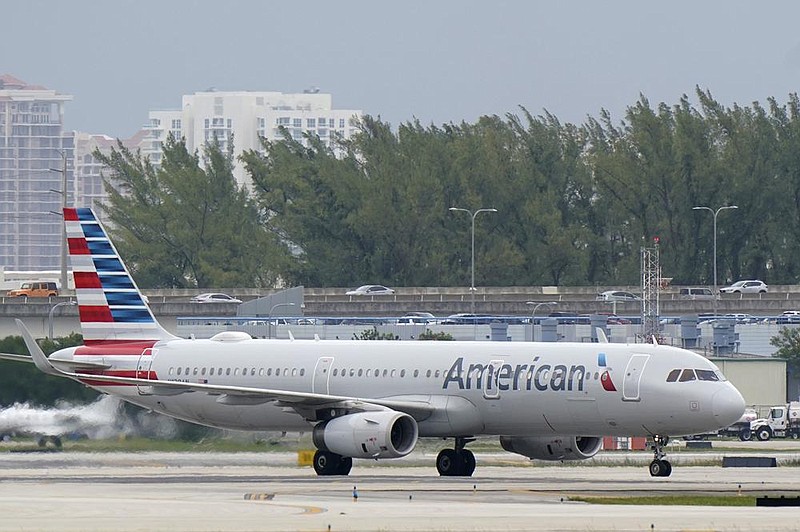 An American Airlines Airbus A321-231 taxies to the gate Tuesday at Fort Lauderdale-Hollywood International Airport in Fort Lauderdale, Fla. Airlines are continuing to see billions of dollars in losses because of the pandemic. (AP/Wilfredo Lee)

DALLAS -- Airlines are piling up billions of dollars in additional losses as the pandemic chokes off air travel, but a recent uptick in passengers, however modest, has provided some hope.

American Airlines on Thursday reported a loss of $2.4 billion and Southwest Airlines lost $1.16 billion in the third quarter, the three months that ended on Sept. 30. It's typically a strong period for air travel that includes most of the summer vacation season. Revenue plunged at both airlines.

Combined with earlier losses reported by Delta and United, the four largest U.S. airlines have lost at least $10 billion in each of the past two quarters. It's an unprecedented nosedive that has caused the once highly profitable airlines to forage for billions of dollars in government aid and private borrowing to hang on until more travelers return.

The airlines, however, are offering upbeat forecasts about Thanksgiving and Christmas travel, even as many states report an increase in confirmed virus cases. Southwest feels confident enough that it will stop blocking middle seats on its planes starting Dec. 1.

Southwest President Tom Nealon said a recent increase in confirmed covid-19 cases doesn't seem to be hurting holiday bookings. That's a sharp contrast to July, when a spike in the virus across the Sun Belt choked off a rise in travel.

"Perhaps because you're not seeing as many hospitalizations and deaths, although both are rising right now, I get that," Nealon said. "But perhaps people haven't been as concerned about it as they were in the past."

Southwest's adjusted loss came to $1.99 per share, better than Wall Street feared. Analysts had forecast a loss of $2.44 per share for the Dallas carrier. Revenue dropped 68% to $1.79 billion; analysts predicted $1.68 billion.

American, based in Fort Worth, said its loss after one-time gains and losses was $5.54 per share. That was also better than expected, as analysts surveyed by Zacks Investment Research forecast a loss of $5.62 per share. Revenue tumbled 73% to $3.17 billion, above the analysts' prediction of $2.8 billion.

American is burning through cash -- $44 million a day in the third quarter -- at a much faster rate than Delta, United or Southwest. American signaled Thursday that it will raise another $1 billion by issuing new shares and will defer delivery of 18 Boeing jets to conserve cash.

Alaska Air Group Inc. reported a loss of $431 million. The Seattle company said that removing one-time gains and costs, the loss came to $3.23 per share, which was wider than the $2.86 per share loss predicted by analysts. Revenue dropped to $701 million, slightly better than Wall Street expected.

Southwest Chief Executive Officer Gary Kelly on Thursday urged Washington to approve more pandemic relief, including a six-month extension of $25 billion in aid to airlines. Without it, he said, his airline can't afford to maintain jobs and full pay.

Southwest plans to cut pay for nonunion workers by 10% in January and has demanded that unions accept lower pay or risk furloughs.

Air travel in the U.S. has recovered slowly in recent months, topping 1 million daily passengers Sunday for the first time since March. However, air travel in October is still down 65% from a year ago. Business travelers, who fly more often and pay higher fares, are still mostly absent.

"Really the difference is going to be when business travelers start hitting the airways again, something that is modestly starting up but is nothing close to what we need," American CEO Doug Parker told CNBC.

With business travelers sidelined, airlines are more dependent on price-conscious leisure flyers. The average Southwest customer paid 20% less than a year ago.

The airlines are slashing costs to survive on a fraction of their usual revenue. They have cut work forces by persuading thousands of employees to leave -- and in the case of American and United, furloughing 32,000 workers between them this month. The airlines are still hoping for another $25 billion from Congress and the White House that American said would allow it to recall furloughed employees.

Southwest and Delta are among a handful of airlines still limiting capacity by blocking middle seats to reassure passengers who are nervous about packed planes during a pandemic. Southwest said it will drop that policy in December because of "science-based findings from trusted medical and aviation organizations" about how covid-19 is spread.

There is a financial angle too, as flights become more full. Southwest said it turned away $20 million in ticket sales in September and estimated it could lose $40 million in November. Delta plans to stop blocking seats in the first half of next year. American and United have long tried to fill every seat. 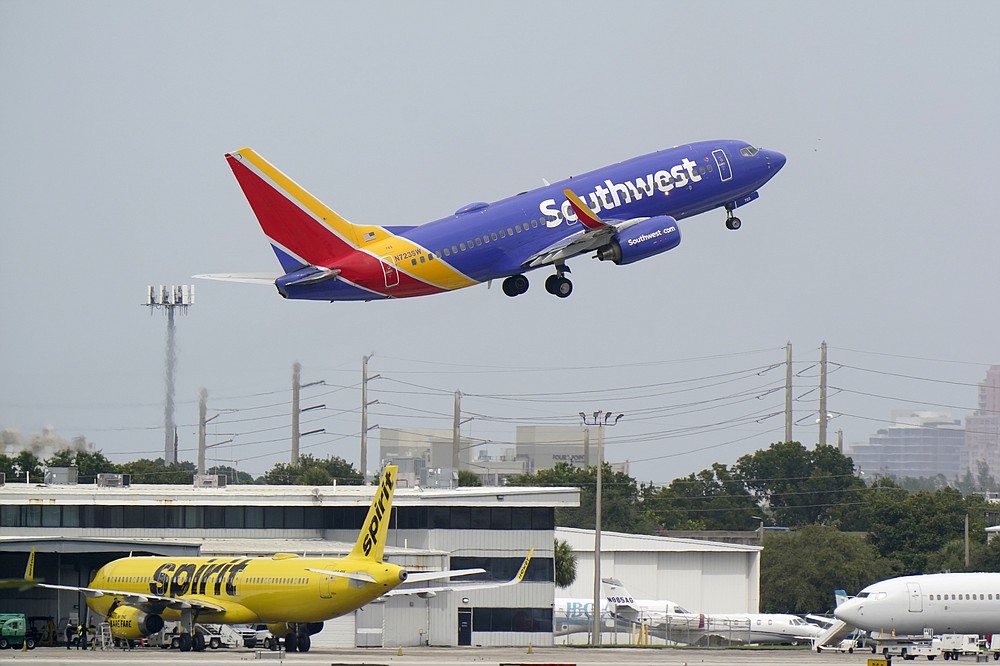 A Southwest Airlines Boeing 737-7H4 takes off, Tuesday, Oct. 20, 2020, from Fort Lauderdale-Hollywood International Airport in Fort Lauderdale, Fla. Airlines are continuing to pile up billions of dollars in losses as the pandemic causes a massive drop in air travel. Southwest Airlines on Thursday, Oct. 22, lost $1.16 billion in the normally strong third quarter, which includes most of the summer vacation season.(AP Photo/Wilfredo Lee)
ADVERTISEMENT