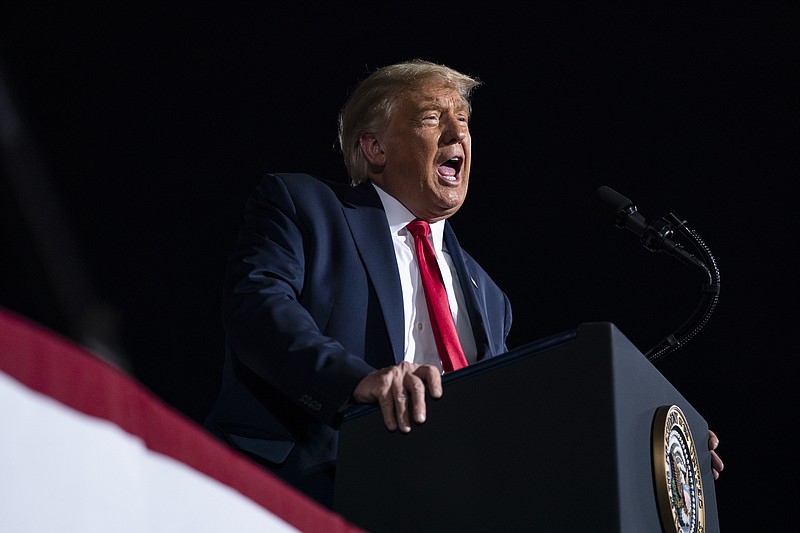 NEW YORK -- President Donald Trump posted unedited video of interviews that he and Vice President Mike Pence gave to "60 Minutes" before its broadcast this weekend.

The video released Thursday shows an increasingly agitated president parrying with interviewer Lesley Stahl on issues like the coronavirus, health care and his demeanor on social media before he abruptly ended the session.

With Pence, Stahl said the men had insulted "60 Minutes" by giving campaign speeches and not answering questions.

"I feel aggrieved," she said.

The president, in following through on a threat to make the full interviews public, tweeted that the public should compare Stahl's "constant interruptions and anger" with his "full, flowing and 'magnificently brilliant' answers."

CBS News said Trump's actions won't change its plans for Sunday's broadcast, when the presidential interview will air, along with a separate one with former Vice President Joe Biden.

At the start of the interview, Stahl asked Trump, "are you ready for some tough questions?"

"Just be fair," the president said.

When Stahl asked him about priorities for a second term and Trump talked about having created "the greatest economy in the history of the country," Stahl immediately broke in.

"You know that's not true," she said.

Trump objected and said she wouldn't address Biden in the same manner.

Stahl -- who, like Trump, was hospitalized with covid-19 and recovered -- said she could not believe that after a Rose Garden event that led to several people contracting the virus that the president was not strongly encouraging people to wear masks at his campaign rallies.

She then told Trump, "you used to have bigger rallies." The president objected to the characterization and complained that Stahl was being negative.

Trump brought up allegations against Biden's son, Hunter, and his work overseas, saying that "it's one of the biggest scandals we've ever seen, and you're not covering it."

"Because it can't be verified," Stahl said.

"It's not attack," Trump said. "It's defense against attacks."

When an offscreen voice gave the two a five-minute warning for the end of the interview, Trump said "I think we've had enough" and walked away. He declined to participate in a brief, planned appearance with Pence.

When she sat down with Pence, Stahl wondered what just happened.

"Lesley, President Trump is a man who speaks his mind," the vice president said. "I think it's one of the great strengths he's had as president of the United States. The American public always knows where they stand, and he's always ready to make the case for the American people and the case for the progress we've made for the past three and a half years."

Toward the end of their interview, Stahl said both men had insulted "60 Minutes" by giving campaign speeches instead of answering questions.

"There is this kind of anticipation that people in power are held to account and they answer questions from the public," she said. "Not from me, the public, and I feel you didn't do that, and I'm upset."

"Well, Lesley, I appreciate the speech that you just gave," Pence replied. "But I've answered all your questions, and I've spoken about things the American people care about. The American people want a president who puts the health of Americans first."

Stahl chuckled. "Look at what you're doing right now," she said. "You're giving a speech."

CBS News called the White House's decision to release the tapes unprecedented and said it broke an agreement the network had with the administration. 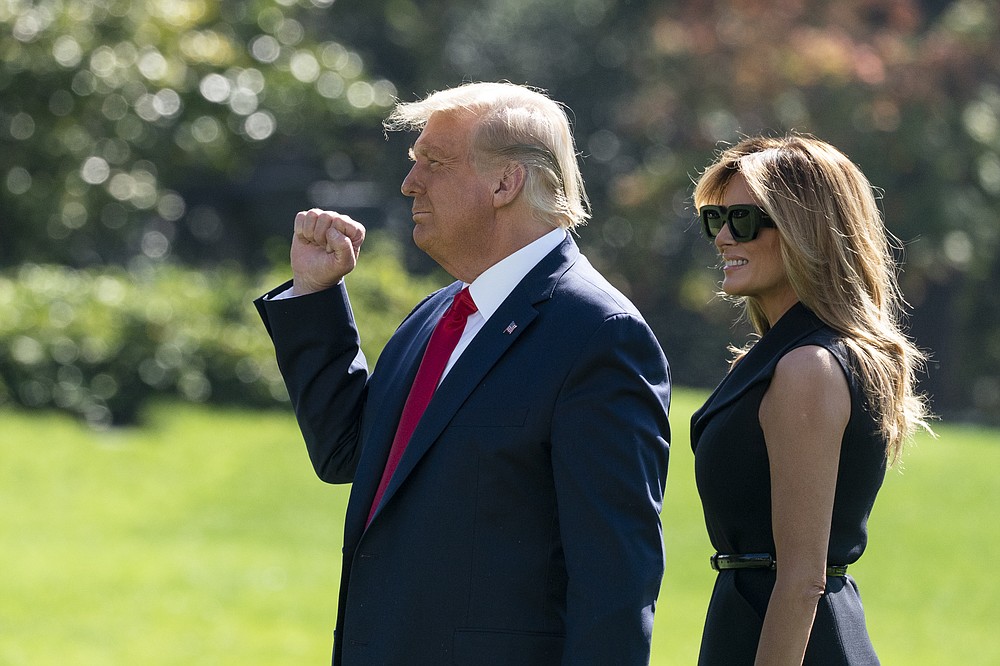 President Donald Trump pumps his fist, accompanied by first lady Melania Trump, as they walk to board Marine One on the South Lawn of the White House, Thursday, Oct. 22, 2020, in Washington. Trump is headed to Nashville, Tenn., for a debate. (AP Photo/Alex Brandon) 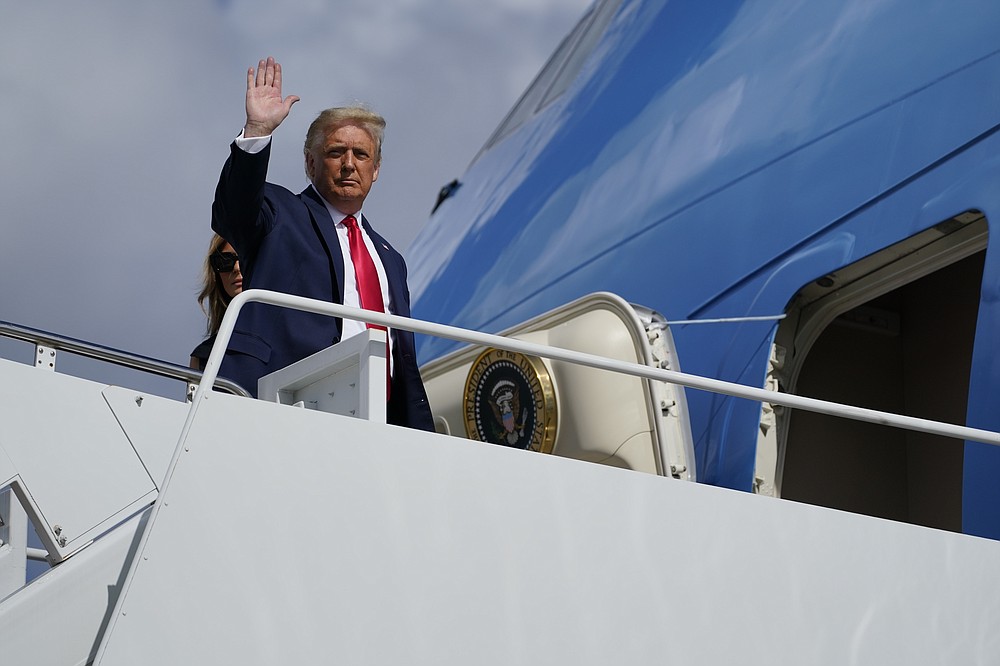 President Donald Trump waves as he and first lady Melania Trump board Air Force One to travel to Nashville, Tenn., for the presidential debate, Thursday, Oct. 22, 2020, in Andrews Air Force Base, Md. (AP Photo/Evan Vucci)
ADVERTISEMENT