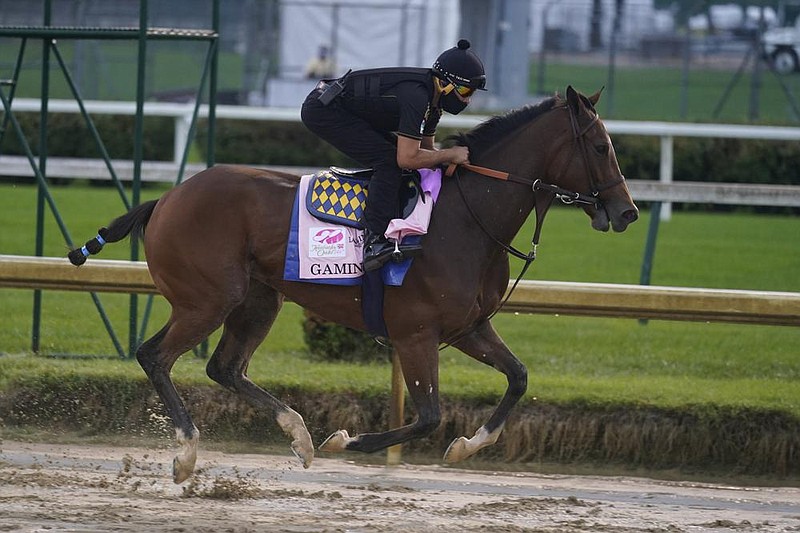 Two-time Grade I winning filly Gamine has tested positive in a postrace drug test for the second time this year, making it the third positive test by a horse in trainer Bob Baffert’s stable in the past six months. (AP file photo)

A filly trained by two-time Triple Crown winner Bob Baffert has tested positive in a postrace drug test for the second time this year, making it the third positive test by a horse in Baffert's stable in the past six months.

Craig Robertson, Baffert's attorney, issued a statement confirming Gamine's test results after her third-place finish as the 7-10 favorite in the Kentucky Oaks at Churchill Downs on Sept. 4. The two-time Grade I winner tested positive for betamethasone, a corticosteroid, which Robertson said is "a legal, commonly used anti-inflammatory medication."

Gamine's first positive test came after a race at Oaklawn Racing Casino Resort in May.

The New York Times reported the latest post-race positive for Gamine on Thursday, citing two unidentified sources. Robertson suggested the newspaper's description of betamethasone as a "banned substance" is inaccurate.

The Kentucky Public Protection Cabinet, which regulates horse racing, first tweeted Thursday that one of the primary samples from a horse that ran Sept. 4 indicated a Class C medication violation. Baffert's attorney later identified the horse as Gamine.

Betamethasone is a Class C drug that is allowed in Kentucky as a therapeutic. However, state rules require at least a 14-day withdrawal time, and any level of detection on race day is a violation. The penalty for a first offense for a trainer is a fine of at least $1,000, without mitigating circumstances.

A split sample for Gamine will be tested to confirm the initial positive. Baffert is training Gamine for the Breeders' Cup Filly & Mare Sprint at Keeneland in Kentucky in early November.

Baffert's attorney said the drug was administered to Gamine on Aug. 17 -- 18 days before the Kentucky Oaks -- and the veterinarian followed medical and regulatory guidelines.

After Gamine won at Oaklawn on May 2, she tested positive for lidocaine and was disqualified when split-sample testing confirmed the initial positive. Lidocaine is a local anesthetic that is allowed, but requires at 72-hour withdrawal time. It falls in the Class B category, which calls for stiffer penalties.

Baffert is appealing his 15-day suspension by Arkansas stewards. He blamed the positive test on environmental contamination linked to a pain patch worn by assistant trainer Jim Barnes.

The same day Gamine tested positive at Oaklawn, another Baffert horse also failed a postrace test. Charlatan, who won a division of the Arkansas Derby, also tested positive for lidocaine and was disqualified. Baffert is appealing that decision. Charlatan missed the reconfigured Triple Crown series because of an ankle injury and hasn't raced since May 2.

Robertson said Gamine's test revealed 27 picograms of betamethasone. The current threshold in Kentucky is zero after the state lowered the allowable threshold from 10 picograms in August.

"The thresholds for many lawful medications such as betamethasone are way too low," Robertson said. "A picogram is a trillionth of a gram -- 27 picograms is a minuscule amount that would not affect a thousand pound animal. The regulations governing racing must be ones that are related to pharmacology in a horse as opposed to how sensitive labs can test." 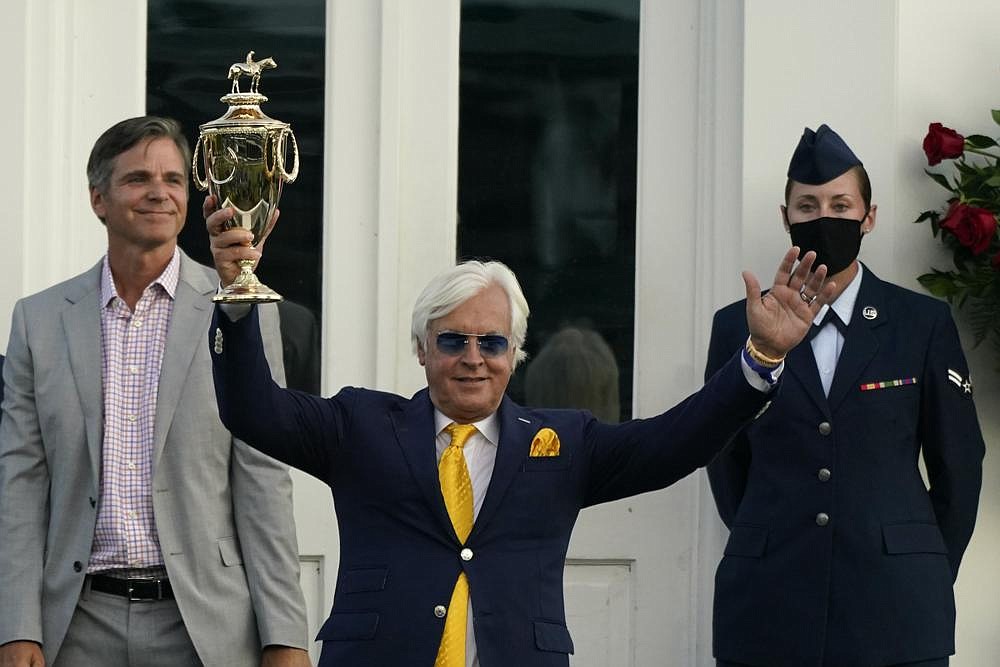 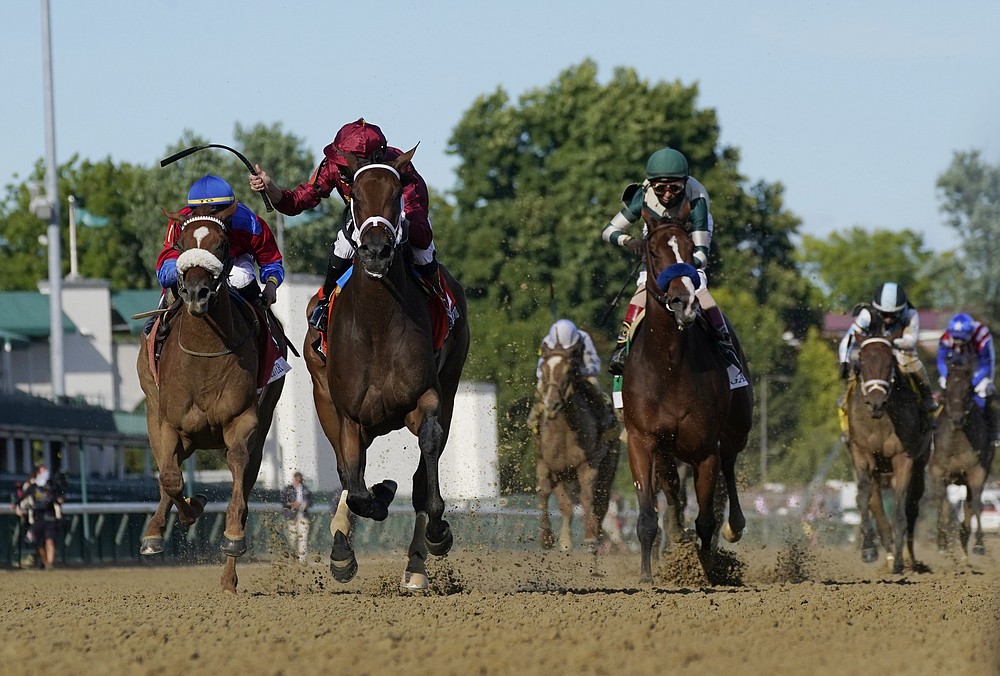 FILE - In this Sept. 4, 2020 file photo, Florent Geroux riding Shedaresthedevil crosses the finish line ahead of Tyler Gaffalione on Swiss Skydiver, left and John Velazquez riding Gamine to win the 146th running of the Kentucky Oaks at Churchill Downs in Louisville, Ky. Gamine, trained by two-time Triple Crown winner Bob Baffert, has tested positive in a post-race drug test for the second time this year, making it the third positive test by a horse in Baffert’s stable in the last six months. Craig Robertson, Baffert’s attorney, issued a statement confirming Gamine’s test results after her third-place finish as the 7-10 favorite in the Kentucky Oaks. (AP Photo/Jeff Roberson, File)
ADVERTISEMENT