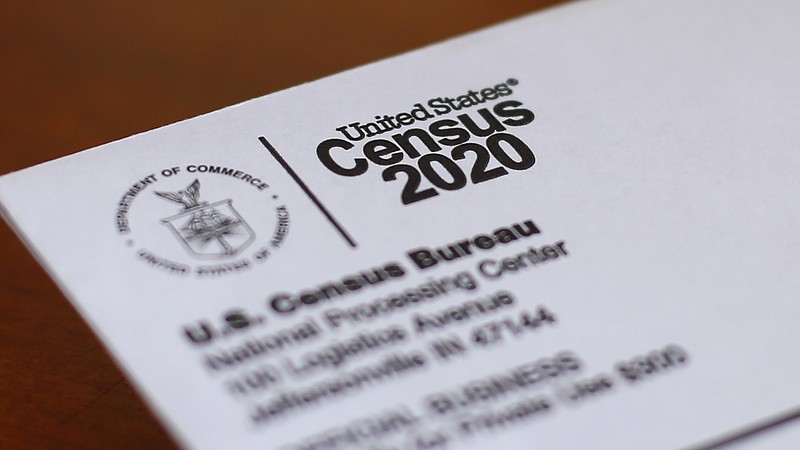 FILE - This Sunday, April 5, 2020, file photo shows an envelope containing a 2020 census letter mailed to a U.S. resident in Detroit. On Tuesday, Oct. 13, 2020, the U.S. Supreme Court stopped the once-a-decade head count of every U.S. resident from continuing through the end of October. (AP Photo/Paul Sancya, File)

From tribal lands in Arizona and New Mexico to storm-battered Louisiana, census workers who go door to door were unable to reach all the households they needed for a complete tally of the U.S. population, a count that ended last week after a Supreme Court ruling.

Community activists, statisticians and civil rights groups say racial and ethnic minorities are historically undercounted, and shortcomings in the 2020 census could set the course of life in their communities for years to come.

The count determines the number of congressional seats each state gets, where roads and bridges are built, how schools and health care facilities are funded, and how $1.5 trillion in federal resources are allocated annually.

The census ended last week after the Supreme Court sided with the Trump administration and suspended a lower court order allowing the head count to continue through Oct. 31.

The Census Bureau said that overall, it reached more than 99.9% of the nation's households, but in a nation of 330 million people, the remaining 0.1% represents hundreds of thousands of uncounted residents.

Also, a high percentage of households reached does not necessarily translate to an accurate count. The data's quality depends on how it was obtained. The most accurate information comes from people who "self-respond" to the census questionnaire online, by phone or mail. Census officials say 67% of the people counted in the 2020 census responded that way.

In any case, census takers, who go door to door, fell short of reaching all the households that hadn't filled out the census form in many pockets of the country.

In large parts of Louisiana, which was battered by two hurricanes, census takers didn't even hit 94% of the households they needed to reach. In Window Rock, the capital of the Navajo Nation on the Arizona-New Mexico border that was ravaged by covid-19, census takers only reached 98.9%.

According to the Census Bureau, census takers reached 99.9% of the households they needed to contact in most of the 248 census areas the bureau designated across the U.S. They fell short of 99.9% in Quincy, Mass.; New Haven, Conn.; Asheville, N.C.; Jackson, Miss.; Providence, R.I., and Manhattan, N.Y., where neighborhoods emptied out in the spring because of the coronavirus.

Rhode Island is one of about 10 states projected to lose a congressional seat, based on anticipated state population figures in the 2020 census. It could take as few as 30,000 overlooked people for the nation's physically smallest state to revert back to having a single House district, said John Marion, executive director of Common Cause Rhode Island, a nonprofit watchdog.

"Do not be fooled by the Census Bureau's 99% myth. If there was ever fake news, this is it," said Marc Morial, president and CEO of the National Urban League, one of the civil rights groups that challenged the Trump administration's census schedule in court.

Census Bureau director Steven Dillingham said Monday that a first look at the data collection operation indicates "an extremely successful execution." He noted that the 67% self-response rate this year was higher than the 66.5% reached during the 2010 census.

Civil rights groups and others are pushing Congress to extend the bureau's deadline for turning in apportionment numbers for congressional seats from Dec. 31 to the end of next April.

The Trump administration said the Census Bureau needed to end the count early to meet the Dec. 31 deadline.

On Wednesday, bureau officials said in a conference call with the news media that the deadline can be met by working around the clock and with technological advances in computer processing. 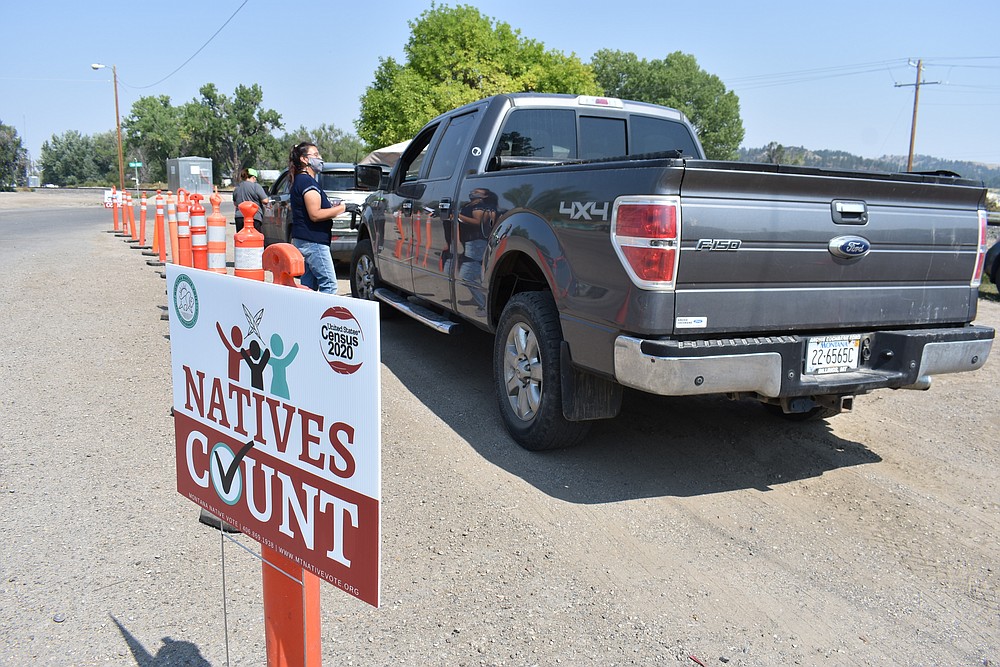 Vehicles stop at a drive-thru U.S. Census participation campaign organized by Montana Native Vote on the Crow Indian Reservation in Lodge Grass, Mont. on Wednesday, Aug. 26, 2020. There have always been geographic and cultural challenges to Census taking on Native lands, but the pandemic dealt a devastating setback. (AP Photo/Matthew Brown)
ADVERTISEMENT