Coaches search for positives while dealing with outbreak 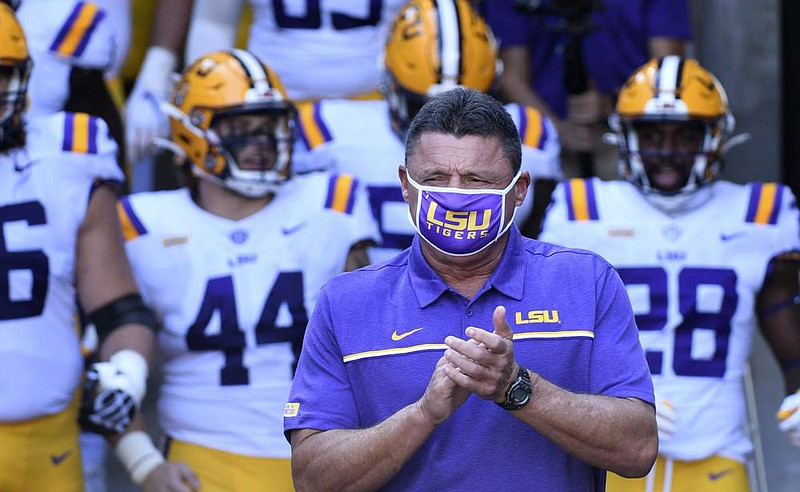 LSU Coach Ed Orgeron has dealt with most of his team contracting covid-19 before the season started, so he hopes those players won’t catch it a second time. (AP/L.G. Patterson)

A few days before the long-awaited start of the Big Ten football season, Ohio State Coach Ryan Day was not about to celebrate a win over covid-19.

"To look at it like it's been a success right now would be premature because we have two more months," Day said. "This is not a week-to-week thing. It's all the way until January. We might be good for two weeks, three weeks, four weeks, five weeks. We stub our toe and have an outbreak and lose games. We can't afford to do that."

This goes for all of college football teams as they try to play through the pandemic. Coronavirus outbreaks at Baylor, Memphis, Arkansas State University, Notre Dame, Florida and elsewhere have forced programs to shut down for as much as two weeks. As of Thursday, 34 games involving Football Bowl Subdivision teams have been postponed or canceled.

On the other side of an outbreak, though, things can be less stressful for teams and their coaches. Before the SEC opened its season last month, LSU Coach Ed Orgeron gave voice to the unexpected upside of having had a large number of players infected.

The Centers for Disease Control and Prevention recommends that infected individuals not be tested for covid-19 for 90 days after recovery unless they show symptoms. Researchers have found reinfection is unlikely for about three months, and there have been few documented cases of reinfection for covid-19 worldwide.

Those who have been infected are also exempt for 90 days from being contact traced into a 14-day quarantine for being exposed to an infected individual.

All the major college conferences are following those recommendations for previously infected individuals in their covid-19 protocols.

Florida, which had to postpone its last two games, has more than two dozen players and coaches who have tested positive for the virus and had to isolate for at least 10 days. Florida has not said how many players were forced to quarantine as close contacts, but Coach Dan Mullen did acknowledge he would have had fewer than 50 players available last week.

When Florida gets past this, all those who tested positive will be in the clear for the rest of the season.

The Gators are hardly celebrating. Mullen, who also tested positive, said the team won't practice again until Monday, and even then won't have all its players available to prepare for Missouri on Oct 31. Florida's other postponed game, against LSU, has been moved to Dec. 12.

The timing of Notre Dame's outbreak was a little better. The Fighting Irish postponed their game at Wake Forest on Sept. 24 and had an open date the next week. Notre Dame had 25 players test positive.

That's 25 fewer players to worry about the rest of the season, though Coach Brian Kelly was concerned about not having much flexibility left on the schedule if Notre Dame has another outbreak.

"There's no wiggle room for the kind of setback that we've had," Kelly said.

The CDC this week changed its definition of a close contact in a way that could make it tougher for teammates who spend a lot of time with one another to avoid quarantine in future outbreaks.

Any immunity built up within a group decreases the likelihood of an outbreak within the group, but epidemiologist Zachary Binney at Emory University said the way football teams tend to operate could present opportunities for multiple outbreaks within a big roster.

In the Big Ten and other conferences that will be starting their seasons over the next few weeks, there is no room to get any of the residual benefits that come with getting through an outbreak.

The Big Ten is set to play a nine-week schedule with no breaks. If a game can't be played, there is no way to make it up. Plus, the Big Ten has the strictest return to play protocol of any conference: Athletes who test positive will be out of competition for at least 21 days.

Dr. Jim Borchers, team physician at Ohio State, said the 21-day rule was not put in place as a way to get coaches and players to take the covid-19 protocols more seriously. It might be a byproduct, though.

"I think in the Big Ten's protocol, the need for an extensive evaluation in return to activity ... I hope that that is certainly going to promote that the best thing to do is to prevent the infection," he said. 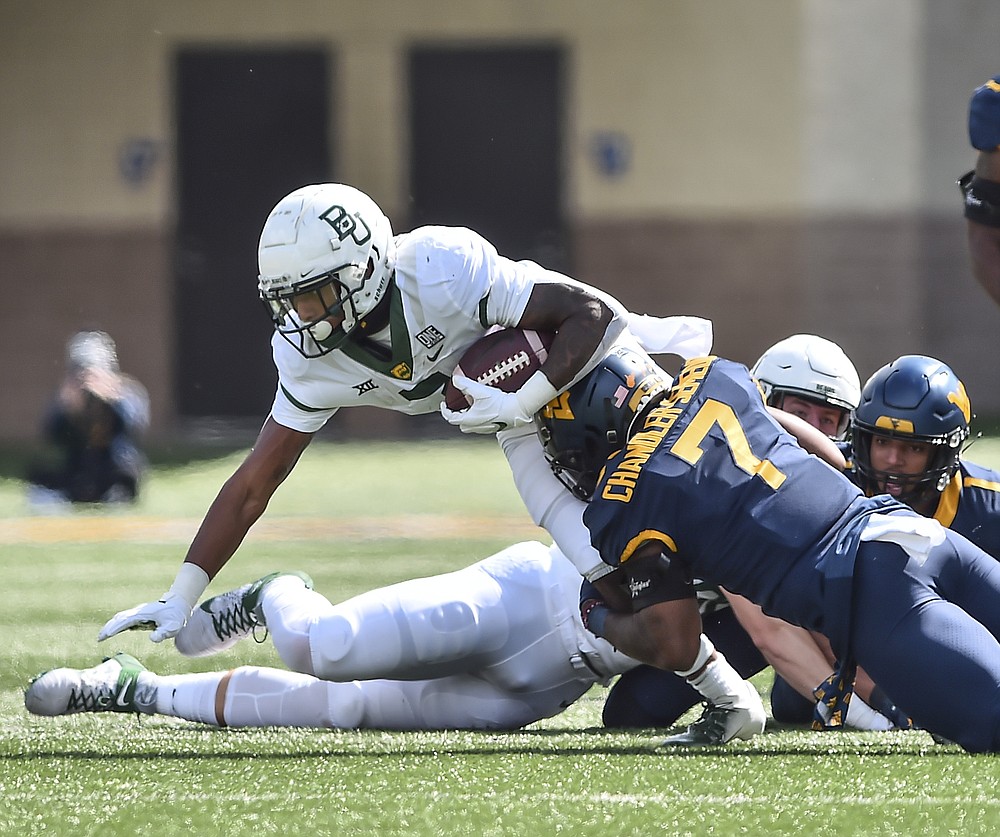 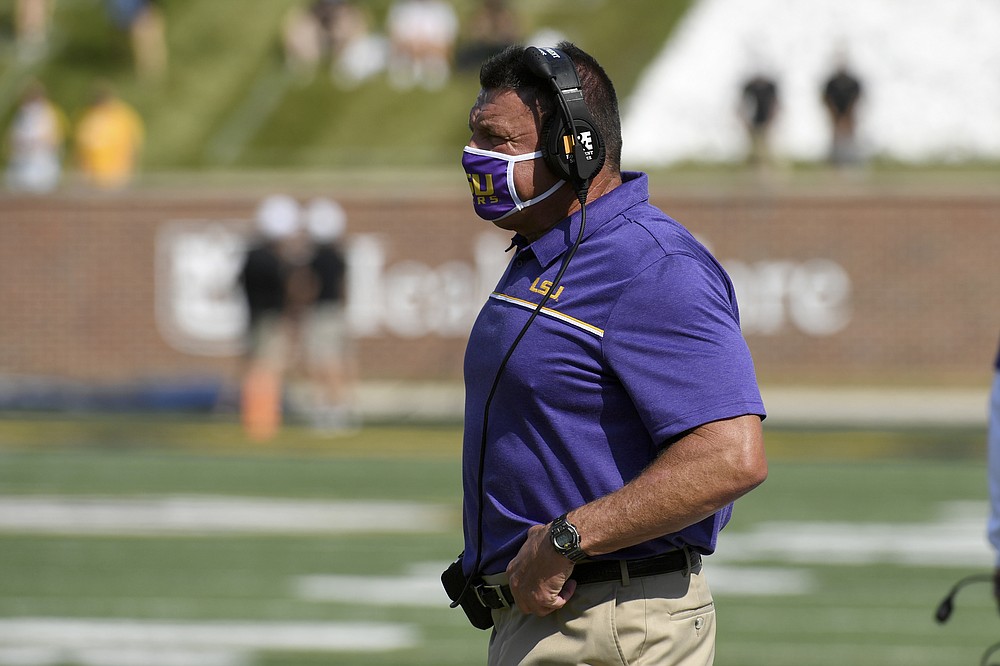 LSU head coach Ed Orgeron watches from the sidelines during the first half of an NCAA college football game against Missouri Saturday, Oct. 10, 2020, in Columbia, Mo. (AP Photo/L.G. Patterson)
ADVERTISEMENT