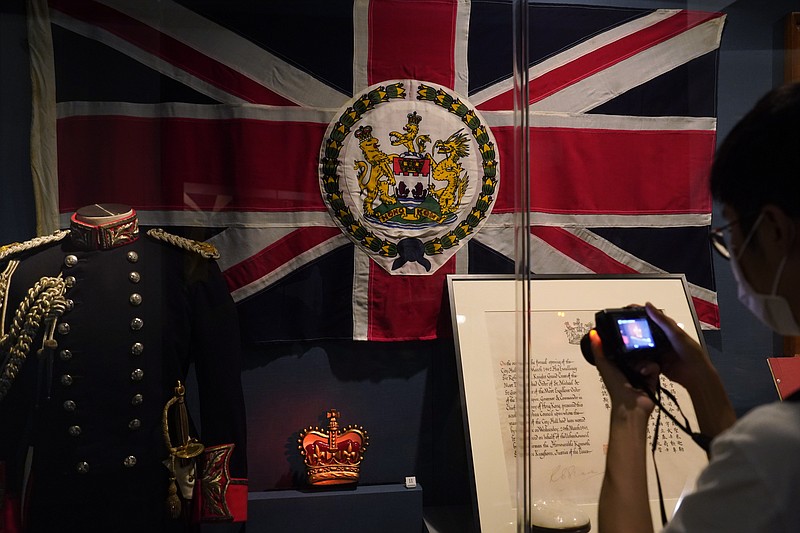 BEIJING -- China's Foreign Ministry said Friday that it may decide not to recognize British-issued passports for Hong Kong residents in retaliation for London's moves to open a path to citizenship for those holding the documents.

Ministry spokesperson Zhao Lijian said that Britain had "violated its promises" and "played up" the issue of the British National [Overseas] passports.

Britain said in May that it would allow holders of such passports extended stays and the possibility of citizenship, prompting thousands of Hong Kongers to rush to renew or apply for them as Beijing steps up restriction on political expression.

Hong Kong reverted from British to Chinese rule in 1997 and the sides have increasingly feuded over civil rights in the territory. Britain accuses China of failing to live up to its pledges to maintain freedoms in the special administrative region, while Beijing says London is interfering in its internal affairs.

Differences have sharpened since China in June imposed a sweeping national security law on Hong Kong in response to months of anti-government protests last year. London suspended its extradition treaty with the territory and has offered political asylum to persons targeted under the new legislation.

"The British side violated its promises, insisted on going its own way and repeatedly played up the issue of BNO Passports," Zhao told reporters at a daily briefing.

"As the British side violated its commitment first, China will consider not recognizing the BNO Passport as a valid travel document, and reserves the right to take further measures," Zhao said.

More than 300,000 of Hong Kong's 7 million residents hold BNO passports, according to the U.K., more than double the number four years earlier. Those who qualify can apply for visas enabling them and their immediate family members to live and work in the U.K. and eventually apply for citizenship, the British government says.

However, they must show they have the means to support themselves in the U.K. for six months, and will not be entitled to public support.